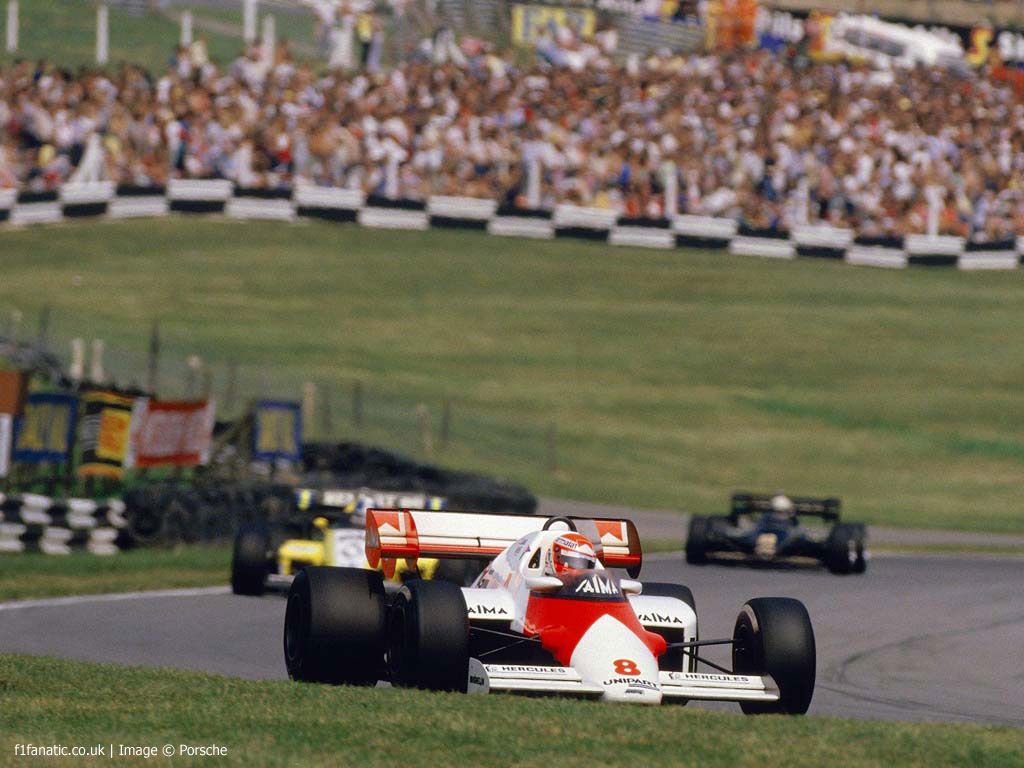 Ron Dennis arrived at McLaren in September 1980. The team that scored 11 points that year won a race within 12 months of Dennis taking control.

Since then they’ve added seven constructors’ titles and ten drivers’ championships with a roster of F1’s greats like Niki Lauda, Alain Prost and Ayrton Senna.

Now Dennis has announced he is stepping down as team principal and handing over to Martin Whitmarsh. Here’s how Dennis transformed the team Bruce McLaren founded in 1966 into one of the most successful F1 outfits of all time.

When Ron Dennis arrived as team principal in 1980 the team, which had last won the championship four years earlier, was in a state. The cars were off the pace and unreliable. Main sponsor Marlboro had grown impatient with Teddy Mayer’s management of the squad, and pressed Dennis into the role to sort things out.

He worked quickly – though not quickly enough to keep hot-shot rising talent Alain Prost from walking out at the end of 1980 after one suspension failure too many. No matter. He would be back.

John Barnard was the first of a series of ace designers to work at McLaren, and Dennis’s deal with Hercules made Barnard’s vision of the first carbon fibre monocoque a reality. It revolutionised race car technology, bringing new levels of lightness, stiffness and strength. Andrea de Cesaris infamously tested the cars to destruction in 1981, while John Watson gave Dennis-era McLaren its first victory, appropriately on home ground at Silverstone.

Dennis kept the big deals coming. The Marlboro coffers were raided for a multi-million dollar deal to bring Niki Lauda back from retirement in 1982. With teams converting en masse to turbo power, he persuaded TAG to bankroll Porsche’s development of a 1.5-litre engine which first appeared in the car in 1983.

And in 1984 (pictured top) TAG-Porsche powered McLarens stormed to both championship, with Lauda famously pipping McLaren returnee Prost by half a point. Another pair of titles followed in 1985, with Prost taking the drivers’ title this time. Against fearsome opposition from the Williamses of Nigel Mansell and Nelson Piquet, Prost did it again in 1986.

Just as Dennis has been renowned for his vision, so his people management skills have often come under fire. Even some of his longest serving employees have confessed to finding him unfathomable: Jo Ramirez wrote in his autobiography:

During all the time that I worked for Ron, he’d always been very supportive, very complimentary about my work. He’d often valued my opinion and, if I made a decision, he usually backed me up. Whenever I was wrong, he showed me a better way. Luckily I never had any major personal or health problems, but if I had, I’m sure he’d have helped me out, as he has countless McLaren employees who’ve had misfortunes. In 2001 [when Ramirez retired], he convinced me to stay as long as possible. […]

Ron Dennis is one of the greatest creators in the sport. As a leader, he inimitable. He has the strongest vision for the future that I’ve ever seen in anyone, and one is constantly learning from him. As a friend you couldn’t have a better one; as an employer, the McLaren record of staff retention speaks for itself. Is it the job that turned him into someone he’d probably rather not be?
“Jo Ramirez: Memoirs of a Racing Man”

Lauda’s retirement in 1985 was one of those infamous occasions where Dennis’s attitude astounded onlookers, as he failed even to mentioned Lauda at a press conference held to announce the Austrian’s retirement.

Keke Rosberg and Stefan Johansson proved only short-term replacements for Lauda. In 1988 Dennis finally got Ayrton Senna behind the wheel of a McLaren, having first tried to sign him five years earlier.

The ferocity of the battle that ensued between Senna and Prost over two seasons at McLaren has become part of F1 folklore. Dennis has always insisted that accusations of favouritism on either side was no more than simple rivalry, and repeated that position as recently as last week.

With Alain he was always very concerned that Ayrton would be favoured by Honda as regards to the engine. So the race engines would be lined up, engine numbers would be written on pieces of paper, put in a hat and they would draw for their engine choice. It was simplistic but the easiest way to ensure that there was no bias on engines.

Prost stormed out after 1989, taking the drivers’ title with him, but that left Senna clear to claim the next two titles. By the end of 1991, McLaren had won four consecutive constructors’ and drivers’ championships. But in later years accusations that Dennis’s policy of driver equality was not all he claimed would return.

In the mid-’90s the team lapsed in form and endured three win-less seasons from 1994-6. Senna’s considerable retainer had sapped development costs, and the abrupt departure of Honda in 1992 left Dennis searching for a new engine supplier. Lamborghini and Puegeot were rejected before he settled on Mercedes, who remain with the team today.

It was also at this time, having followed a prolonged period of crushing dominance with three years in the wilderness, that Dennis signed a 13 year-old kart racer named Lewis Hamilton on a long-term contract.

The team resumed its dominant position in 1998. Dennis had once again brought together a near-ultimate line-up. The MP4-13 was designed by Adrian Newey, the design genius a clear successor to Barnard and Gordon Murray. The Mercedes engine was among the most powerful on the grid, Bridgestone mastered the new grooved tyres, and Mika Hakkinen was at the very least the next best thing to Michael Schumacher.

The fact that Schumacher never drove for McLaren is an indicator of how serious Dennis was about having the two best drivers available to him rather than just one. There’s no questioning the attractiveness of Schumacher to Mercedes – and from the video below it’s clear Dennis respected his talent too – but would Schumacher have accepted having Hakkinen in the other car?

Post-Hakkinen, the team struggled to find its way. Dennis’s efforts were occupied by building the new McLaren Technology Centre. Its original title ‘Paragon’ speaks volumes about how he views the team he made his own.

With Kimi Raikkonen Dennis failed to re-capture the magic there had been with Hakkinen – and Juan Pablo Montoya was a dubious choice for McLaren right from the off. The out-spoken Colombian won races for the team but the personality match seemed as poor as it had been when Nigel Mansell briefly drove for Dennis in 1995.

The 2007 season should have been McLaren’s triumphant return to form. Dennis had leapt at the opportunity to grab two-time world champion Fernando Alonso from Renault. Meanwhile the Hamilton plan had borne fruit, and the talent Dennis had spotted in 1998 had won the Formula Three Euroseries and GP2 championship in consecutive seasons. A race seat at McLaren for the new season was his reward.

McLaren went to Valencia for a lavish launch in Alonso’s home country. But he and Dennis failed to gel, and Alonso was talking to former team boss Flavio Briatore about a return to Renault as early as March.

The 2007 season could not have been worse for the team. The drivers fell out, Alonso seized every opportunity to lambast the team in the press, and the team was hauled before the FIA for allegedly using confidential information belonging to Ferrari. A controversial series of FIA enquiries saw McLaren thrown out of the constructors’ championship and fined $100m. Dennis’s annus horribilis was complete when he later revealed he had separated from his wife.

The right time to leave

Dennis had begun plans for his retirement several years earlier, preparing Martin Whitmarsh to take over at the head of the team.

But leaving at the end of 2007 would have been tantamount to defeat – an acceptance that the charges levelled at him by the FIA and Alonso in 2007 carried weight. Dennis wanted to leave on a high, and in 2008 his protege handed him the means to do just that. Hamilton captured the championship in an unprecedented end to the season, grabbing a vital extra point in the dying seconds of the race.

Perhaps when Hamilton crossed the line in fifth place that was when Dennis knew the time was right for him to step down from them helm.

McLaren will always be the team that Bruce McLaren created. And in almost three decades in control of it Dennis has preserved its original identity, even launching new cars in the outfits’ traditional bright orange from time to time. Dennis is McLaren through and through, and he insists he will remain highly active in the team’s wider business interests.

He is not universally liked, but who is that has achieved such enormous success?

McLaren hasn’t just built racing cars in Dennis’s time, it has created racing heroes. And that is why we are witnessing the end of an era.