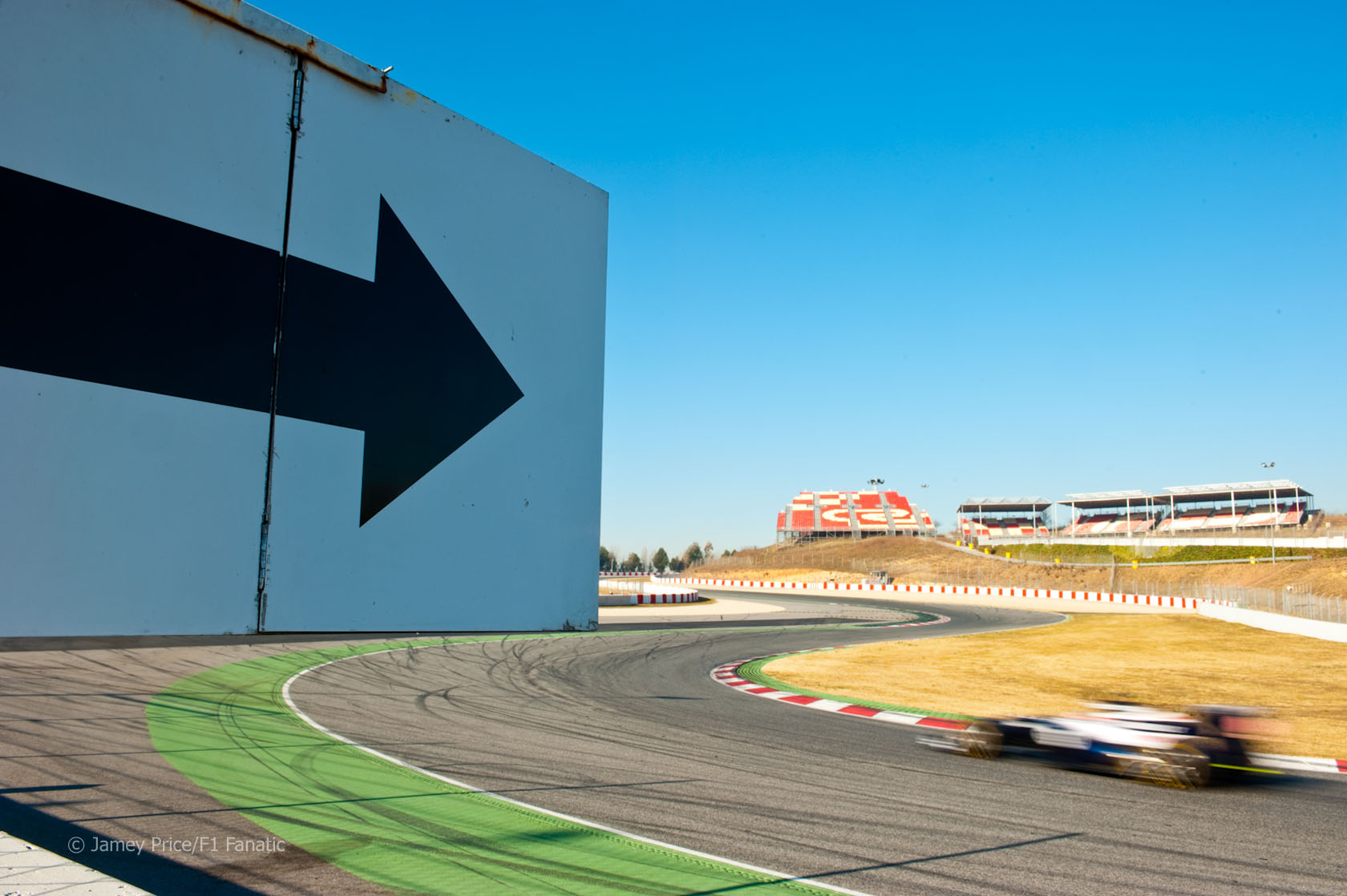 I will be at Jerez and the Circuit de Catalunya to bring you coverage, from all the pre-season tests on F1 Fanatic.

F1 Fanatic Live will be running during all 12 days and I’ll be posting updates, photographs and articles throughout the tests.

The build-up to the new season moves up a gear tomorrow as McLaren reveal their new contender. I’ll be at the McLaren Technology Centre to cover the first glimpse of the MP4-28.

Ferrari and Force India will launch their cars on Friday. Dan Cross, who writes the excellent Motorsport Musings blog, will be at Silverstone to provide coverage of the new VJM06 for F1 Fanatic and hopefully discover who will be driving it.

He’ll be joined by Elaine Scott whose excellent photographs can be seen on LS Photos.

After Saturday’s Sauber launch I’ll be in Milton Keynes on Sunday for the debut of the Red Bull RB9. After that it’s on to Jerez where three more new cars will appear and testing will begin. I’ll return to Spain later in the month for both tests at the Circuit de Catalunya including the first appearance of the Williams FW35 and hopefully the new Marussia too.

Jamey Price, who took some stunning photographs of the test at the Circuit de Catalunya last year, will be at this year’s tests again and we will have some more of his pictures here again.

Thanks to F1 Fanatic’s supporters and advertisers

Covering events first-hand is always the best way to do it but it doesn’t come cheap. Transport costs, hotels, car rental, press room internet fees and more all need to be paid for.

Thanks in part to the F1 Fanatic Supporter programme, introduced last year, that I am able to commit to covering all the pre-season tests from the circuit this year. This will improve the quality of coverage F1 Fanatic can offer.

Becoming an F1 Fanatic Supporter costs just ?é?ú1 per month (you can also pay per year) in exchange for which you can browse the site ad-free using your ordinary F1 Fanatic account.

I’m deeply grateful to everyone who’s become a supporter so far. If you’re interested in joining, you can sign up and find out more information below:

You can also make a donation of any size to F1 Fanatic here:

Do you want to be among the first to see this year’s F1 cars in action during the eight days of testing at the Circuit de Catalunya?

JDC Promotions offer bespoke corporate hospitality and communications events for individual and corporate clients in Formula One. You can get a VIP F1 experience for a fraction of the price of race weekend.

Get the latest from F1 Fanatic

Don’t miss any of F1 Fanatic’s launch and testing coverage. There are five different ways to follow F1 Fanatic:

Get all the 2013 season launch, test and race dates on your mobile device with the F1 Fanatic Calendar: