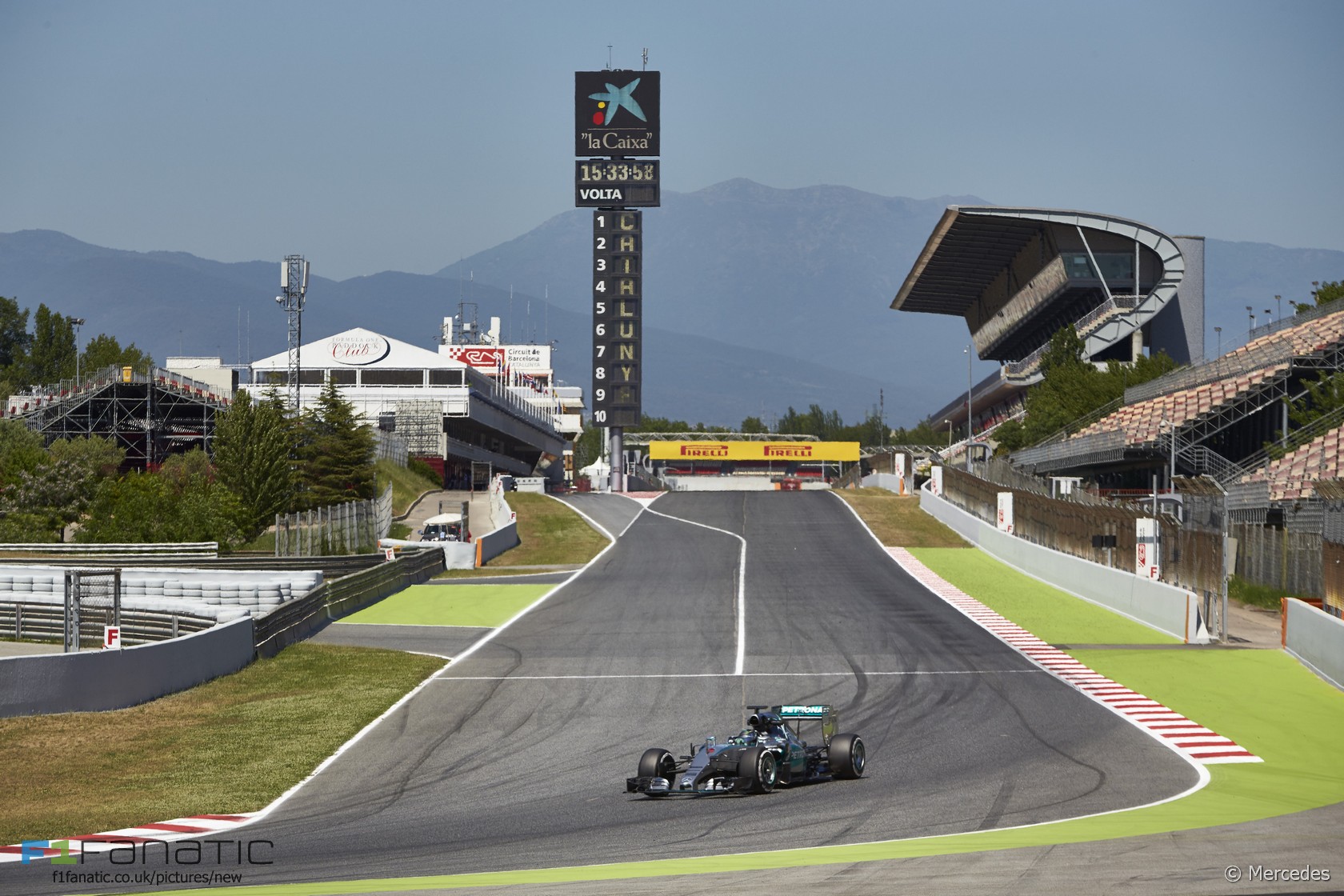 Nico Rosberg beat his pole position lap time from Saturday and covered more than two race distances as he led the first day of testing at the Circuit de Catalunya.

The Mercedes driver logged 146 laps at the venue where he won on Sunday, totalling over 670 kilometres of testing.

Non one else came within two seconds of Rosberg pace, as Sauber driver Marcus Ericsson posted the second-fastest time. Raffaele Maricello, who will drive the C34 tomorrow, was third-quickest at the wheel of Ferrari today.

Pierre Gasly had a busy day with Toro Rosso, completing 139 laps before stopping on track around the time the chequered flag came out. Nick Yelloly also completed more than 100 laps on his first day driving for Force India.

McLaren test driver Oliver Turvey completed the equivalent of a race distance in the MP4-30 despite being delayed by a sensor problem in the morning.

21 comments on “Rosberg goes quickest and furthest at test”