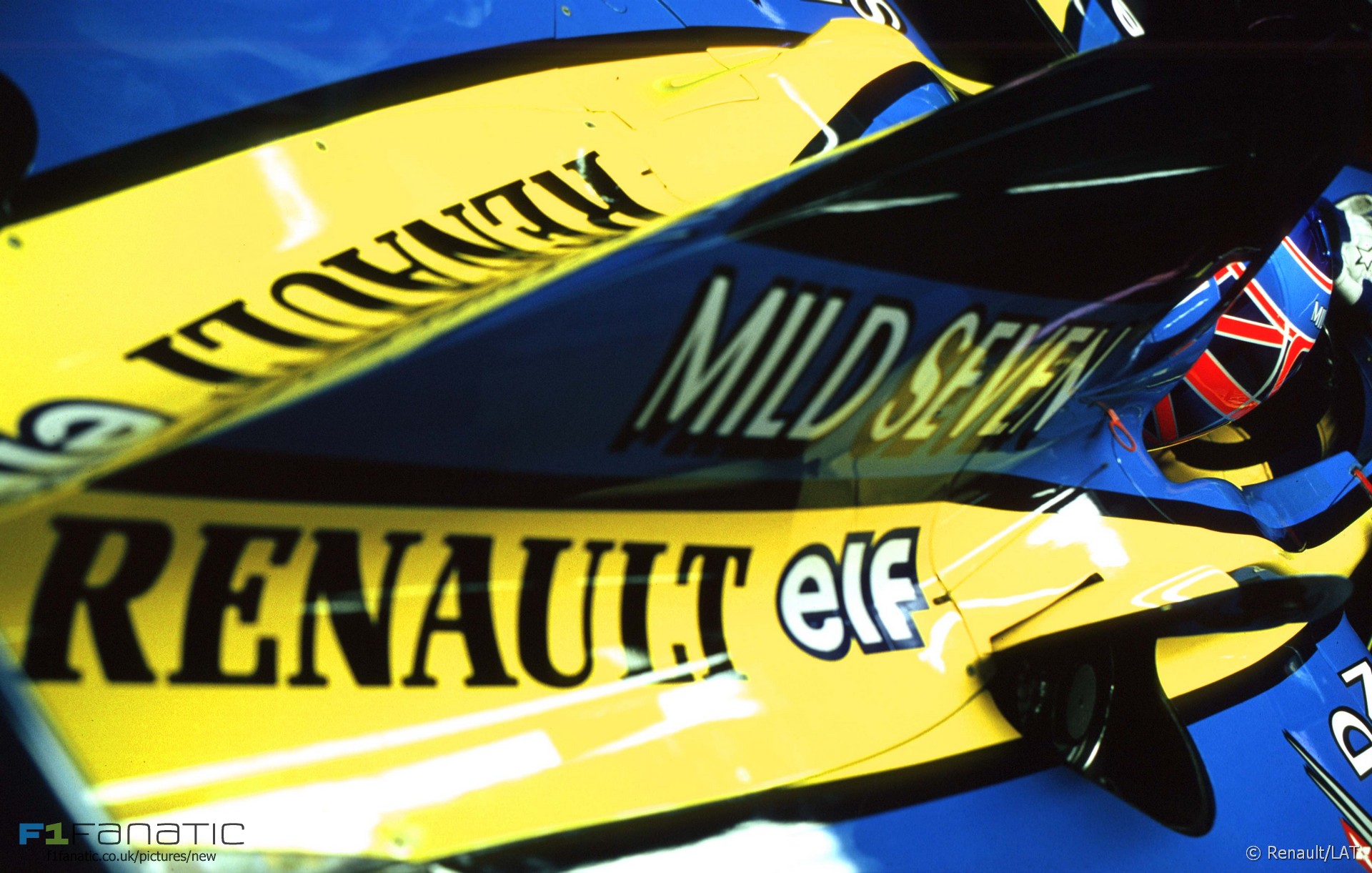 Renault has been part of Formula One for almost two decades, winning races and championships as a team and as an engine supplier to F1’s most famous names.

Yesterday Renault announced it will return to F1 as a full constructor in 2016. Take a tour of its past glories below.

With a single turbo-engined car for Jean-Pierre Jabouille at the 1977 British Grand Prix, Renault set out to revolutionise the Formula One world. They had to be patient – the first win took two years to arrive – but soon afterwards it became clear that Renault’s choice of a 1.5-litre turbocharged engine in place of the three-litre conventional units used by the rest was the way to go.

However Renault found it difficult to make the technology reliable, and potential championships were lost in the early eighties due to frequent breakdowns. They came closest in 1983, when Alain Prost won four times, but was pipped in the finale by Nelson Piquet.

Renault’s works team failed to win another race over the following years and withdrew, but it enjoyed success as an engine supplier to Lotus, and other teams also used its power units into 1986. But there was no championship silverware.

Ironically having ushered in F1’s turbo era Renault weren’t around for its final years – but hurried back to F1 as an engine once a new normally-aspirated formula was chosen for 1989. Williams enjoyed exclusive use of their engines at first and won races from the off, but it wasn’t until the team combined the powerful and reliable French engines with devastatingly effective aerodynamics that they began to enjoy sustained success.

Williams-Renault dominated in 1992 and 1993, and carried on winning championships until 1997. But in 1995 Renault began an alliance with the team it has maintained a close relationship with since: the Enstone-based Benetton squad.

Renault called time on its spell as an engine constructor in 1997. But in 2002 it returned with the intention of finally achieving the championship success which had eluded it as a full constructor.

Benetton was rebranded as Renault, and one year later Fernando Alonso delivered the team’s first win as a full constructor in two decades. In 2005 the team’s R25 blended power, reliability and efficient aerodynamics brilliantly, giving Alonso a platform to clinch the title.

Twelve months later, despite an enforced switch from V10 to V8 engines and a sustained year-long challenge from Ferrari and Michael Schumacher, Alonso was victorious again, and the team also secured back-to-back constructors’ titles.

From there things went downhill swiftly. Alonso was lost to McLaren and the team struggled with Bridgestone rubber after tyre supplier Michelin departed. The team endured a win-less 2007 but Alonso’s return the following year promised to put that right. It did – but the team was later revealed to have engineered Alonso’s 2008 Singapore Grand Prix victory by instructing his team mate Nelson Piquet Jnr to crash and bring out the Safety Car.

While Renault quiet wound down its factory operation, which became Lotus, engine customers Red Bull was putting its product to increasingly good effect. As with Williams in the early nineties, the combination of Renault power and Adrian Newey aerodynamics proved a potent combination.

Sebastian Vettel won what turned out to be the first of four consecutive drivers’ championships in 2010, and Red Bull-Renault grabbed the team’s titles as well. But when Renault announced its return to F1 yesterday it made it plain that it did not feel it had received due credit for its share in the teams’ successes.

“The payback as an engine supplier proved to be limited,” it noted. “The return on the investment necessitated by the new engine regulations and the return in terms of image were low.”

“As a full team, Renault will take maximum benefit from its victories.”