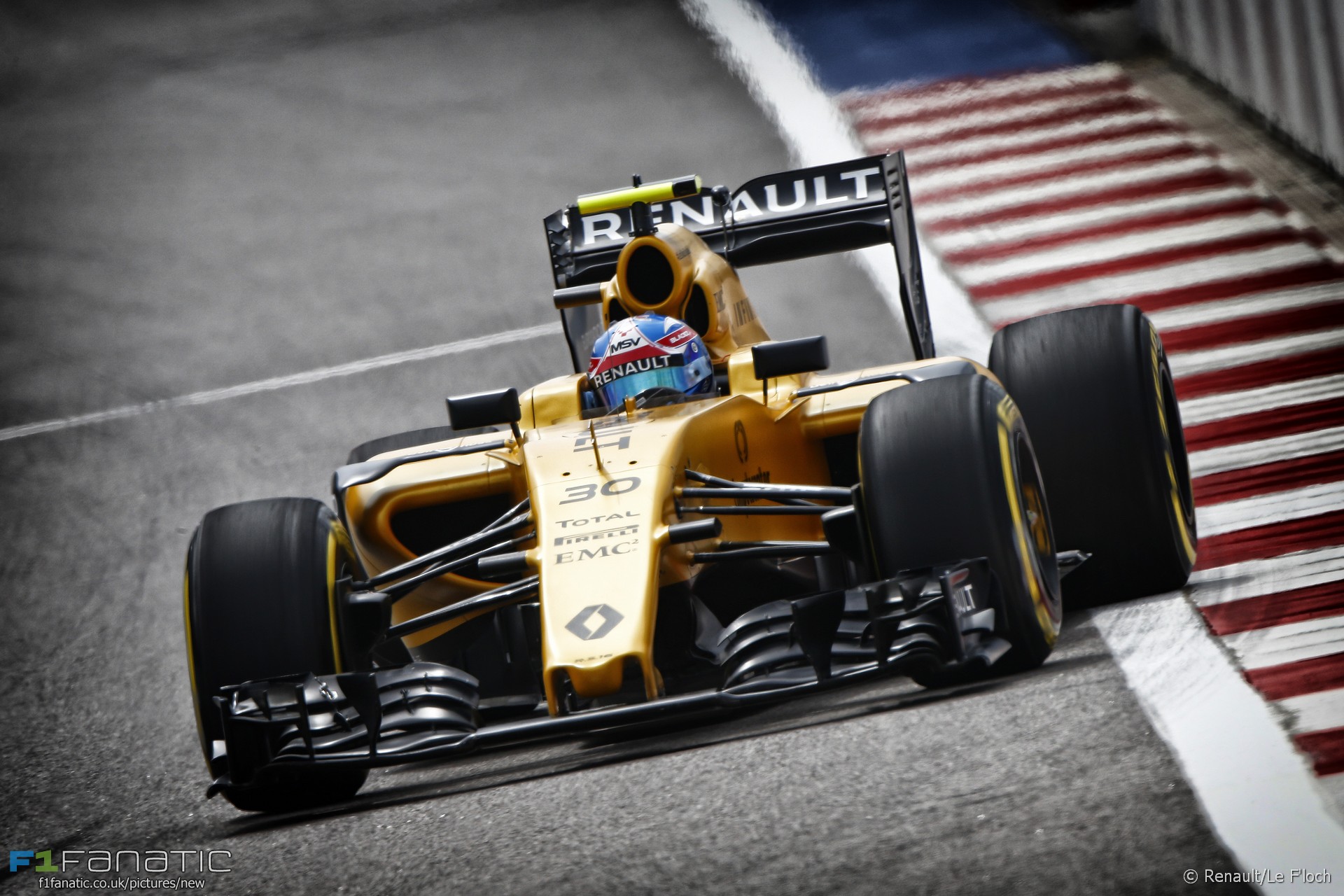 Renault’s highly-anticipated ‘B-spec’ power unit will run for the first time in the test following next week’s Spanish Grand Prix, the team has confirmed.

The team and engine customer Red Bull, which brands its power units as TAG Heuer, is anticipating a substantial gain from their latest upgrade.

Technical director Nick Chester said the new power unit was part of a range of components which would appear while the team is at the Circuit de Catalunya.

“For the race we have an updated rear wing as well as some updates for the front wing,” he said.

“For the test we have a full raft of things to try; new suspension, further aero updates over various areas of the car, some mods to cooling as well as evaluating the B-spec power unit, so we should have a full two days.”

Jolyon Palmer will also have a new chassis during the upcoming race weekend. The RS16-03 monocoque was shaken down by the team during their filming day at Silverstone this week.

Chester said he was encouraged by the team’s performance in Russia which he felt was the best for them since the first race of the year.

“In qualifying there are some approaches used like a fast-slow-fast sequence of laps to try to get both front and rear tyres in the correct working window,” he said. “We made good progress in this regard.”

“Then for the race it was a real positive to see a Melbourne-level of race pace return.”