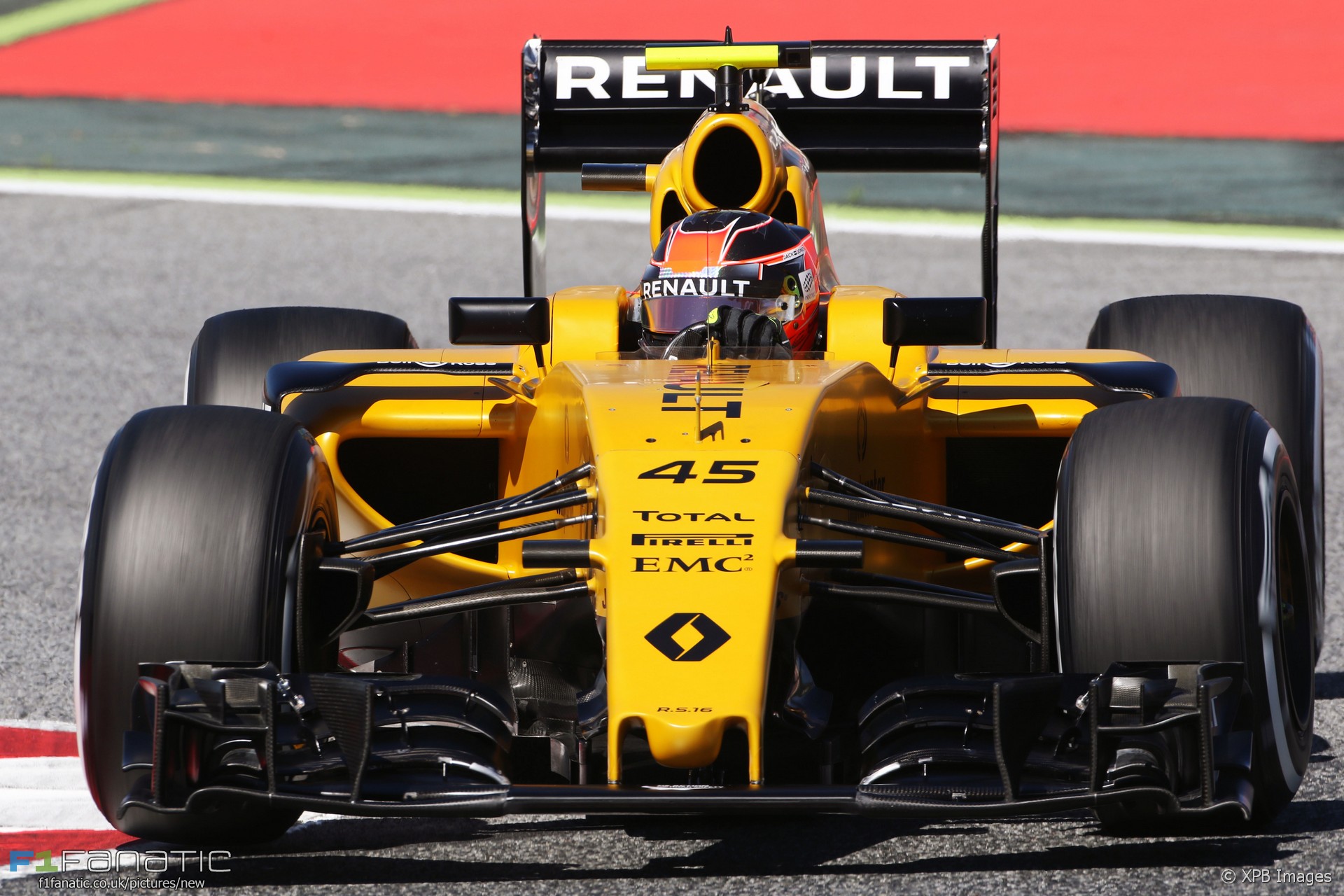 Esteban Ocon’s puncture during first practice in Spain was caused by debris, according to Renault.

However the reason for Jolyon Palmer’s tyre failure in the afternoon session has not yet been identified.

Ocon’s puncture “looked to be a clear cut case of a small piece of debris piercing the tread” said Renault technical director Nick Chester. The team’s test driver only managed half-a-dozen laps in his first run this season due to a battery problem later in the morning.

“Jolyon was also unfortunate with a puncture and we are working with Pirelli to understand the cause,” Chester added. Palmer’s tyre failed approaching the fastest point on the circuit and a Pirelli spokesperson told F1 Fanatic the cause may be difficult to identify.

Unlike Ocon, Palmer was able complete some timed laps before the chequered flag came out. “We were able to get him back out later in the session for 11 laps on the soft tyre and we have a reasonable amount of data to digest from today,” said Chester.

“Esteban did a good job for his brief time in the car,” Chester added, “and we’re looking forward to him getting a proper crack at the whip in next week’s test”.

Ocon said he wasn’t able to form much of an impression of the RS16 after his brief spell at the wheel. “I did get a brief amount of time in the car, but I didn’t even get a timed lap so it’s too early for any real thoughts about driving the car as I didn’t have an opportunity to really push,” he said.

“The team could see the tyre was losing pressure so I was brought in.”