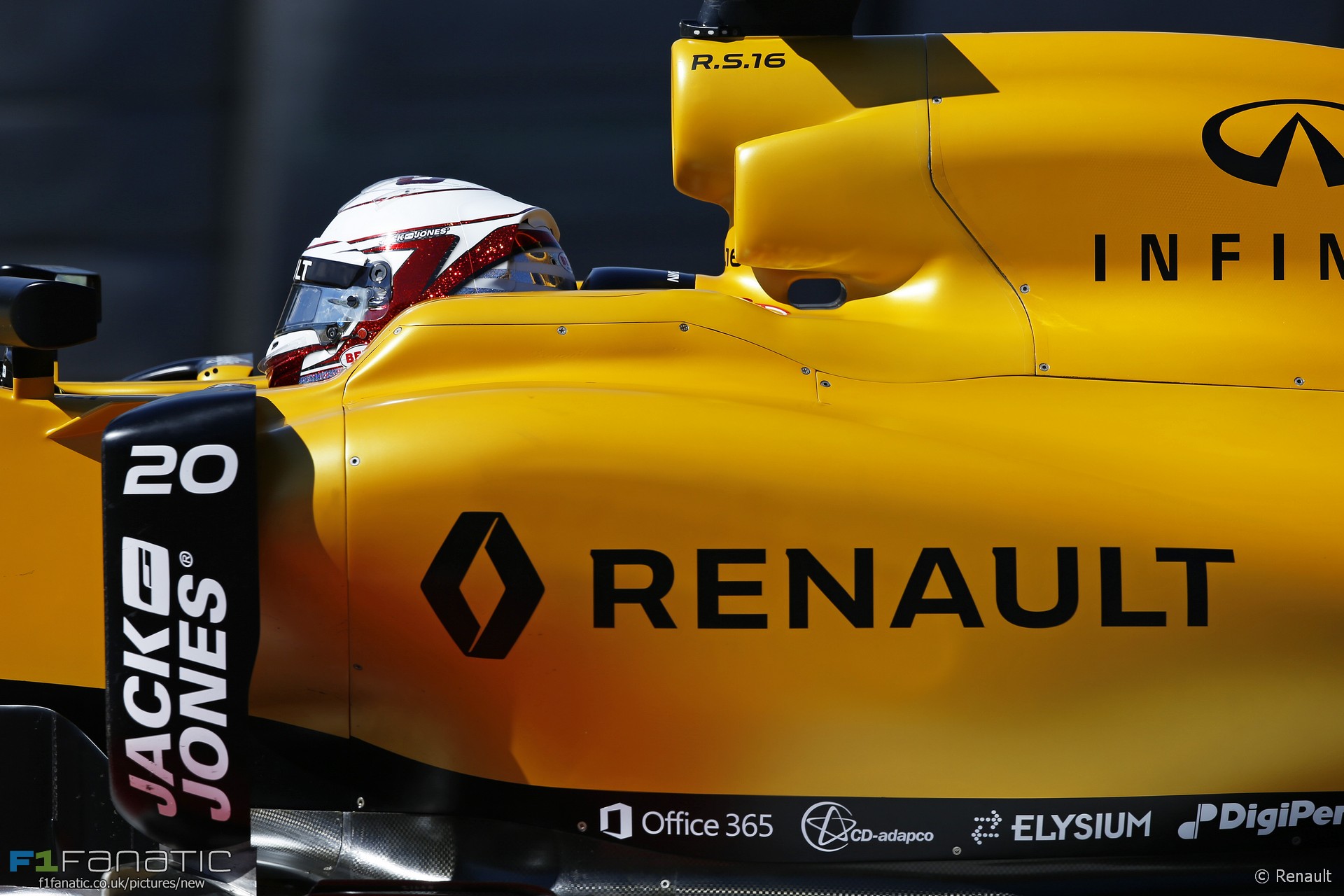 Renault is working to bring forward the introduction of its new-specification power unit to next weekend’s Monaco Grand Prix.

The replacement for the ‘Spec D’ engine was tested at the Circuit de Catalunya this week and includes significant changes to its architecture.

“We had originally planned to use the new version in Canada when the current units are scheduled to be removed from the cycle,” said Renault’s engine technical director Remi Taffin, “but if we can get the units together and completely validated by Monaco we will use the ones available at this race.”

“The power unit we have used since the first race in Australia was really a continuation of the work started in the ‘Spec D’ power unit we introduced at the tail end of 2015,” Taffin explained. “We explored some concepts in that earlier iteration and the 2016 unit took them further, for example in the turbo.”

“This new spec goes even further down the line and also includes significant modifications to the combustion system. It will make the ICE more powerful but also efficient, leading to a gain of around half a second per lap.”

Taffin said the team has used “a small proportion of our token allocation for this upgrade”.

“We’ve been working on the new spec since the start of the season but needed to sign off all the parts for reliability and mileage before using on track,” he added. “The tests were very positive and showed it to be more powerful and driveable.”

Although the team is now prioritising its 2017 engine development, Taffin said some of those upgrades could be brought forward.

“We will continue our development over the rest of the season, using tokens with a view to getting on board any useful items identified from our 2017 work. We are principally focused on 2017 and making that next power unit as optimal as possible.”