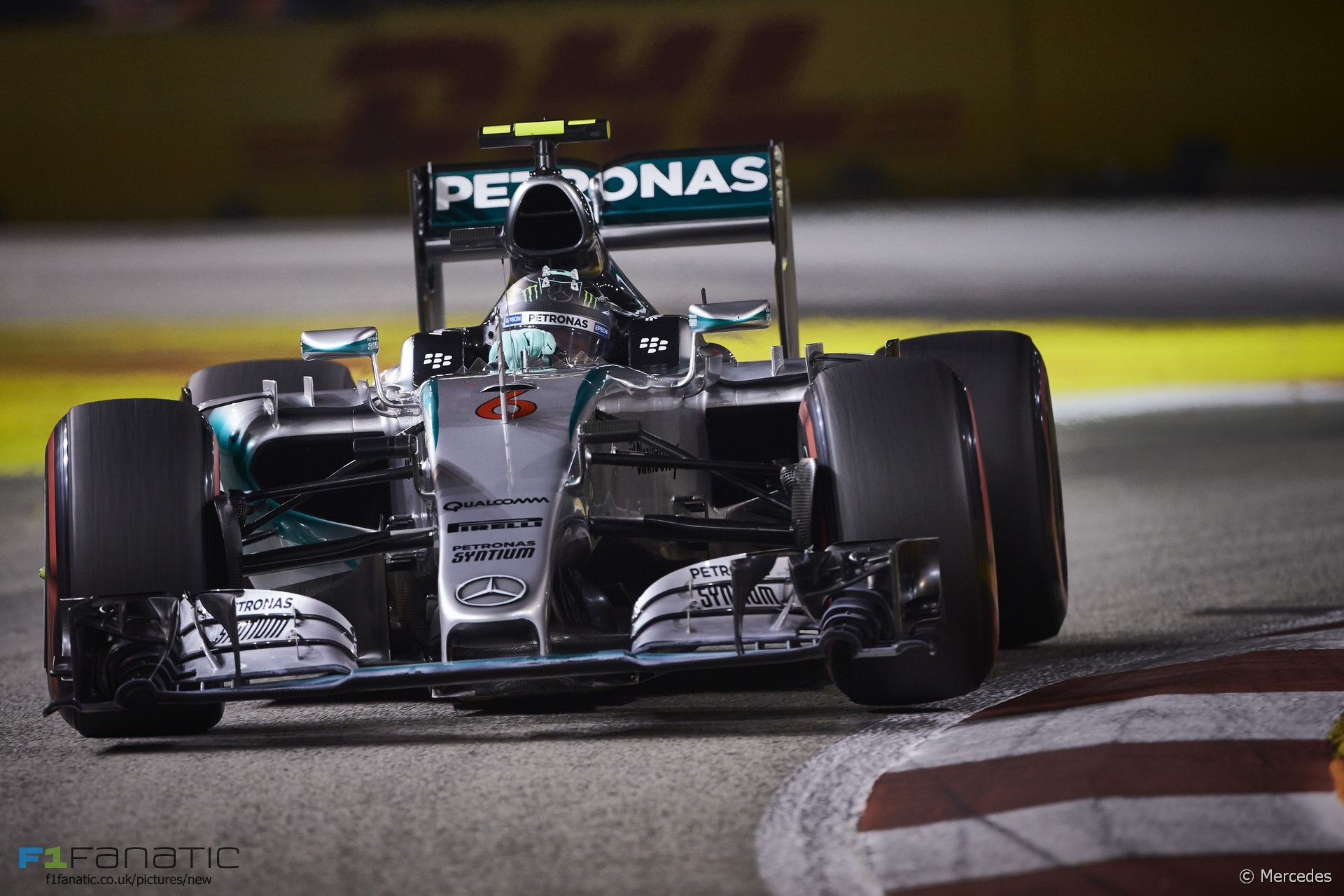 Mercedes expect stiffer opposition than usual from their rivals this weekend and Nico Rosberg believes the Singapore track will favour Red Bull.

“It won’t be easy,” said Rosberg. “This is a Red Bull track and we weren’t so strong there last year.”

“I have faith in the team and my belief in myself is as high as ever,” he said. “I approach each weekend aiming to win the race. The points gap has gone up and down but I’ve taken it one race at a time – and that’s the best way for me, as you can see by how the gap is now.”

Hamilton also predicts a strong showing from the team’s rivals. “We didn’t have the greatest weekend there last year, so hopefully we’re on top of that now,” he said.

“It’s not going to be an easy breezy drive. Even when we won there back in 2014, it wasn’t straightforward. Ferrari and Red Bull will be on it I’m sure, so we’ve got a big fight on our hands if we are up at the front.”

34 comments on “Singapore is “a Red Bull track” – Rosberg”