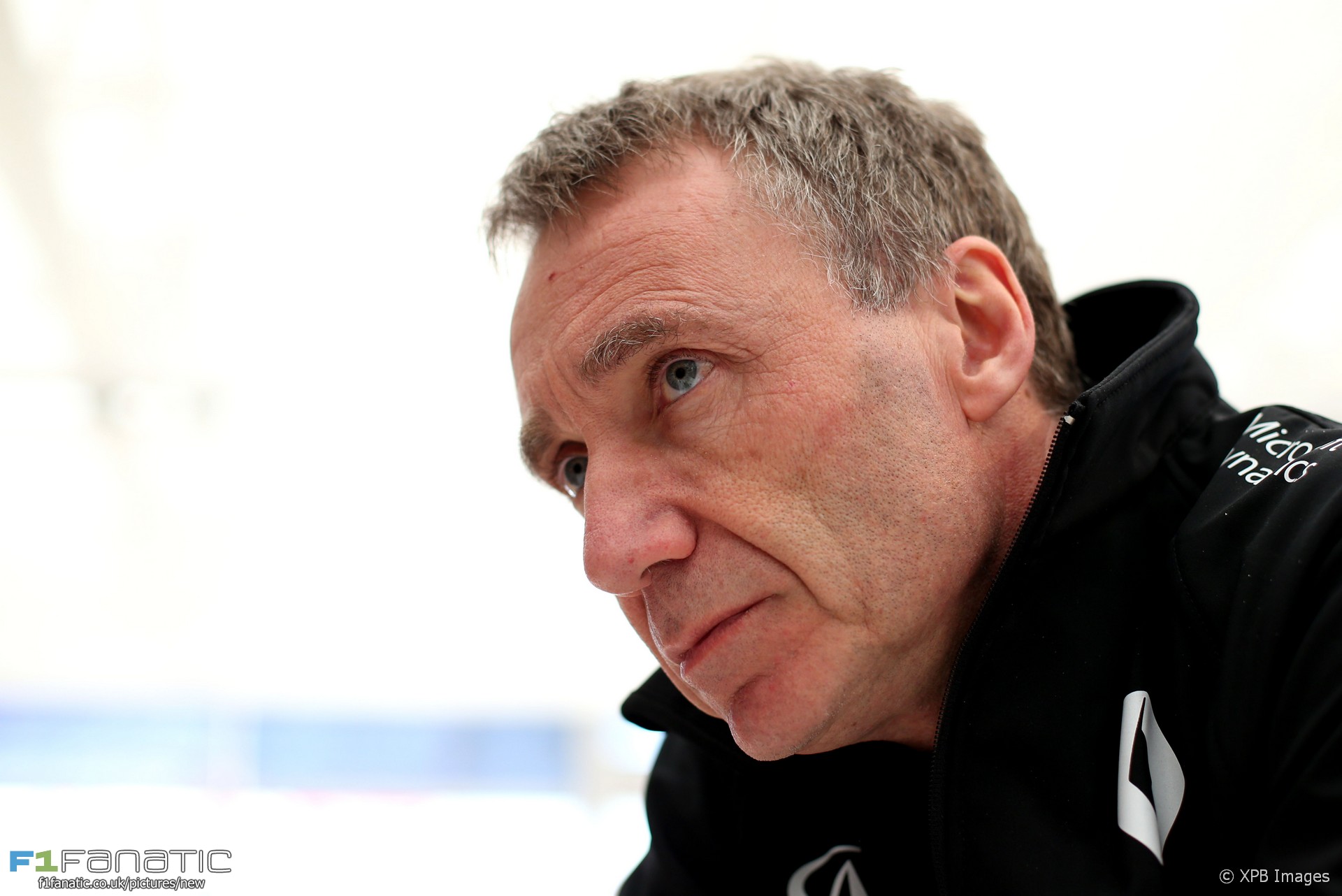 Renault have made slower progress than people expected this year because the team it bought at the end of last year was very “run down”, according to chief technical officer Bob Bell.

The French manufacturer took over the struggling Lotus outfit at the end of 2015 and appointed Bell soon afterwards. Bell said the team faced “a big challenge” to turn its form around.

“I don’t think perhaps from the outside people realise how run down the Enstone squad had become in the last couple of years,” he said, “so there’s a lot to do.”

“As well as the process of rebuilding the team of course we had to build a car for this year and start work on an even better one for next year, which wouldn’t be terribly hard.”

“It’s been a challenge, it continues to be so, but there’s a very strong spirit in Enstone as anybody who knows the place will testify to and we’re certainly up to the challenge.”

Bell previously worked for Renault during its championship-winning 2005 and 2006 campaigns but the team has only scored points on three occasions this year.

“Of course corporately we’re not satisfied running around in tenth place and scoring single points,” he said. “Actually that single point meant a lot to us. I’ve won a lot of points in Formula One over the years and that point meant more to me than perhaps any other. It’s a great motivator and it really lifted team morale so actually it was quite an important achievement.”

Bell said Renault won’t be in a position to challenge for titles again until the 2020s.

“[Renault CEO Carlos] Ghosn is very clear in his objectives for the team,” said Bell. “He’s not here to make up the numbers, he’s here to see the team succeed.”

“He also, of course, has been through this cycle before and he knows what it takes and how long it takes to achieve that and he’s set us realistic objectives that are in line with that.”

“Next year the obvious step forward for us is to move into the midfield and be competitive there, 2018 to be looking at podiums and so on, and then out beyond that, four, five years hence, looking at a proper championship-winning campaign. No rocket science in that.”

“If you look at history, if you look at what it took when Red Bull bought Jaguar, when Renault previously bought Benetton or when Mercedes bought Brawn it took five years in each instance for them to win a championship. That’s the sort of timescale, the sort of road map we’ve set ourselves. I think it’s realistic and it’s in line with corporate expectation.”

18 comments on “Renault more “run down” than people realised – Bell”