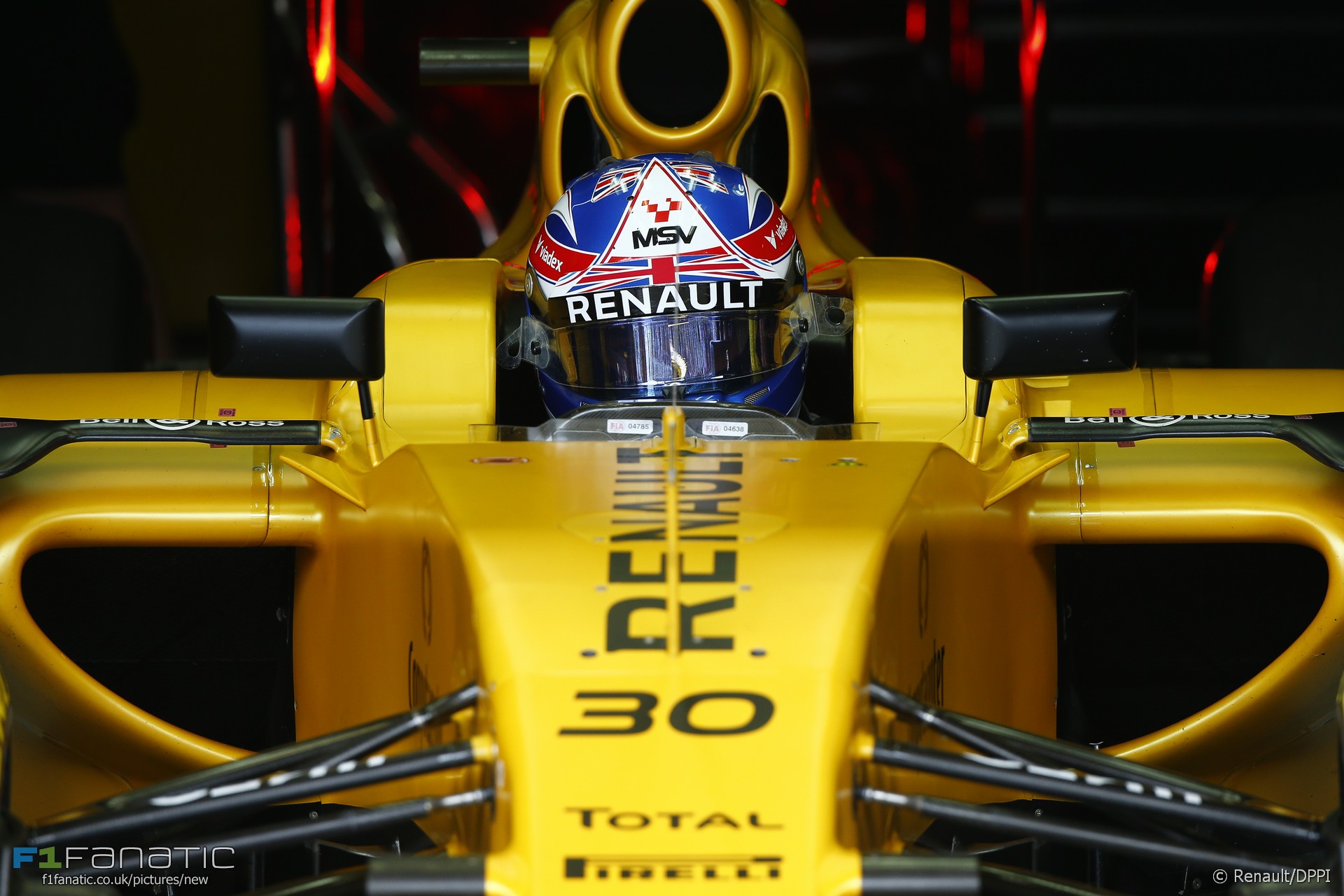 Jolyon Palmer reports a positive first impression of the Renault RS17 after seeing a wind tunnel model and driving it in the simulator.

Palmer, who re-signed for the team last week, said the wind tunnel version of the team’s 2017 challenger is “awesome” and is “going to be a great looking car”.

Next year’s F1 cars will feature wider chassis, larger wings and tyres in a bid to increase performance and slash lap times. “I’ve driven it on the sim and it’s quick,” Palmer confirmed.

“Of course, the new rules are the same for everyone, and we won’t know how we stack-up against our rivals until we hit the track in Barcelona, but the speeds are higher, the car is more challenging to drive and I think it’s going to be a great spectacle when we race next year.”

One year on from Renault’s purchase of the Lotus team, Palmer says he can feel the difference in the scale of the operation.

“It really feels like a much bigger team this year and you do feel part of a far greater entity,” he said. “The amount of resources and the investment coming in is really quite notable.”

“Renault have come back in as they want to be at the front. You can really feel the buzz in the factory and even at the track – where it’s been a tough season in terms of results – everyone’s been pushing really flat out to make the most of what we’ve got and also get all the foundations in place for the future.”