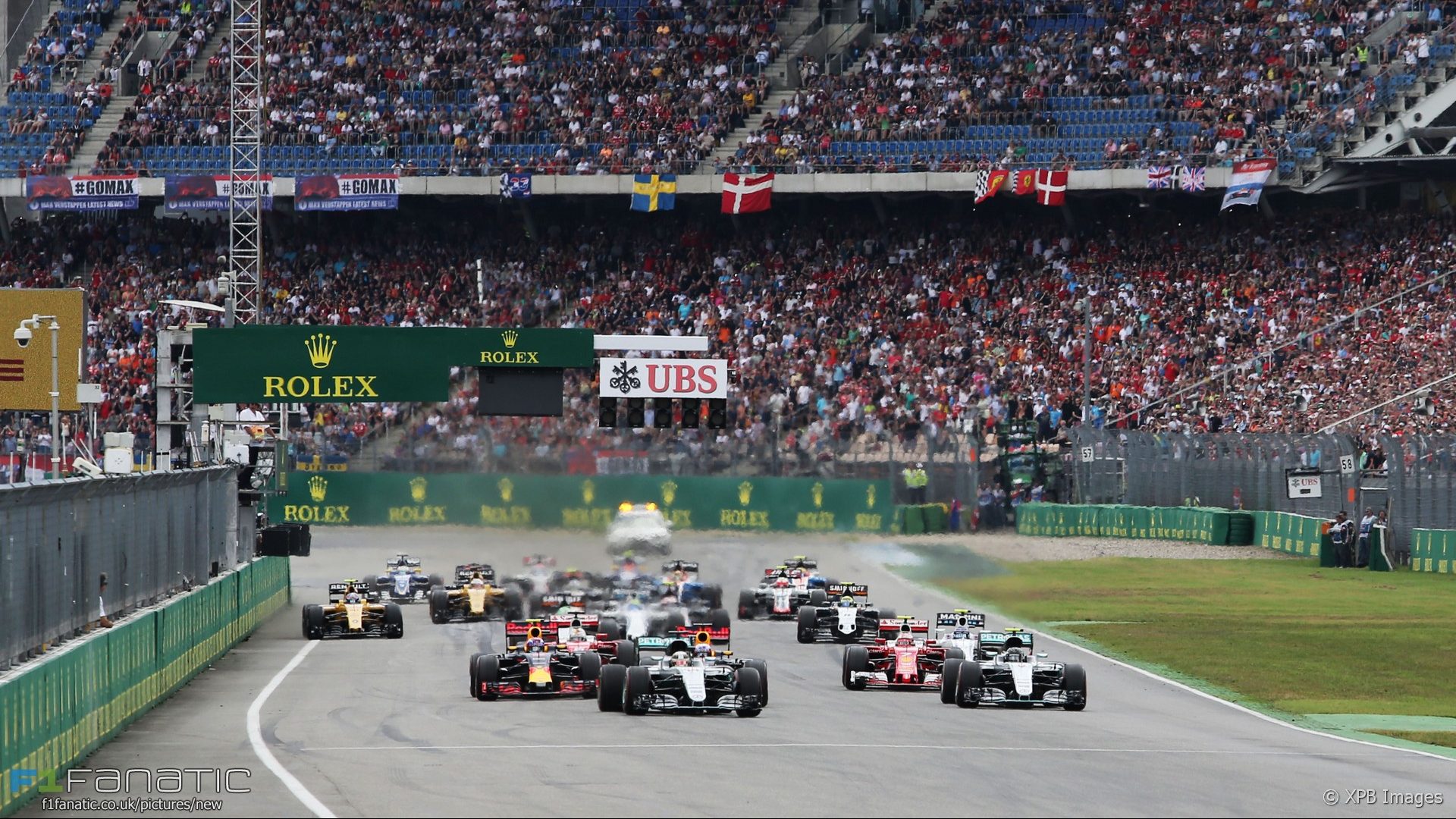 A proposal to have a standing start after every Safety Car period could make races more exciting for fans, according to Daniel Ricciardo.

The plan, which would see cars line up on the grid before restarting a race, has the backing of teams but requires approval from the Strategy Group and F1 Commission before it is approved for introduction in 2017.

Having to do a restart from the grid would be “terrible if you’ve got a 40 second lead but great if you’re in second place,” said Ricciardo. “So, we’ll see.”

“Obviously it creates more variability again so if the race is looking a little bit stationary then that could definitely spice it up,” the Red Bull driver added. “There’s pros and cons. I think for fans it’s going to be more exciting.”

However Lewis Hamilton pointed out the grid would need to be cleared of rubber before restarts to prevent drivers in the off-line grid positions being at a disadvantage.

“It shouldn’t be much different to now, I should imagine,” Hamilton suggested. “They clean it up for the start so generally not marbles there, but I guess for the restart maybe. That would be interesting.”

A plan to use standing restarts was previously raised in 2014 but rejected due to concerns over its practicality. A poll of F1 Fanatic readers at the time indicated the proposal had little support among fans.

Next week’s World Motor Sport Council is expected to decide whether the plan goes ahead.