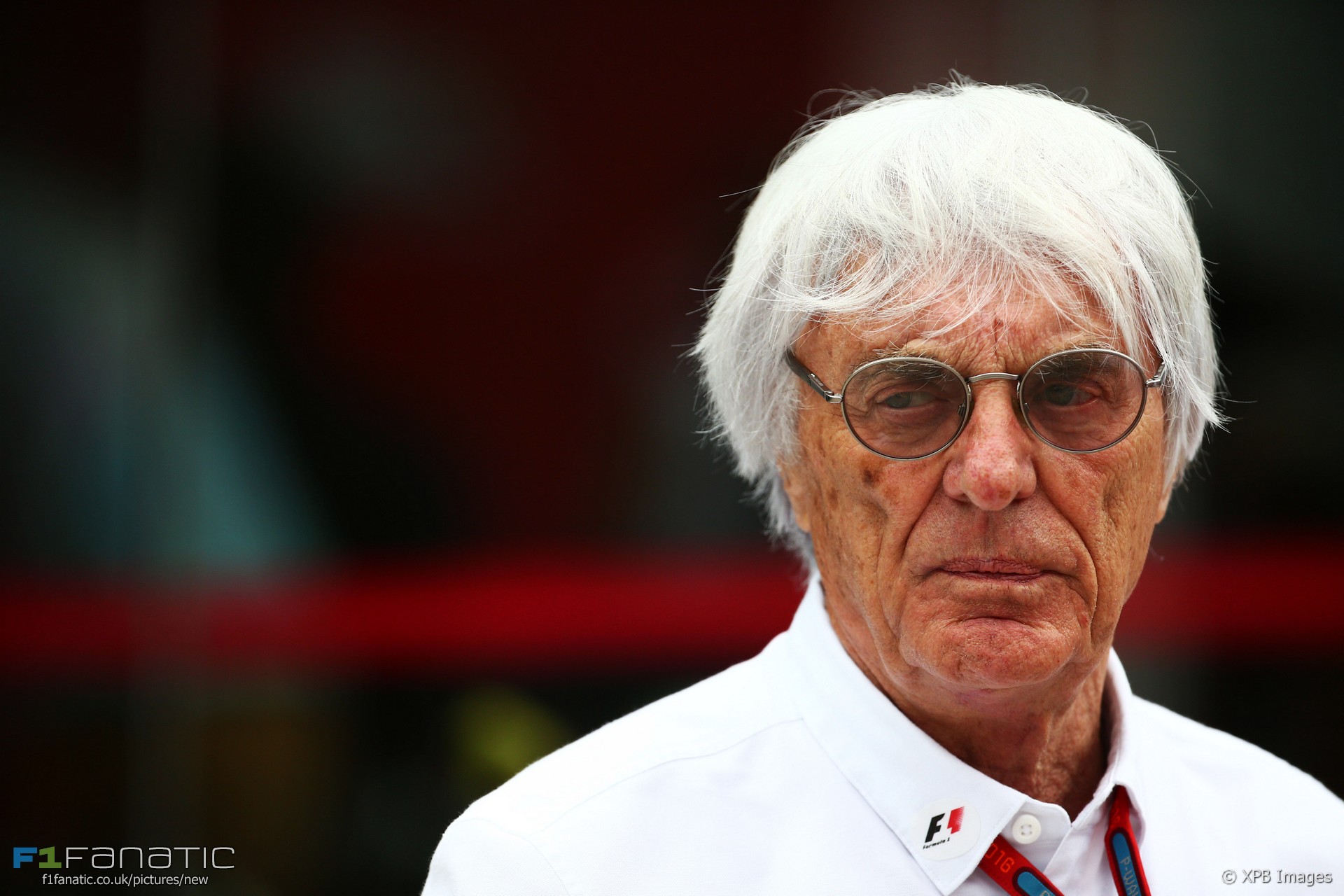 Bernie Ecclestone’s attitude to Formula One was probably best summed up by one of the men now charged with the immense task of replacing him. “He certainly doesn’t like other people making money out of Formula One,” remarked Ross Brawn last year.

This is true and so its corollary: that Ecclestone very much enjoyed being the one who made the most money out of Formula One.

This week’s news that Ecclestone is stepping down as F1’s commercial chief was not unexpected but was no less immense for it. Many of us have never experienced F1 without Ecclestone at the top of the pyramid.

Reams have already been written in the wake of Ecclestone’s exit. More ink will be spilled on his entrepreneurial savvy, his fastidiousness, his controversial quotes, his work ethic, his impish sense of humour and the rest.

‘Like him or loathe him, he made Formula One what it is’ goes the most banal and obvious assessment of Ecclestone. But did he make F1 something better than it would have been? By organising and professionalising Formula One, did Ecclestone improve it?

To ask such questions is to miss the point. To Ecclestone, making more money out of F1 was the only way to improve it. Any other metric, be it television audience figures or crowd numbers, were secondary to the all-consuming goal of raising revenue.

For most of us, earning money is a means to an end. We do it so we can live our lives the way we choose to. For Ecclestone, making money is an end in itself. “Life’s a game and money keeps the score,” is his philosophy.

That pursuit of money has driven him since he started out selling cakes he’d bought from a local bakery to his fellow schoolchildren seven decades ago to flogging multi-year race contracts to governments for nine-figure sums. Viewed this way it becomes easy to appreciate how Ecclestone first worked towards F1’s benefit, then worked against it.

In the seventies and eighties Ecclestone made F1 more profitable by improving its organisation and making it more professional. Sid Watkins was brought in to improve safety standards. The F1 we recognise today emerged from the haphazard grouping of races which previously formed the world championship.

A lot of people got rich. But Ecclestone made sure he got richer than everyone. “No profit, no fun,” goes another Ecclestone mantra.

Not unreasonably, Ecclestone pointed out that he was getting his due for takings risks others did not. Sometimes this was true: his attempt to set up a digital television service in the late nineties was a rare example of him getting ahead of the curve.

If he’d adopted the same attitude to the internet he would have been hailed as a visionary. But to Ecclestone there was no tangible bottom line. As always, money was the deciding factor.

So it was no surprise that Ecclestone was unable to recognise when his pursuit of ever-greater riches was no longer aligned with F1’s best interests. The CVC deal was the ultimate expression of that: the holding company sucked billions in profit out of Formula One but to Ecclestone as long as he remained in charge nothing was amiss.

“If anyone ever tries to grab Formula One I’ll do a ‘scorched earth’,” he said in the early 2000s. “I’ll make sure there’s nothing left after I’ve gone.” Followers of the sport would be forgiven for thinking this is exactly what he was doing by secretly pricing all but the wealthiest teams out and inflicting disastrous rules changes which provoked howls of protest.

The point at which Ecclestone’s money-making pursuit and F1’s interests were no longer aligned clearly passed long ago.

Of course Liberty haven’t spent $8 billion on F1 to be charitable. They want to make money too. But they at least seem to realise the shortest route to cash isn’t always the best one.

What next for Ecclestone? He is now 86, one year younger than his father was when he died. Ecclestone’s life has been the pursuit of money and Formula One has been that life from his departure from the car trade in the seventies until January 23rd, 2017.

There are still some waiting for Ecclestone to pull one final trump card out of his pocket, swoop back in and regain control. But maybe this time it isn’t going to happen.

75 comments on “Only one thing mattered in the Ecclestone era”