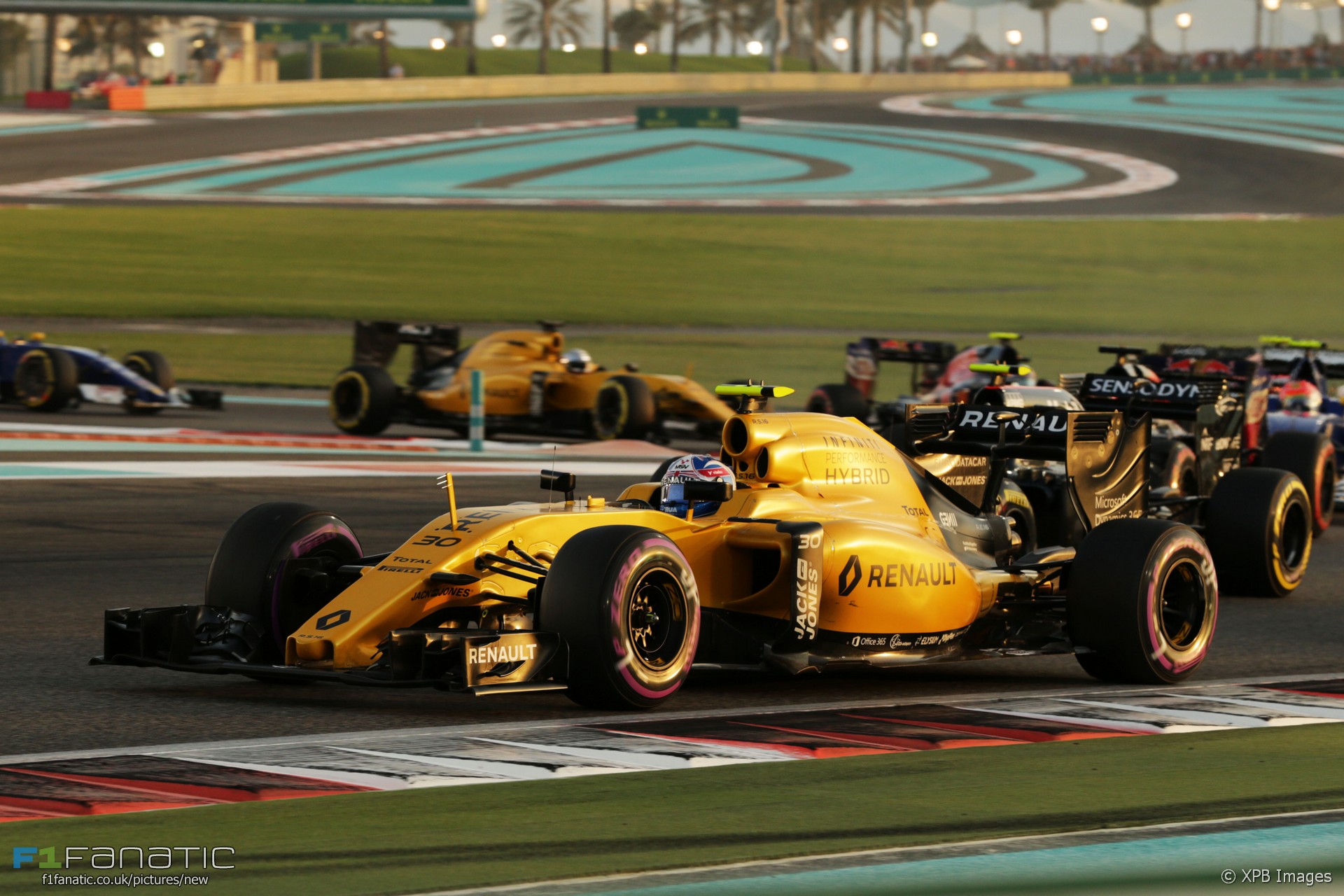 Renault has confirmed BP and Castrol as its new suppliers of fuel and lubricants for the 2017 season, replacing Renault’s long-term partner Total.

“With the new aerodynamic regulations for the 2017 Formula 1 season, power sensitivity will increase,” said team boss Cyril Abiteboul. “Therefore fuels and lubricants will make an even greater difference to the overall performance of the car than they have since the new power unit regulations have been introduced in 2014.”

“The teams at BP and Castrol are very excited by the challenges offered by Formula 1 and we are confident they will help us achieve our ambitions for our new car in 2017 and beyond.”

Renault Sport president Jerome Stroll said: “The return of BP and Castrol, brands with such strong heritage in motorsport, is very good news and opens new opportunities for our Formula One team.”

“BP’s commitment highlights the ongoing appeal of Formula One to major multinational companies. We are very proud and motivated to have a technical partner and sponsor of this calibre.”

Renault last worked with BP and Castrol in 1997, when their engines powered Jacques Villeneuve and Williams to the 1997 drivers’ and constructors’ championships.

Red Bull, who will continue to use Renault’s engines with TAG Heuer branding, have already announced their own move away from Total to use ExxonMobil’s products.