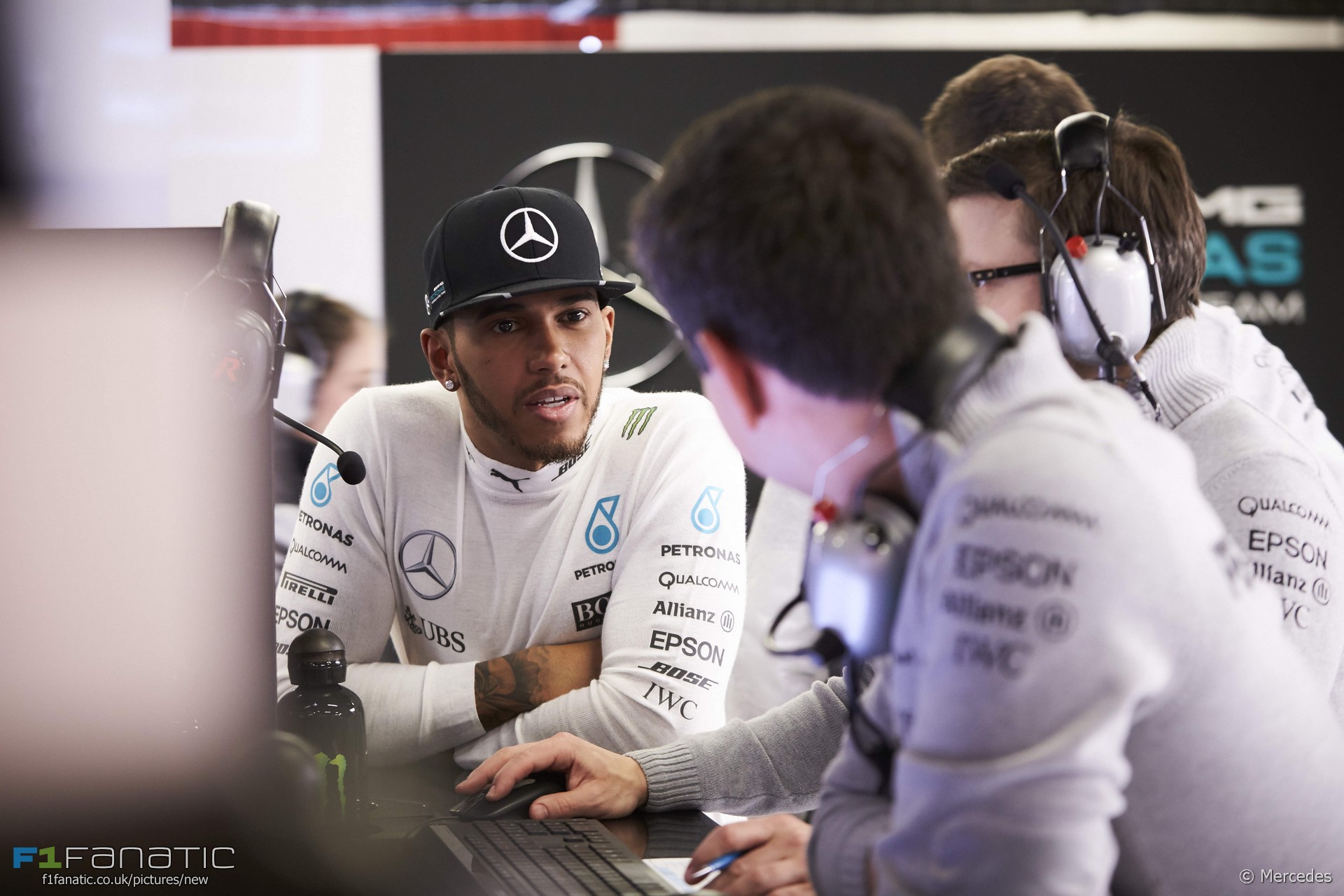 Lewis Hamilton wants Mercedes to stop his team mates from being able to study his data.

Hamilton, who has a new team mate for 2017 following world champion Nico Rosberg’s retirement, said the free availability of data between drivers makes it easy for them to identify and “copy” each others’ secrets.

“I go out, do my laps, do all my homework, the other guy can see everything,” said Hamilton in an interview for a Mercedes sponsor. “I don’t think they should do.”

“I have asked my team. I don’t want to see my team mate’s… I don’t feel it’s fair that he brings his A-game and I should be able to study his A-game on a computer.”

“For example when we’re driving we’re picking out braking points, bumps, tyre rubber marks on the track, all these different things to help get you through the corner quickest. And the other driver probably naturally may be able to do more or less than you are.”

Some drivers “don’t deserve to be there”

However Hamilton still feels it is necessary to have some flow of information between the two sides of the garage.

“Because we only have a limited amount of time, we have all these things we can change, sometimes you just decided to go the wrong way,” he explained. “You start on the wrong foot and unless you go back, go in the direction the other car’s going, then you’re lost. There’s just nothing you can do.”

“So those are sometimes things you have to do. “And I think for a team moving forwards that’s not a bad thing. I’m not against the team engineers sharing data but I think the drivers shouldn’t be able to study each others’ data.”

“I think it should be ‘you hired me because I am the best, because I’ve studied, because I’ve won every class that I’ve been in – I’ve not missed one in terms of winning. And you’re hiring whoever the next person is because they’ve hopefully won some things along the way as well and you’re hiring them for their ultimate skill all round. They should be able to go out there on their own and find it all themselves own without you.”

He suggested some drivers who rely too heavily on their team mates’ information don’t belong in Formula One.

“You could take a young kid from Formula Three, have them just go on a simulator and drive every single day and try and get to my lines. And eventually they’d probably get to my lines. He should have to discover that himself.”

“You’ve got to find the limit yourself, that’s the whole challenge of being a racing driver. When I get in this new car it’s seeing what the limit of it is. And if I can’t do it on my own then I’m not good enough and I don’t deserve to be there. And there are some drivers that don’t.”