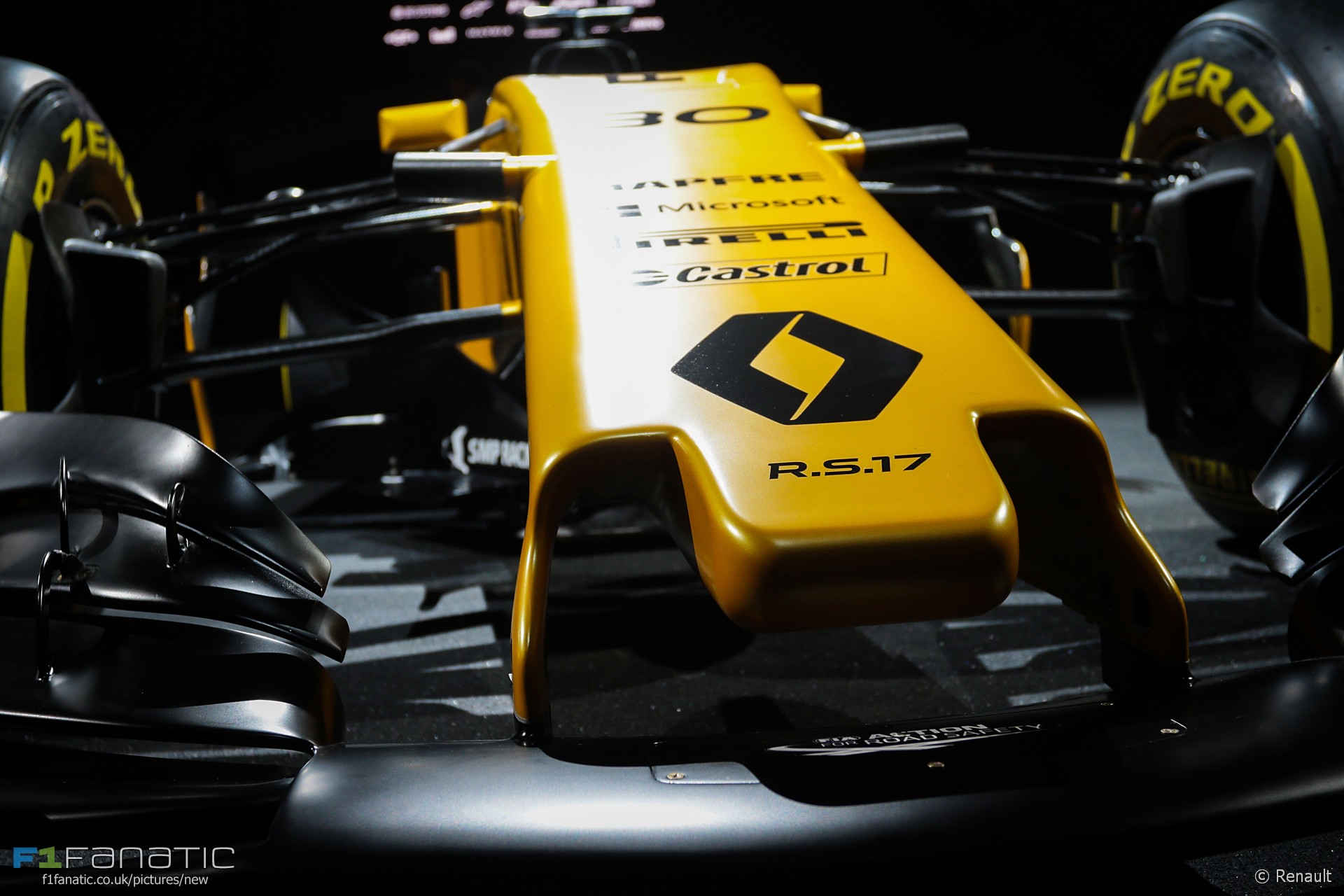 Renault’s team principal Cyril Abiteboul says the team cannot focus on aerodynamics as the sole area it needs to improve on as it launches its new car for 2017.

The overhaul of F1’s technical regulations for 2017 has put greater emphases on aerodynamics, which was a major weakness of Renault’s 2016 car. But Abiteboul wants his team to keep looking at the bigger picture.

“Any neglect of any particular area gives the opposition an advantage. The aero, the mechanical systems, the reliability, the integration, the way we manage the car at the track, the strategy, the control systems, driver management, quality of trackside engineering, all of these aspects need to take a step forward.”

“We can’t just point the finger at aero and say that they are solely responsible for leading us to glory in this brave new world of the 2017 regulations, we need to target every aspect.”

Abiteboul said the team has expanded quicker than any other in the pit lane since Renault took over from Lotus at the end of 2015.

“We are the fastest growing team on the grid,” he said. “We have increased headcount by approximately 25% in Enstone and in Viry.”

“We have recruited great talents from the best teams who have either joined us or will be over the next year or so. Names like Chris Dyer, Ciaron Pilbeam and Peter Machin. We have a few more key personnel still to come.”

“We have accelerated our investment by a factor of the what the tops teams are usually spending to accelerate the transformation in Enstone and in Viry, and in some sectors, we have not only caught up, but we are actually leading in terms of facilities.”