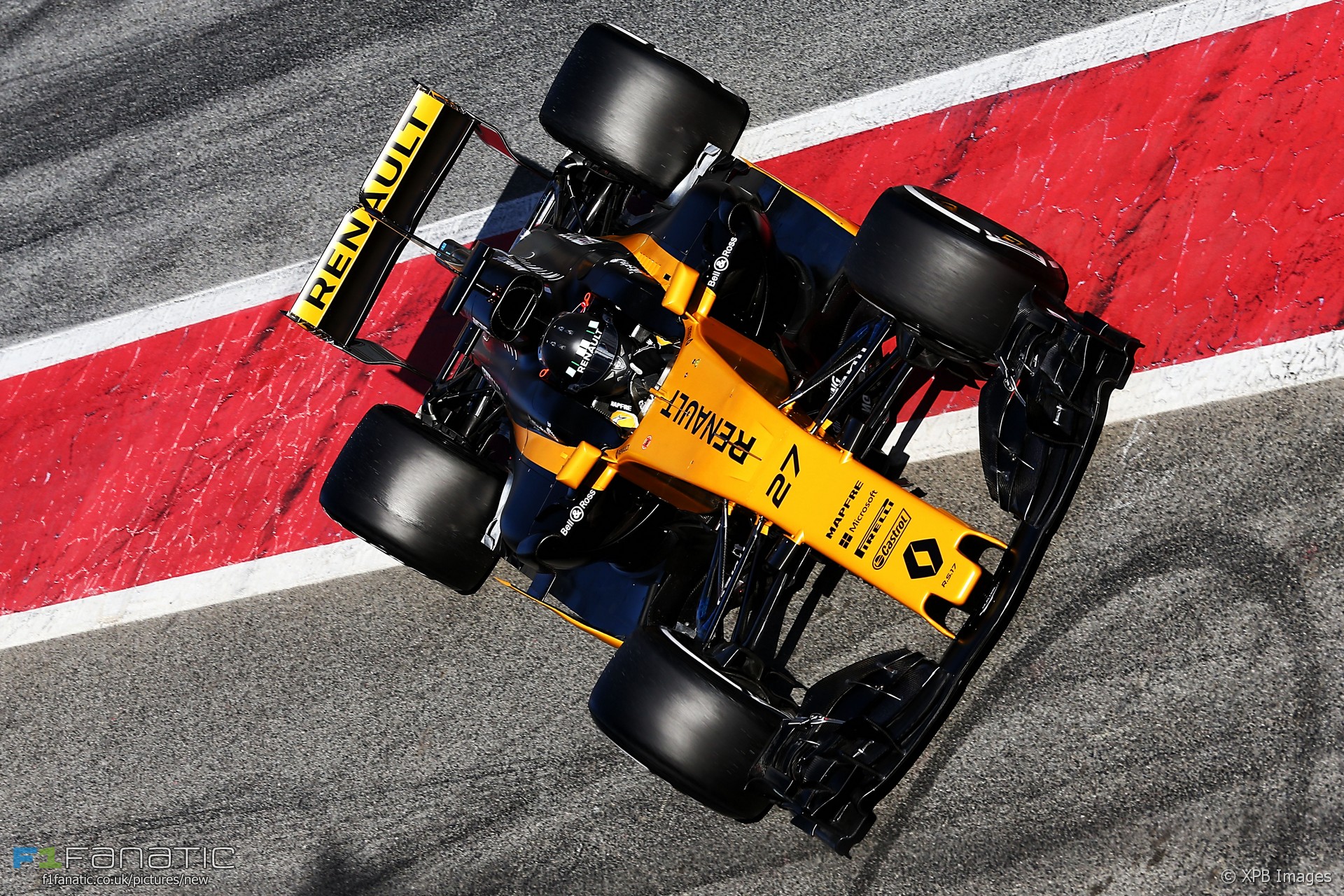 The late completion of its deal to take over Lotus at the end of 2015 meant it endured last season with a car which hasn’t been designed specifically for its power unit. The new RS17, however, has been conceived around the requirements of the Renault engine, and vice-versa.

We should therefore expect Renault to immediately make significant progress compared to their performance last year. Testing bore that out: the team’s car was four seconds quicker around the Circuit de Catalunya than its 2016 car had been in testing, a bigger step than any team bar Ferrari.

The team remains split across two sites at Enstone (chassis) and Viry-Chatillon (France). The latter made a substantial upgrade to its engine early last year but after that switched its attention to 2017.

The results look promising so far. According to the team it has exceeded its performance expectations with its new power unit. However a series of problems hampering their efforts to rack up mileage in pre-season testing, and Mercedes covered almost twice as much ground.

Despite these apparent gains, new hiring Nico Hulkenberg has suggested the team will find it difficult to score points again in 2017. They had just three top ten finishes last year.

Hulkenberg is prepared to be patient. He leapt at the opportunity to join a manufacturer team, something he appreciates the potential of having driven for Porsche’s crack World Endurance Championship squad and won the Le Mans 24 Hours with them in 2015. It says a lot about the lure of works backing that he was prepared to leave Force India following their best season to date.

But doubts remain over Renault’s organisation. Frederic Vassuer, hired from top GP2 ART just a year ago, has already gone. And there was surprise Renault missed the chance to bring former designer James Allison back into the fold. Being beaten by Sergio Perez at Force India – by however fine a margin – has taken some of the shine off a talent who has been repeatedly tipped for a place at a top team. However the new rules for 2017 could suit Hulkenberg nicely. He is pleased with the return to ‘proper’ racing car and the rise in minimum weight limit should make his height less of a disadvantage. Kevin Magnussen’s decision to turn down a one-year contract extension handed Palmer the chance for a second season in F1. He didn’t disgrace himself last year, showing clear progress throughout the season and eventually snatching a point. But with more at stake in year two he’ll have to hit the ground running this time. Nor can he afford to be dominated by Hulkenberg.

Poll: Which Renault driver will finish ahead in the championship?

Which Renault driver will finish ahead in the championship?

An F1 Fanatic account is required in order to vote. If you do not have one, register an account here or read more about registering here. When this poll is closed the result will be displayed instead of the voting form.

51 comments on “Hulkenberg bets his future on Renault delivering”