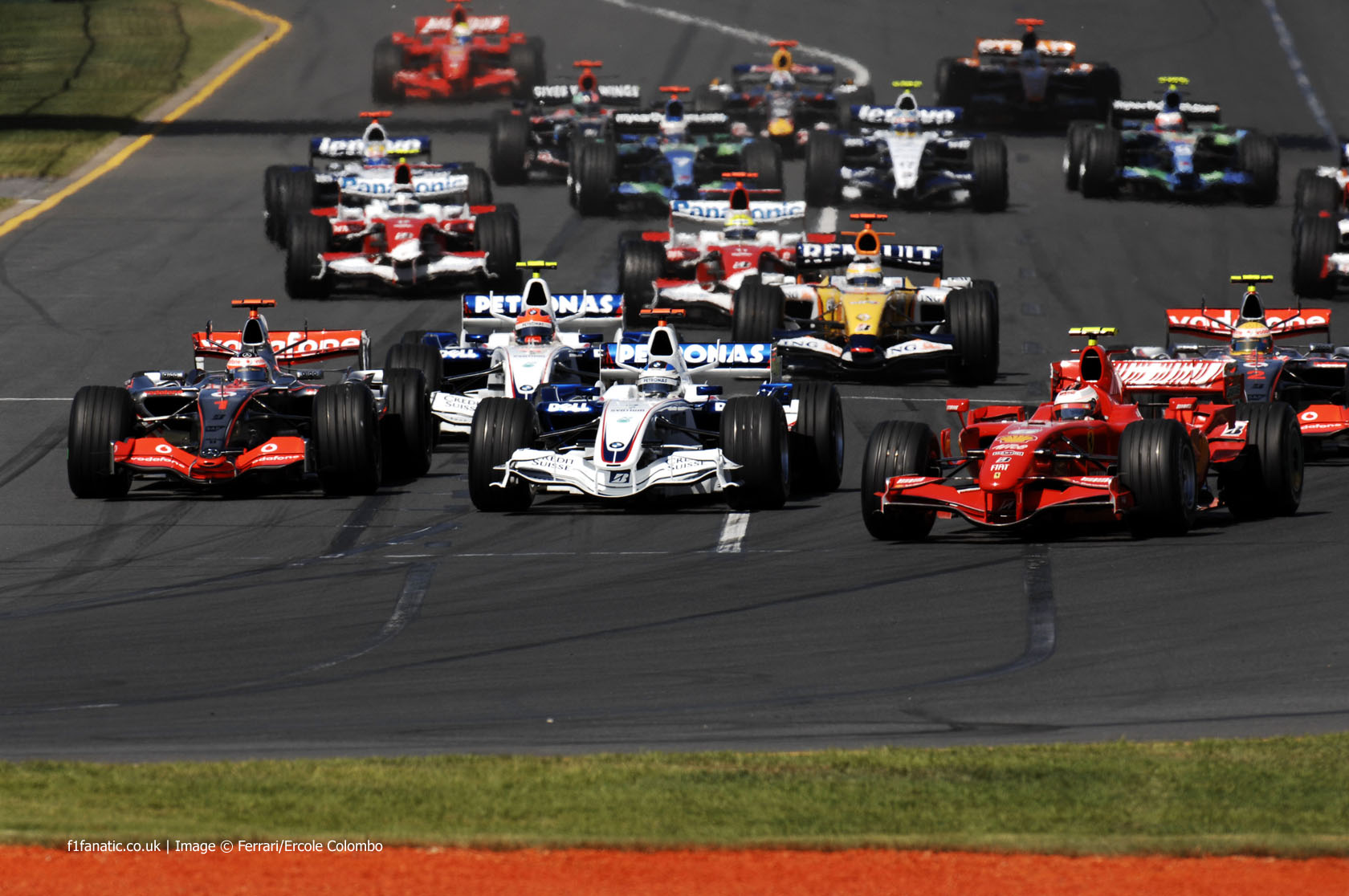 Ten years ago Lewis Hamilton had just made his first F1 start and Fernando Alonso still had the number one on his car.

And as the 2017 F1 season began small but significant change in the regulations had been made. It has remained on the rule books and arguably helped shape the next decade of racing.

For the first time drivers were required by the rules to use two different tyre compounds during a race, effectively forcing them to make at least one pit stop.

This change came hand-in-hand with the end of competition between tyre suppliers. With the ‘tyre war’ over, it was felt a rule forcing drivers to switch compounds was necessary in order to ensure tyres remained a talking point.

As refuelling was still allowed in 2007, the full implications of the new rule weren’t immediately obvious. That changed at the end of 2009 when refuelling was banned. The need to use both sets of tyres now became a crucial part of race strategies.

The rule remained in place through six years of Pirelli’s ‘high-degradation’ tyres which added another imperative to make more pit stops – sometimes as many as four per race. But 2017 has seen a return to more long-lasting rubber and Pirelli suspect we may again see drivers running virtually non-stop in some races this year.

Several other championships have mandatory tyre change rules including IndyCar, which provided the inspiration for F1 to begin with. But has the rule worked for F1 – and has it earned a place as a fixture in the sport’s regulations?

Forcing drivers to come into the pits guarantees a point of interest which might not otherwise happen. At some low-degradation tracks, such as Monaco, it’s unlikely drivers would need to pit at all unless the rules made them.

It also requires teams to solve the challenge of making their car run competitively on two different types of tyre. As we saw in Melbourne last weekend, Mercedes were not as comfortable on the ultra-softs, which helped Ferrari get ahead.

The rule inevitably leads to contrived outcomes where drivers run a single lap on one set of tyres to fulfil the rule while running the rest of the race on the same set. The only reason this hasn’t happened more often over the past ten years has been because refuelling or high-degradation tyres have compelled drivers to pit more often.

Arguably, forcing drivers to make at least one pit stop removes some potential variety from dry races as it makes it impossible for them to complete the race without coming into the pits.

The current tyre rules are massively over-complicated, taking up more than three pages in the Sporting Regulations. It seems to me this complexity brings with it little, if any, benefit.

Removing the limitations on which tyres drivers have to use in the race would make F1’s rules easier to understand. It would also end the contrivance of drivers running single-lap stints merely to satisfy the regulations.

Formula One’s current tyre rules are so complex that ending mandatory pit stops would mean changing other regulations too. The rules forcing drivers who qualify in the top ten to start on the tyres they used in Q2 would also have to go. But this is just another contrivance which F1 would be better off without.

Do you think the ‘mandatory tyre change’ regulations have benefited F1 over the last ten years? Or is this another artificial rule F1 doesn’t really need?

Do you agree the mandatory tyre change rule has improved F1 races?