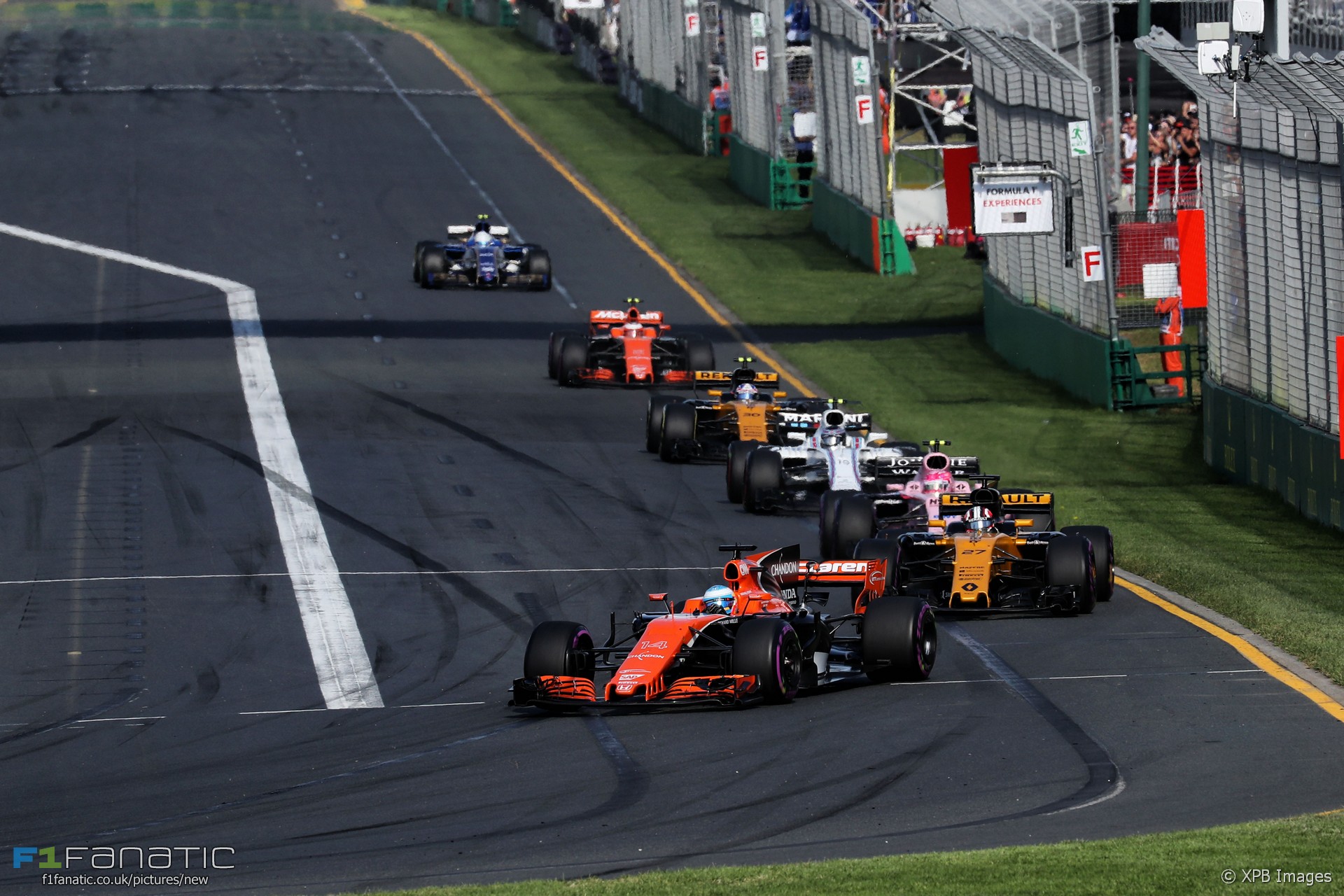 After a processional opening race of 2017, how will Formula One’s new owners react if the second race since they bought the sport also fails to excite?

Just a handful of legitimate overtaking moves were made after the first lap during the Australian Grand Prix. Although the race raised prospects of a season-long championship contest between Mercedes and Ferrari, will they be able to fight wheel-to-wheel in F1’s new cars?

However much fans like the look of the new cars and relish the potential title battle, many were clearly concerned about the lack of racing. The Australian race had its second-lowest score in Rate the Race of the past decade. Reaction elsewhere on social media was also mixed at best:

Pretty dull Grand Prix. Melbourne is a tough track to pass on so maybe racing will improve, but as a start it's a bit worrying #F1

Finally sat down to watch the Aussie GP and I wish I'd not bothered. Crock-o-shite "racing". Liberty Media must be horrified. #AusGP

We may not get the close racing this year but at least it should be a two team battle this year!! #F1 #CongratsVettel

I get there was no passing , but believe it or not last nights #GPofAUS was actually a improvement in competitive balance for #F1

Watching #F1 as a young boy, I was mesmerised by the cars, I still am with motor racing. Overtakes should be a special moment of a GP. 2/2

The race itself wasn't great though. Overtaking does look like its going to be a serious issue at some tracks. #AusGP

Brilliant start to the season. Not a classic race by any means, but seems Ferrari's testing pace was not a false dawn. Bring on China! #F1

A few fans upset of the lack of overtaking in yesterdays race. They need to realise, faster cars = more difficult to overtake. #F1 #AusGP

Watching the #F1 awful, what a dull, monotonous sport it has become. You want casual fans to come back, you need major changes.

Just caught up with #AusGP on #C4F1. Not exactly a classic. Hope it isn't representative of the rest of the #F1 season.

I was so disappointed while watching F1

#f1 nice to see a #Ferrari back on the pace and winning again but really nothing's changed, still a procession with no overtaking

I love #F1 with all my heart, but it has been put to shame the show of @MotoGP It really shows the work needed for @F1 down the road.

Bernie might have gone from @F1 but I could have watched paint dry today. #nodifferent

Love motorsport but christ #F1 is tedious again. What a dull race

Waited all day to watch the race only to be massively disappointed. Awful race in my opinion. Hoping for some better races #F1

F1 was a big disappointment. Hardly an overtake of note. However, what a MotoGP opener. Duel in the desert it certainly was! #QatarGP #AusGP

Just caught up on the #F1. Might have been a different winner but what a dull dull "race"

As usual the motogp race made the earlier f1 look a rather dull affair. Could count the overtakes on 1 hand #motorsport

So far F1 is matching my expectations: grip and speed enhancing spectacle while hurting racing due to turbulence and shortened brake zones

@nico_rosberg well i tried watching @F1 but got bored after 10 mins. @MotoGP has been fantastic though. Overtakes every lap across all races

New rules have made @F1 a worse show. Just a parade of cars, minimal overtaking. Will be watching @C4F1 highlights rather than live races.

Something for Wolff and co to think about after that stellar race from Vettel. Can't judge the racing yet, Melbourne is often tricky. #AusGP

Drivers all said the same about #F1 changes: tyres better, can push for longer; harder to overtake. As predicted.

So glad Vettel won..finally F1 is competitive! First time in 4 years, at last! Overtaking is an issue though #F1 #F1isback #AusGP #Vettel 🏎🏆

F1 good to see Ferrari at the races. However I have my concerns about overtaking opportunities for the new cars. Slip stream dirty air grip?

I was looking forward to F1 season. New cars were interesting. First race ONCE AGAIN determined by pit strategy with little passing. Lame!

It was great to see Ferrari getting the win yesterday, but it was a terrible race. A lot of work to be done to improve #F1 as a spectacle.

@thetwomikes The #F1 was absolutely awful yesterday. Overtaking was almost non-existent. It was utterly boring. @iromg

Crikey! It's only 1st race, want meaningless passing? Watch @NASCAR. It's never been easy to pass at the sharp end of #F1, that's the point!

#F1 hamilton saying he pitted because he thought ferrari would pass yet he says overtaking not possible. As usuall panic pit lose

Reserving judgement on #F1 aero rules until after China. It's alarming that Max 'king of the overtake' Verstappen expressed concerns however

Will the current formula with more Aero result in processional races, it likely will but the cars do have quicker cornering speeds #F1

More action in 30 seconds than the whole of the f1 race last weekend. #btcc

Of course one race doesn’t make a season. The Albert Park track has never been one of F1’s best venues for overtaking.

But the Shanghai Internatinoal Circuit, scene of this weekend’s race, tends to see plenty of passing. If F1 delivers another 56 laps of follow-my-leader, the calls for something to be done to improve passing will grow louder.

How Liberty respond to this may provide a telling sign of how they intend to manage their new $8 billion investment.

An obvious fix is already on the table. After Sunday’s race the FIA will examine whether the Drag Reduction System needs to be altered due to the changed aerodynamics of this year’s cars.

These changes are among the reasons why drivers are finding it more difficult to find each other closely. During one revealing radio exchange in Australia Felipe Massa expressed astonishment that he wasn’t close enough to the car in front to be able to use DRS.

Adjusting the DRS activation gap so that it is triggered when cars are within two seconds of each other instead of one second may increase passing opportunities. Another option would be to extend the DRS zones, though this wouldn’t necessarily be possible at all circuits.

But Liberty’s motorsport chief Ross Brawn has already signalled more than once he is no fan of DRS. He wants to explore the problem of cars following each other in a thorough, engineering-focused manner in order to arrive at a better set of regulations.

This seems a sensible plan. But if the first race of 2017 turns out to be the shape of things to come, the pressure for F1 to respond immediately with a short-term fix will be high.

Arguably, adjusting DRS would merely be a case of making the current rules work as they were intended to. If it does happen expect it to be justified it in those terms, rather than as a continuation of the hair-trigger, knee-jerk management of the F1 which was familiar during the Bernie Ecclestone era.

79 comments on “Pass or fail: How will Liberty respond to calls for more overtaking?”