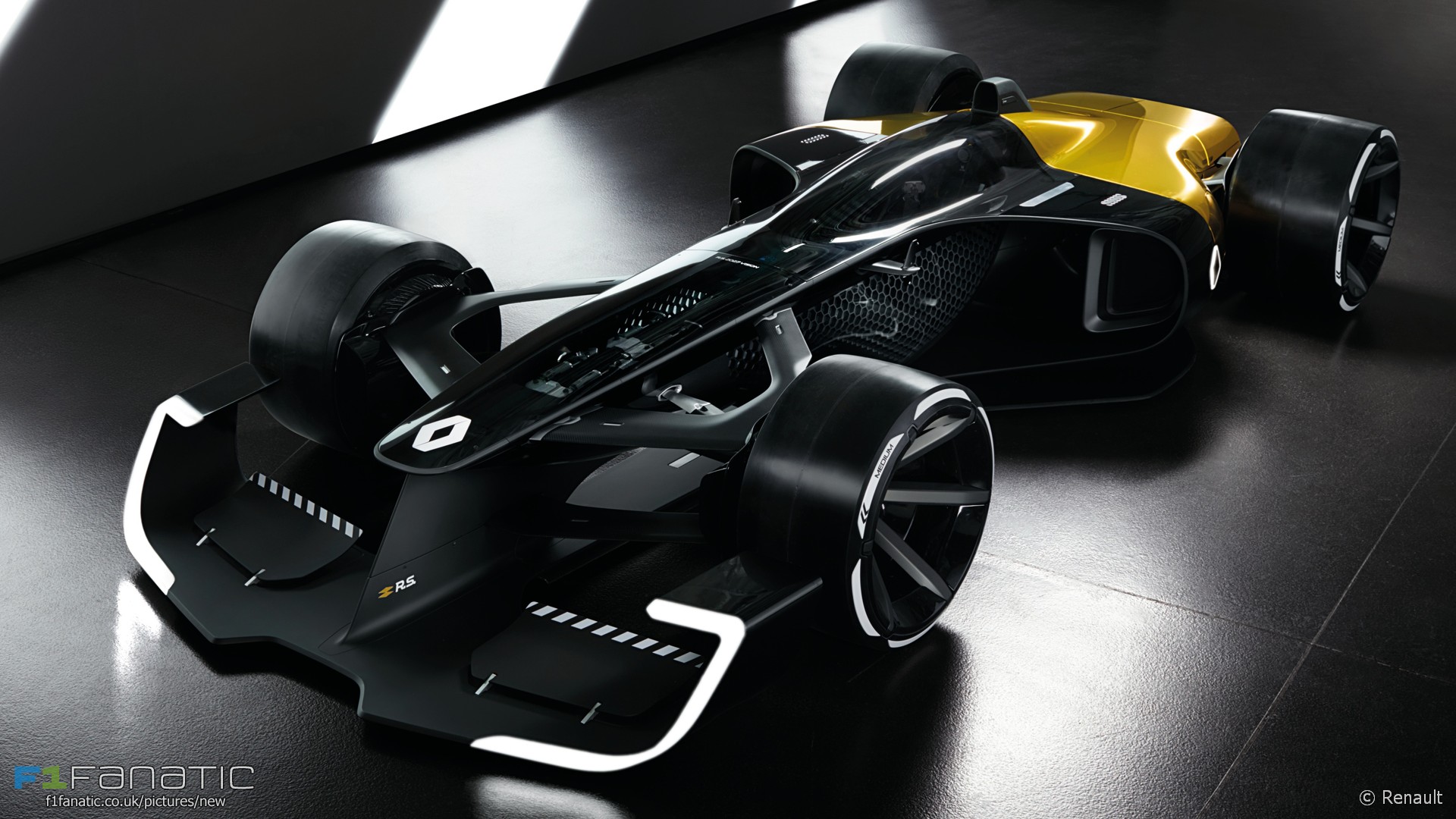 Renault has envisaged how Formula One could look in ten years’ time with its R.S. 2027 Vision concept car.

The French manufacturer, which first entered F1 40 years ago, sees F1 in ten years’ time as being a “more human-centric championship with drivers at the heart of the sport”. Reflecting this its 2027 car design features “a transparent cockpit and a transparent helmet that allow the drivers to be seen in the heat of the action”.

Its R.S. 2027 Vision car would have 1,341bhp and weight 600 kilograms. The car’s fuel tank would be half the size of the 105kg tanks used today and the hybrid unit would operate in electric-only mode when the car is in the pits.

The design also features active LED lighting in its wheels, moveable wings, a cockpit canopy, four-wheel-drive and four-wheel steering. To improve safety an “autonomous mode” can be “activated in the case of an accident”.

Renault is the latest manufacturer to reveal a future F1 concept car design. Ferrari and McLaren also did so in 2015: