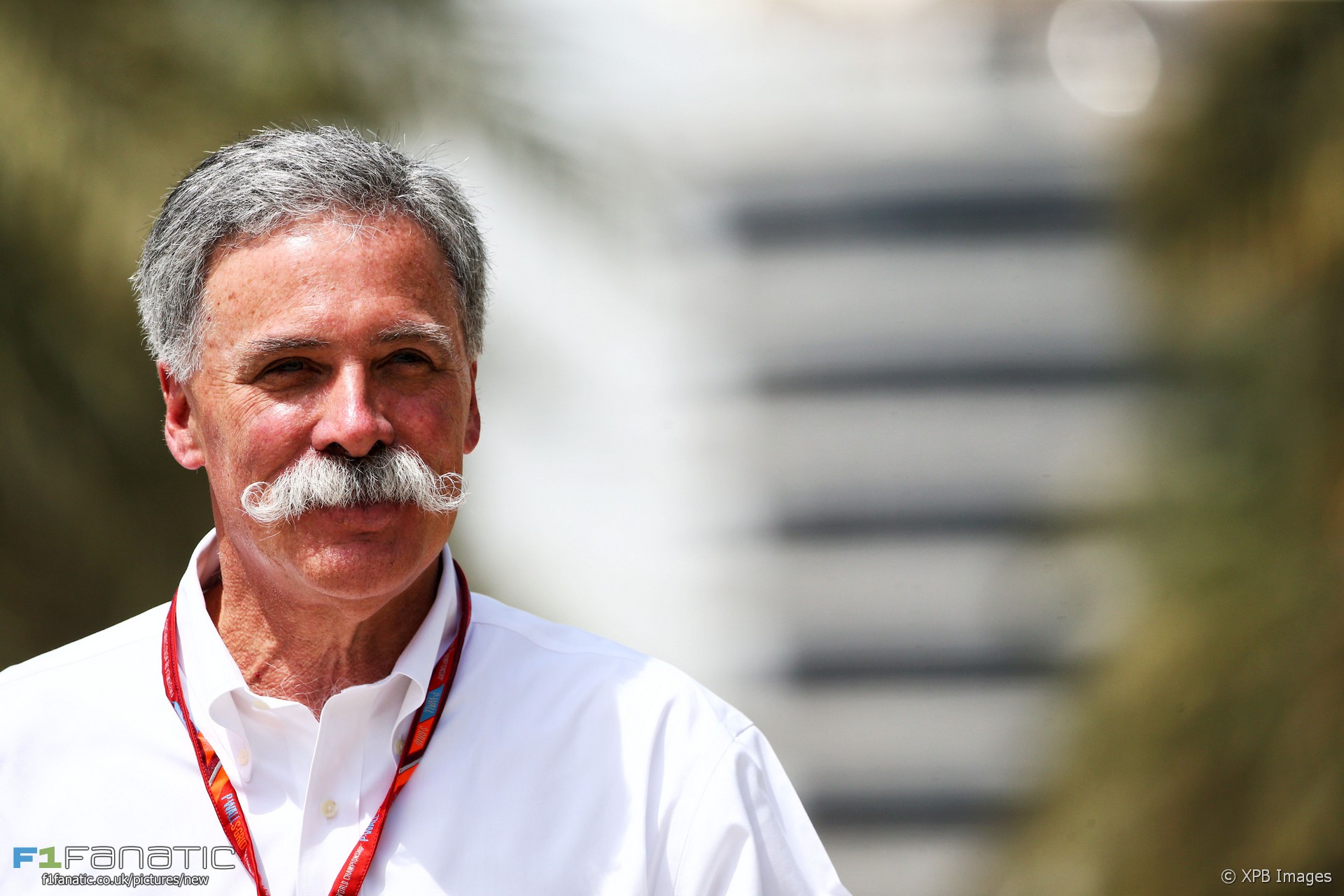 Formula One’s new owners Liberty Media have been watched closely since the beginning of the year.

How would they change F1? What would their priorities be?

These 14 changes they’ve had a hand in show why they’ve won praise for their leadership of the sport so far.

Teams had previously been barred from sharing any footage from official Formula One sessions, including tests. That changed at the first official session after Liberty Media took charge.

New teams can share videos from the paddock on social media, though they are still forbidden from putting up footage of the cars on track, to protect the investment broadcasters have put into the television rights.

While giving the teams more freedom to promote the sport on social media, F1 has ramped up its own social media activities even further.

The result has been a rise in the number of people interacting with Formula One on social media. At the Spanish Grand Prix F1 claimed its activities generated 137 million individual impressions plus a combined total of 11.9 million video views on Twitter, Facebook and Instagram.

The Spanish Grand Prix marked a new beginning for how F1 engages with its fans during race weekends. The new Fan Festival offered spectators the chance to enjoy racing simulators, a zip line, pit stop challenges and more.

There was little to no evidence of any marketing activity by F1 under the old regime. That has already begun to change, and every race weekend is accompanied by a series of announcements and press releases from FOM to help promote its efforts.

It’s a small but significant and powerful change.

An immediate ‘no-brainer’ change Liberty Media took care of was renaming feeder series GP2 as ‘Formula Two’ to make the connection between both as explicit as possible.

The question of what to do with GP3 is more complicated as Formula Three has existed for decades and runs to a different set of technical regulations.

By his own admission, Ecclestone believed that the more people he kept out of the F1 paddock the more exclusive and elite it would appear. Liberty Media’s philosophy is different.

The teams are now finding it easier to bring people into the paddock, which in turn creates better opportunities to attract sponsors and supporters.

Opening up the Strategy Group

The Strategy Group, initiated by Bernie Ecclestone in 2012, was a controversial addition to F1’s governance as it excluded several teams from having any say in proposed changes to the sport. Mercedes, Ferrari, Red Bull, Williams and McLaren, plus whichever of the other teams scored the most points in the previous season.

As a result while the sport is crying out for changes to prevent more of the smaller teams from collapsing, nothing has been done. But Liberty Media has shown a desire to change this.

While giving the other teams an active role in the Strategy Group would require changes to contracts, Brawn has now allowed representatives of the other teams to attend the meetings, shattering the secrecy which previously surrounded them.

For too long Formula One’s technical regulations have been shaped by knee-jerk changes with no overall strategy in mind. One rules change contradicts another: Cars were altered in 2009 to promote overtaking, yet the new generation of designs for this season has reversed most of those changes and harmed the on-track action as a result.

New F1 sporting director Ross Brawn plans to change that be investing time and expertise into designing F1’s future regulations. Several ex-F1 engineers he has previously worked with have already been appointed to get the job done.

Ecclestone was reluctant to allow popular local series onto the F1 support race bill. The British Touring Car Championship disappeared from the Silverstone support race card in the mid-nineties after it was forced to run as a non-championship event.

The spectacular Australian V8 Supercars championship had been running as a non-championship round at Melbourne. However from next year that is set to change – an innovation which will hopefully soon spread to other grands prix.

Consistency one of the most well-attended and entertaining races on the calendar, the future of the Canadian Grand Prix was in doubt as Ecclestone was pressing them to upgrade their paddock facilities.

In March a new deal was announced which will keep one of F1’s most popular races going until at least 2029.

McLaren were the first team to offer runs in a two-seater Formula One car 20 years ago. Other teams followed suit and IndyCar has made it a regular part of their fan engagement activities.

From the Spanish Grand Prix F1 now has a two-seater experience of its own, giving a handful of fans a chance to experience a very special ride.

Another change which has been long overdue is the use of larger car numbers to make it easier to identify the drivers.

This was one of a range of fan-friendly improvements which arrived at the Spanish Grand Prix.

There have been clear signs of a shift towards using lower camera angles in television broadcasts this year. This is something many fans have wanted to see in order to better illustrate the speed of the cars.

As a result we’re not seeing quite as many of those ultra-wide shots where the cars are tiny specks but the sponsor’s logos are framed to perfection. Since the beginning of the year there have also been experiments with picture-in-picture and other long-overdue additions to F1 broadcasts.

Making fans happy – one at a time

Young French fan Thomas Danel came to symbolise F1’s new, more open era when he was invited to meet Kimi Raikkonen after being distraught at his hero’s early retirement from the Spanish Grand Prix.

Liberty Media CEO Chase Carey said the decision to invite Thomas and his family to meet Ferrari was an example of the kind of fan interaction which would never have happened before 2017.

Have Liberty changed F1 for the better so far? What do you think should be their top priority

57 comments on “Changing F1 for the better: 14 smart moves Liberty have made already”