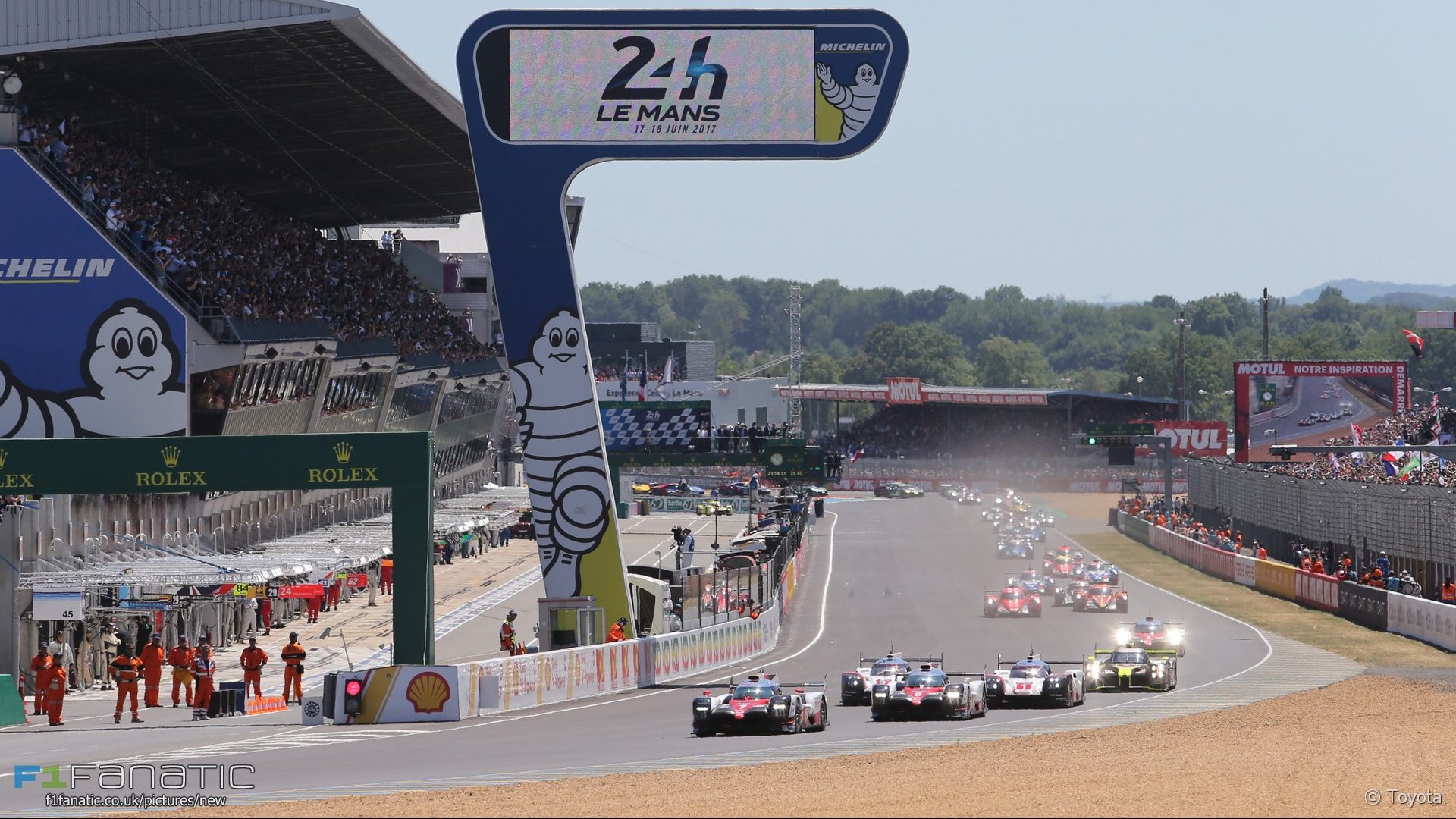 Toyota’s president suggested hybrid technology may be “not yet ready for the long distance of the 24 Hours of Le Mans” after the Japanese manufacturer again failed to win endurance racing’s greatest prize.

After the 2016 edition of the 24 Hours of Le Mans, anyone would have been forgiven for accepting a straightforward Toyota victory to provide redemption for their last-lap heartbreak.

But this time they didn’t come close to making it that far. Within 12 hours of the start all three Toyotas were completely out contention. The leading number seven car of Kamui Kobayashi, Mike Conway and Stephane Sarrazin retired due to clutch failure triggered by a bizarre mix-up during a Safety Car period. Kobayashi mistook LMP2 driver Vincent Capillaire for a marshal and pulled away when Capillaire gave him a thumbs-up gesture in encouragement. Kobayashi then had to stop and re-start which subject the clutch to excessive stress, causing it to fail.

Porsche suffered trouble with both cars as well. Timo Bernhard, Earl Bamber and Brendon Hartley’s 919 spent an hour in the pits and only managed to wrest the lead of the race from one of the slower LMP2 entries with an hour to go.

The difficulties faced by Toyota and Porsche’s five LMP1 hybrids prompted a surprising response from Toyota president Akio Toyoda. “Even [Porsche’s] winning car number two and our car number eight, which completed the race, were forced to undergo time-consuming, trouble-caused repairs, before struggling to cross the finish line,” he noted.

“While the hybrid technology that has advanced through competition in the FIA World Endurance Championship puts its abilities on display in six-hour races, it might be that it is not yet ready for the long distance of the 24 Hours of Le Mans.”

The LMP2 ORECA-Gibson of Oliver Jarvis, Ho-Pin Tung and Thomas Laurent caused a sensation by leading a portion of the race. The trio went on to take second outright and won the LMP2 class.

A closely-fought GTE Pro race was only decided as the 340th and final lap began. Jonny Adam put the Aston Martin he shared with Darren Turner and Daniel Serra ahead of the ailing Chevrolet Corvette of Jan Magnussen, Antonio Garcia and Jordan Taylor.

In the first of two races on Saturday, Paul Di Resta took the win for Mercedes ahead of Timo Glock and Bruno Spengler’s BMWs. The two ex-Formula One drivers both pitted on lap six gained back most of the time lost in the pits when Maxime Martin stopped on track with damage. Pole sitter Rene Rast pitted on lap 23 and finished sixth.

Rast took pole for the Sunday race too but this time he held on and took his first career victory in comfortable fashion. He finished ahead of Audi team mate Mattias Ekstrom, with Martin recovering from the previous day’s retirement to take third. Lucas Auer, the championship leader prior to Hungary, failed to finish, meaning Rast also took over at the head of the standings.

A poor weekend for Lando Norris in Hungary meant he slipped to fourth in the championship having arrived at the Hungaroring tied for the points lead. Joel Eriksson holds a slender five-point margin over Maximilian Gunter with Callum Ilott another 12 points behind.

Gunther dominated the opening race of the weekend, collecting fastest lap as he converted pole position to victory. Jake Hughes finished runner-up with Jehan Daruvala completing the podium. Ilott took his own lights-to-flag victory in race two, overcoming early pressure from Eriksson who came home second. Ferrari junior Guanyu Zhou took the final step on the podium but it was another race to forget for Norris, who started on the second row but finished 14th after another poor start.

Eriksson reversed the result in the final race of the weekend, topping the podium ahead of Ilott and Zhou once again. Norris applied pressure late on to take the final podium place, but came up just short in fourth place.

The Formula One world championship continues in Azerbaijan this weekend, supported by Formula Two. Here’s what else is racing: