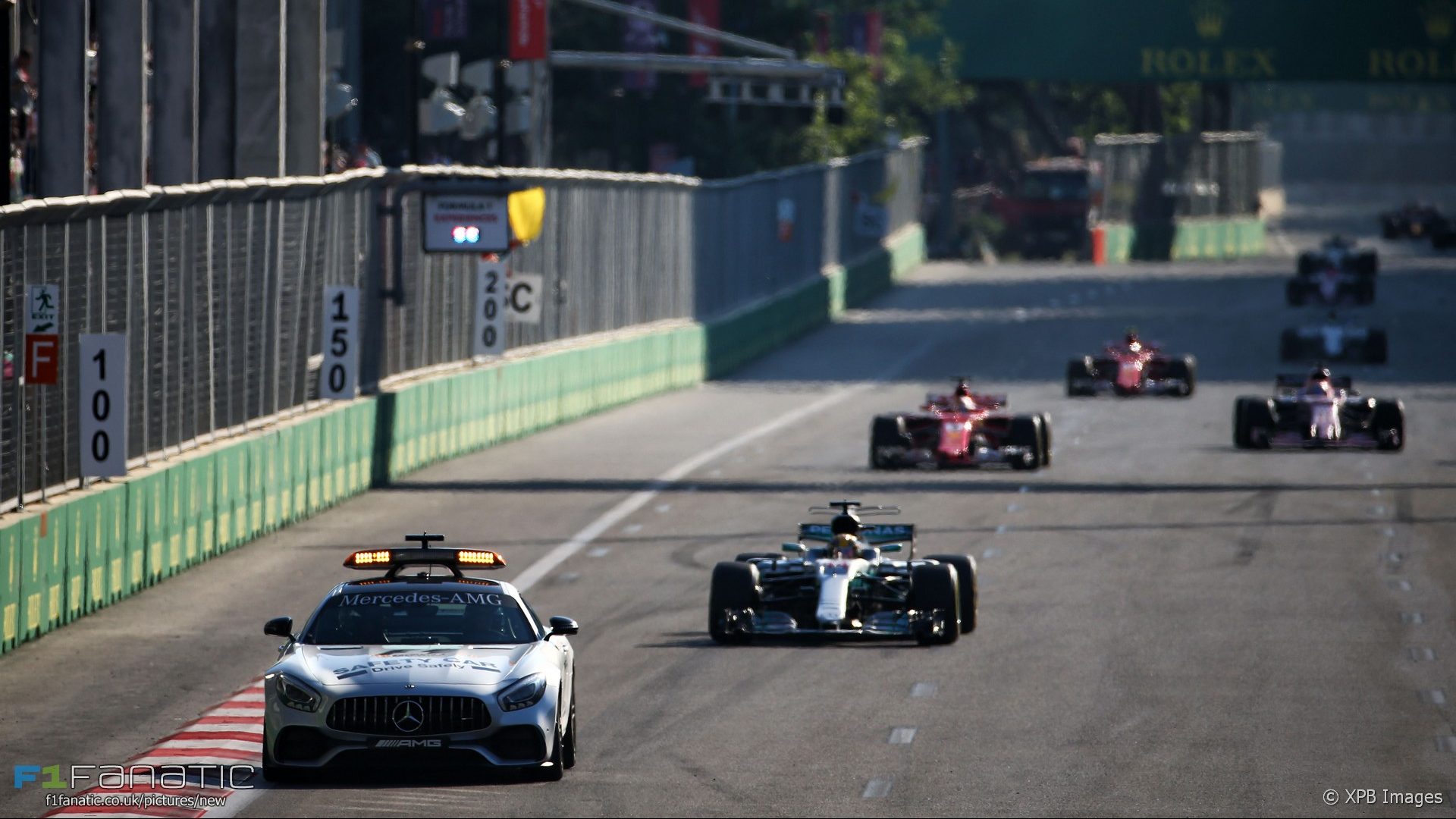 Sebastian Vettel has sought to deflect criticism of his deliberate contact with Lewis Hamilton by claiming his rival “brake checked” him.

Drivers are forbidden from driving “unnecessarily slowly, erratically or in a manner which could be deemed potentially dangerous to other drivers” during Safety Car periods. The FIA has already made it clear Hamilton’s driving did not break the rules. This hasn’t discouraged Vettel from continuing to insist Hamilton was at fault.

An overlooked but significant detail in this row is that Hamilton had good cause to slow the field down more during that restart, the second of the race, than he had during the previous one. Following the first restart Hamilton was advised by his team that he needed to give himself more space at the next restart, meaning he would have to slow the pack down more.

The following radio exchange was heard:

Mercedes were concerned Hamilton might violate article 39.8 of the Sporting Regulations which states: “No driver may overtake another car on the track, including the Safety Car, until he passes the first Safety Car Line for the first time when the Safety Car is returning to the pits.”

At Baku the first Safety Car Line is at the same point as the pit lane entrance begins. This section of the track caused several problems for the GP2 drivers last year. Race leader Nobuharu Matsushita overtook the Safety Car before the line and was later given a two-race ban.

Did Hamilton pay heed to what he was told? As the exchange shows Hamilton gave the idea short shrift at first. But it seems he came around soon afterwards.

Not all the team radio communications are broadcast so if there was further discussion on this point we didn’t hear it. But Hamilton did make comments later on about the speed the Safety Car was going.

At both of the next restarts he did slow the field down more and left a bigger gap to the Safety Car. The first of these was when the incident with Vettel occured.