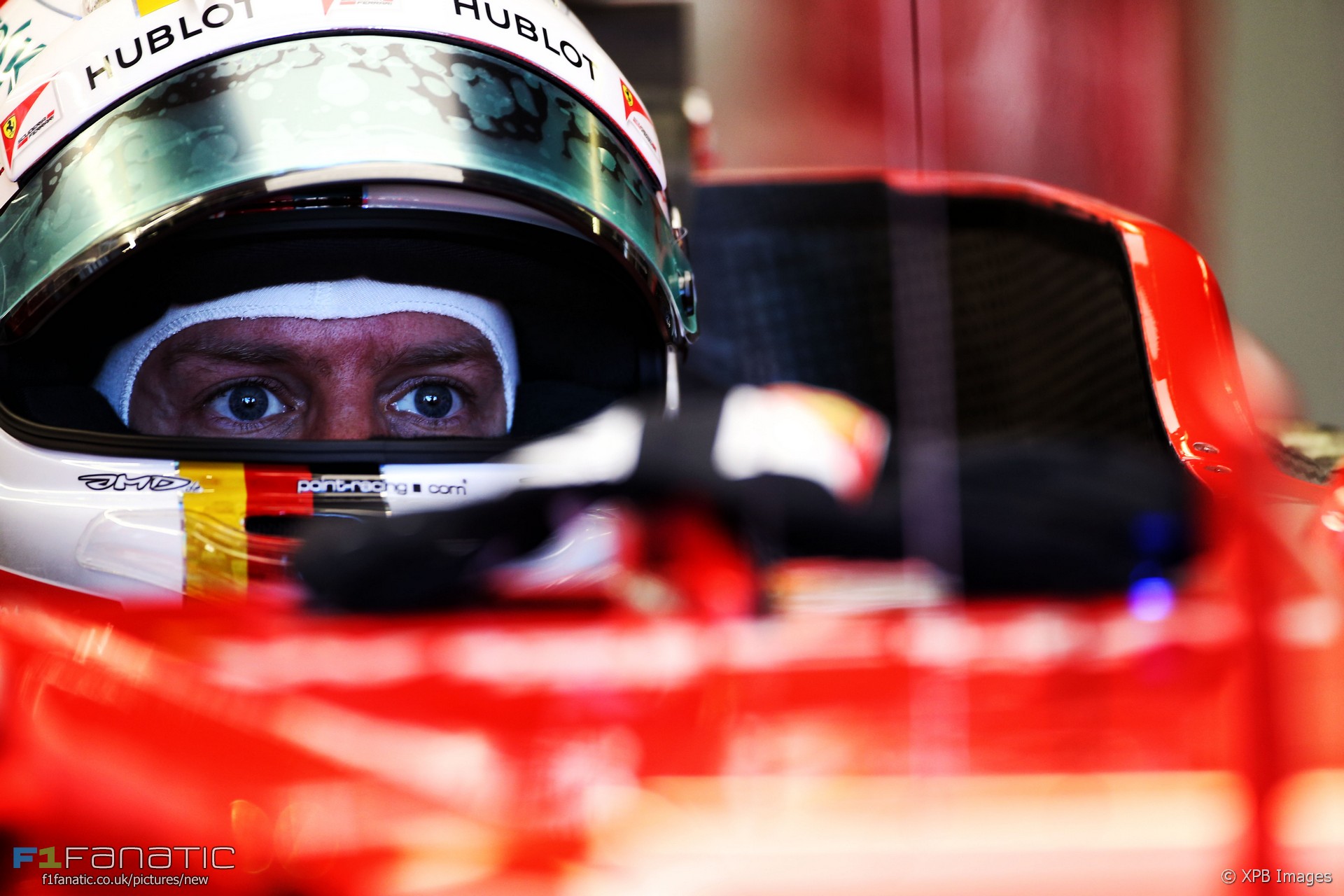 Sebastian Vettel has won four world championships and 45 races. Few manage to do this without putting someone’s nose out of join along the way.

Even so, some of the media coverage Vettel has received – particularly in the UK – has been distinctly partial. During Vettel’s championship-winning years British newspaper readers were left in no doubt that his team mate Mark Webber was the only Red Bull driver who ever received a team order (he wasn’t) and was given a significantly less reliable car (he didn’t).

That noxious British stereotype of the ‘cheating German’ was just too tempting for many. But not all the negative criticism was tinged with this kind of xenophobia. Some of it was justified.

And so is the criticism of his behaviour last Sunday. Vettel was hot-headed, reckless and entirely to blame for the collision he instigated with Lewis Hamilton.

A moment of madness

Vettel arrived in Azerbaijan with a 12-point advantage in the championship. But his lead was coming under threat: Hamilton took a big bite out of it in Canada.

Mercedes appear to have solved many of the teething troubles with their W08. Baku again suited them well and, astonishingly, they were even further ahead on one-lap pace than they were 12 months ago. Perhaps the FIA’s latest clampdown on teams using oil as fuel had hit the Ferrari-powered cars more than the other teams.

Whatever, Vettel went into the race on the back foot, even beaten to third on the grid by Kimi Raikkonen. But a first-lap collision moved him up to second. Realistically, this was as good as damage limitation was going to get for him in Baku.

Then began a spate of incidents which caused a series of Safety Car interruptions. Baku’s unusual circuit configuration meant this was always going to be problematic, as the GP2 drivers discovered 12 months ago.

For Hamilton it presented the opportunity to back Vettel up into a chasing pack of Mercedes-powered cars who could out-accelerate him to turn one. But the race leader also needed to avoid falling foul of the rules which forbid drivers from overtaking the Safety Car before it returns to the pits.

Hamilton therefore gave the Safety Car plenty of time to pull away as they rounded turn 15 ahead of the lap 16 restart. He almost succeeded in costing Vettel a place to Sergio Perez. Behind them, Kimi Raikkonen’s car was replaced by two more Mercedes-engined rivals: Felipe Massa and Esteban Ocon.

Within seconds the Safety Car was out again due to debris. The pressure on Vettel ratcheted up: Now he had to survive another restart with a trio of Mercedes-powered cars filling his mirrors. Hamilton, who’d been warned by his team he’d cut it fine with the Safety Car on his previous restart, slowed the field again at turn 15.

F1 Fanatic understands from the FIA that Hamilton’s telemetry from this and other points in the race was subsequently scrutinised by the stewards. They concluded he did nothing unusual and, in particular, nothing he wasn’t allowed to do in his role as race leader during the restart procedure. What happened next was, therefore, all on Vettel.

The Ferrari made contact with the Mercedes twice. The first, from behind, seemed to be accidental. It was the kind of incident we’ve seen happen before in high-stakes restarts, notably in 2012 when Jenson Button almost went up the back of Vettel at Singapore.

The second contact was clearly deliberate, as described by the stewards: “Car five [Vettel] drove alongside and then steered into car 44 [Hamilton]”.

An angry Vettel came on the radio: “He brake-tested me. What the hell is going on?” An astonished Hamilton told his team: “Vettel literally just came alongside me, turned in and hit me.”

It was a momentary loss of control and a lapse in judgement, albeit a severe one. Had Vettel found the sense to admit as much afterwards the criticism heaped on him would not have been quite so severe. Instead he stuck to his guns and feigned innocence when told he was being punished for dangerous driving.

It was hard not to think of Vettel’s behaviour in Mexico last year as all this unfolded. The angry rashness and poor judgement were the same.

For several years now we’ve been able to hear a lot of what the drivers tell their teams on the radios. And lately – since around the beginning of last year – Vettel has sounded increasingly highly-strung.

Sometimes this has been with justification. Such as in Russia last year when he was rammed twice in as many corners by Daniil Kvyat, prompting his memorable “ping pong” remark. But his ire continued to rise last season and, in Mexico, boiled over with his four-letter tirade at the race director.

It gives the impression that a new strain of desperation is at work in Vettel. It’s as if going four years without a world championship have driven him to heights of agitation in the cockpit which he can’t quite control.

He wouldn’t be the first driver to suffer in the unique high-pressure environmental at Ferrari, amplified by being the team’s number one title hope. But he needs to knock this behaviour on the head.

In Mexico his incautious move on Daniel Ricciardo cost him a podium position. Last weekend he threw 13 points away. The 2016 championship was decided by less than half that.

It’s time for someone in his corner to do the tap on the shoulder and the quiet word in the ear. Over to you, signor Arrivabene.

263 comments on “Vettel must cut out the temper tantrums”