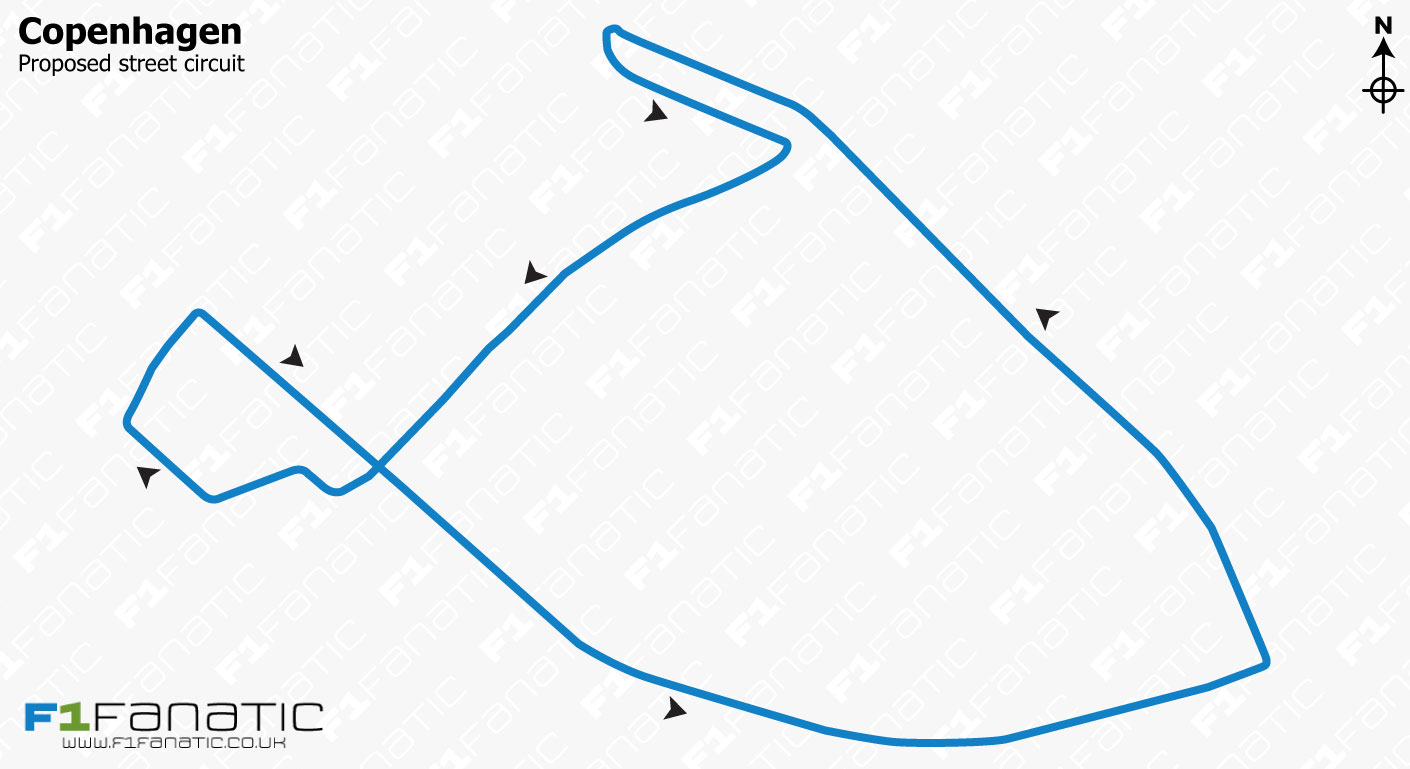 Plans for Formula One to add a Danish Grand Prix in Copenhagen to the 2020 F1 calendar have taken a step closer with the publication of plans for a 4.5-kilometre street circuit in the Danish capital.

The unusual course, details for which have been published by Danish newspaper Jyllands-Posten, would include two major bridges (four in total) and a crossover. The figure-of-eight layout would include two very high-speed stretches.

The design is still at an early stage and does not yet include plans for a pit complex. However the race organisers believe any changes between it and the final design would be “minimal”.

Parts of the layout were designed by former F1 driver Jan Magnussen, father of Haas driver Kevin Magnussen. The track layout has had input from F1 circuit designer Hermann Tilke, who visited the city in March.

The circuit passes near to several major attractions in Copenhagen including the Christiansborg Palace, where the Danish parliament sits, and the Tivoli Gardens.

The plan is being backed by Lars Seier Christensen, one of the co-founders of Saxo Bank, and Helge Sander, a former Danish member of parliament. They are seeking financial and political backing for the project and have already held meetings with Formula One’s new management, who are keen to expand the schedule. The 2018 F1 calendar will feature 21 races.

Denmark has never previously held a round of the Formula One world championship. Kevin Magnussen is the country’s most successful F1 driver and the only Dane to have scored a podium.