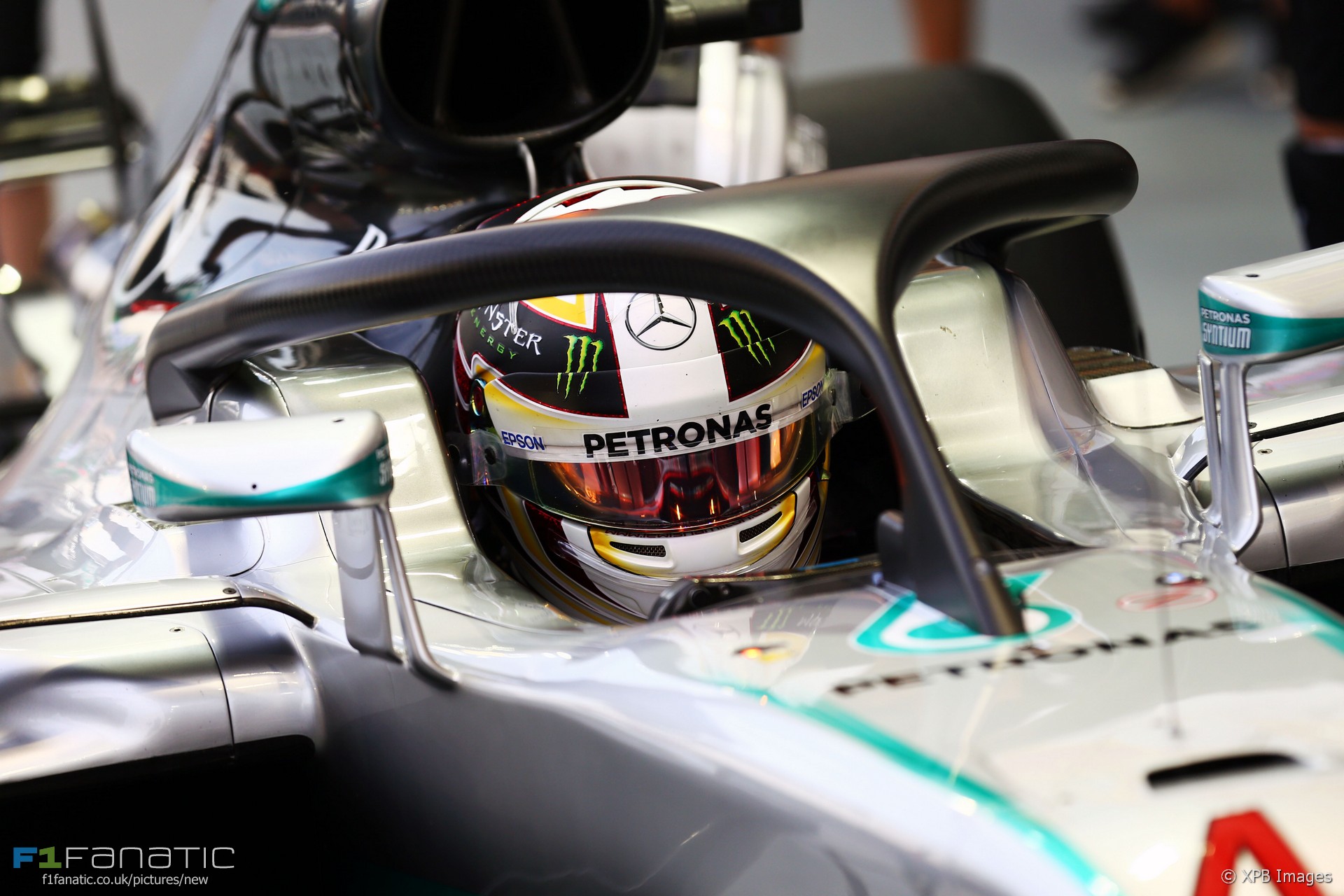 The Halo head protection system, which F1 cars must be fitted with from next year, challenges the idea that beauty is subjective.

There might be someone out there who likes the look of it but if there is they’ve stayed very quiet since the first iteration of the design appeared 16 months ago.

Not from any angle does Halo look like something which belongs on a racing car. It’s like a supermodel forced to wear sixties-era orthodontic headgear. As if someone’s welded a Zimmer frame onto a Jaguar E-type.

So it’s not hard to understand the backlash against yesterday’s announcement that next year every F1 car will be fitted with a safety thong. Yet at the same time many seem to have underestimated the FIA’s determination to introduce new frontal head protection regardless of how ugly it may be.

Having spent eight years investigating better head protection, there can be no doubt the FIA realises the potential danger to its drivers from large pieces of debris. If they now fail to act and something does go wrong, there could be serious legal ramifications.

No one wants to see another driver fatality and if one were to happen that would be a tragedy all of its own.

However should the FIA choose not to introduce Halo next year and a driver takes a fatal hit to the head from a flying wheel, the sport’s governing body could face prosecution. A lawyer would point out it recognised the potential danger, spent years devising a solution but decided not to introduce Halo.

Asked why it decided not to fit cars with a potentially life-saving development, would the FIA seriously offer “because it looked ugly” as a defence?

This isn’t an unrealistic scenario. The FIA is already facing a lawsuit over Jules Bianchi’s fatal crash in 2014.

The death of Ayrton Senna in 1994 prompted legal action which took over a decade to resolve and prompted a revolution in safety standards in the sport. Previous F1 fatalities also led to court cases.

Following Friday’s unsuccessful test of the Shield, the FIA has ruled out any alternatives to the Halo. With teams close to finalising their 2018 car designs time has almost run out for further debate.

Although the FIA claimed to have the support of drivers for introducing the Halo, some have spoken out strongly against it.

Perhaps the FIA is hoping that, faced with the certainty the Halo will come in next year, it can obtain some kind of disclaimer from the all drivers giving their agreement for the field to race without the Halo and indemnifying the FIA from prosecution in the event of an injury it might have prevented.

Concept images of possible future F1 cars have shown how the sport could introduce full cockpit covers which retain aesthetic appeal while offering greater protection. A fully integrated approach like this, unlike Halo’s ‘bolt on’ approach, would require significant changes to the technical regulations, which forbid cockpit covers. Would drivers be willing to accept Halo as a temporary measure, or agree to race without it, until the rules are changes to permit designs like these?

While the critics of Halo number in the thousands, the race-ready alternatives to it number less than one. In the meantime the only way to make it look good is to remember it’s there to save lives.