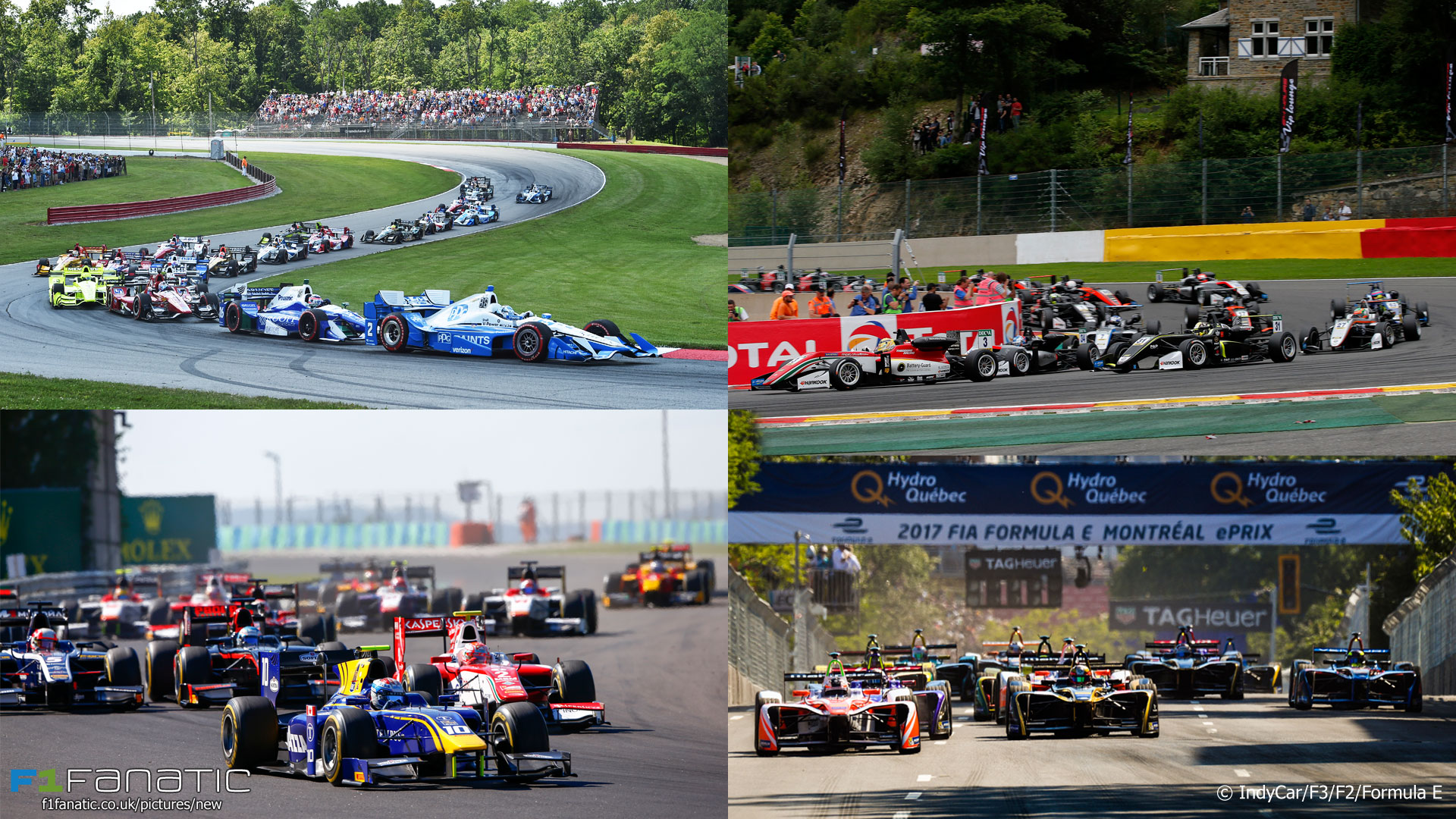 For a newcomer looking to break into grand prix racing, the 2018 F1 season may prove one of the toughest years in a long time to get a break.

Unless someone does a Nico Rosberg, none of the top drivers look like moving on any time soon. Many of the front runners look set to stay put.

And with Robert Kubica potentially in the running to make a return, that means there’s one few space available for a new name to move in.

As always the ranks of eager newcomers are massively oversubscribed. Between the other top championships and leading junior series there is well in excess of 100 names vying for a place among the sport’s elite.

So who would you put among them?

Prominent F1 team reserve or test drivers who are not racing this year have also been included. All drivers who have previously started an F1 season have not, unless they were substitutes.

Wondering how many FIA F1 superlicence points each of these drivers had at the beginning of 2017? You can check here:

I first became aware of Charles Leclerc in 2014 when he appeared in the Formula Renault 2.0 Eurocup as a wildcard driver and beat many of the series’ regular drivers at a damp Nurburgring. Now with a GP3 title under his belt he’s laying waste to the Formula Two field in his rookie season. A 50-point lead at the top of the standings doesn’t do justice to how well he’s driven, and hopefully someone finds room for him in F1 next year.

Lando Norris is another driver who I first noticed in the Eurocup albeit much more recently – just last year, when it was one of three championships he won. He’s challenging strongly for the European Formula Three title at the moment but the highlight of his year so far is surely that eyebrow-raising test for McLaren earlier this week. He turns 18 in November. Would an F1 drive next year be ‘too much, too soon’? Max Verstappen’s success suggests otherwise.

Leclerc and Norris are backed by Ferrari and McLaren respectively. The other team juniors I’d like to see in F1 next year are Antonio Gioviazzi (Ferrari) and Pierre Gasly (Red Bull). However the chances of any of these drivers appearing for those teams are very slim: Most likely they’d be placed at other outfits.

There are many names on that list who arguably didn’t get the chance they deserved the first time around. The one which really stands out for me is Robin Frijns, who won both of Renault’s most competitive junior series first time out and tested for Sauber but didn’t have the budget to land an F1 seat.

It’s encouraging to hear F1 is planning to expand its grid in the near future. Hopefully that means more talents like Frijns get the chances they deserve.

Which of these drivers deserves a place on the 2018 F1 grid? Are the any others not named there you think deserve a chance?

Vote for as many as you like above and explain your choice in the comments below.