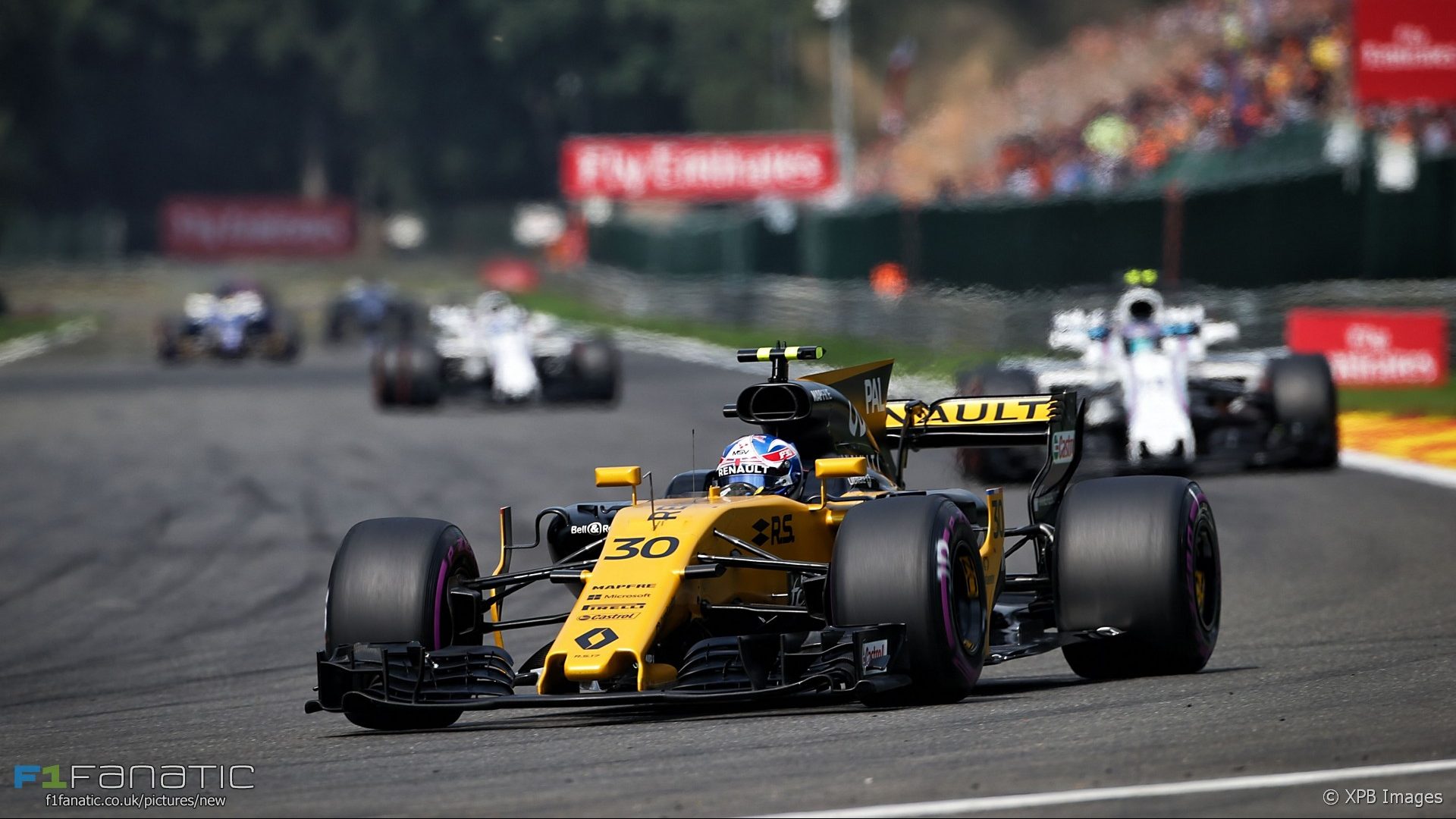 Jolyon Palmer remains convinced Fernando Alonso should have been penalised for pushing him off the track during the Belgian Grand Prix.

The Renault driver said the incident was comparable to Kevin Magnussen forcing Nico Hulkenberg off in Hungary, for which Magnussen was given a time penalty.

“To be honest I don’t understand why [Alonso] didn’t get a penalty,” said Palmer in Monza.

“We had two corners previously of hard racing, just about gave each other room both ways. I’ve even seen it on the onboard afterwards and he’s clearly just looking at my car and drives me off the road.”

“I don’t really see the difference between that and Magnussen’s one on Nico in Hungary. So I think we need to see why there’s no consistency there.”

Spa looked like being Palmer’s strongest weekend of the year by far until a car problem in Q3 meant he picked up a gearbox change penalty.

“I was feeling really good the whole weekend,” said Palmer. “We had no issues, which was nice, until qualifying.”

“But then the problem with the gearbox penalty is I should have been seventh on the grid, instead I qualified tenth. But then you get the extra five places on top. Then you’re in Q3 so you had to start on the used tyres from Q2, everyone around you starts on new tyres.”

“We also set the car up to be quick in qualifying, which it was, but that meant we didn’t have the top speed for the guys around us. So overtaking was pretty hard and it was a bit of a slog in the race.”