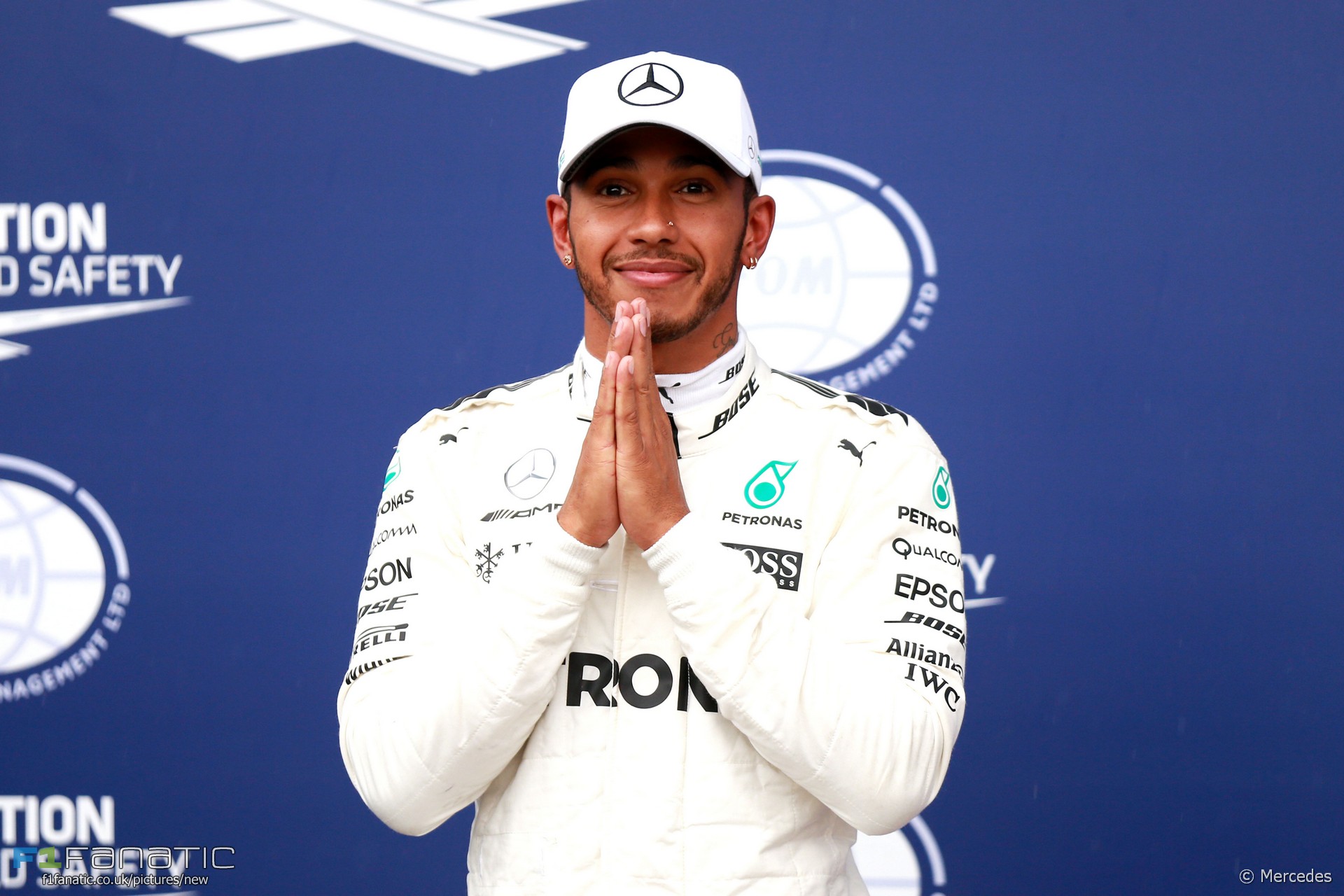 Last weekend Lewis Hamilton became only the eighth driver in the 67-year history of the world championship to hold the record for most pole positions.

Even by F1 standards this is a rare achievement. This is only the fourth time the record has changed hands since 1958. History tells us it could be a decade or more before anyone surpasses Hamilton’s eventual mark, wherever he raises it to.

Those who preceded Hamilton include Giuseppe Farina, Juan Manuel Fangio and Walt Faulkner, who took pole for the first three world championship races respectively. The latter was the Indianapolis 500.

Fangio briefly held the record but when injury kept him out of the 1952 season Alberto Ascari seized the initiative. After Ascari’s untimely death Fangio pushed the record to 29, taking his final pole position in front of his home crown at Buenos Aires.

Two years after Fangio retired the man who took his title made his grand prix debut. Jim Clark was a front row fixture until his death in 1968. A year before that, in Canada, Clark ended Fangio’s reign as the number one pole sitter of all time after 13 years and 29 days.

It took over two decades for anyone to surpass Clark. He was campaigning the latest in a series of potent Lotus chassis in F1 at the time of his death and would surely have amassed more than his 33 pole positions. But the same could be said of the driver who eclipsed Clark’s record and almost doubled it.

Ayrton Senna’s pole position at the 1989 United States Grand Prix was his eighth in a row. He was the most prolific pole-setter in every season bar one from 1985 to 1991.

At that point in his career, before the rise of Williams-Renault in 1992, Senna had already increased the record to 60. His pole position strike rate stood at an incredible 47.6%. He only started from pole on five more occasions before he was killed at Imola in 1994.

At the following race Michael Schumacher started from pole position for the first time. He eventually claimed Senna’s record, surpassing it at Imola in 2006 and edging it from 65 to 68 before bowing out of F1 at the end of the year.

In a neat but thankfully less tragic symmetry, the driver who eclipsed Schumacher’s record made his grand prix debut in the race after Schumacher first retired. Hamilton and Schumacher eventually shared the track when the latter returned to F1 with Mercedes in 2010.

Schumacher was unable to add to his poles tally, though he should have done at Monaco in 2012. The Mercedes driver topped the qualifying session but had to take a five-place grid drop for ramming Bruno Senna’s Williams in the previous race. In a further coincidence, Hamilton had been stripped of pole position at the previous race after his McLaren failed a technical check.

In 2013 Hamilton replaced Schumacher at Mercedes and the year after that the team produced the first in a series of crushingly dominance V6 hybrid turbo cars. Only now are they beginning to face real competition but it hasn’t been enough to stop Hamilton taking twice as many pole positions as his rivals put together this year.

How much higher it may go depends on how long he intends to keep competing and how competitive Mercedes will continue to be. Could Hamilton be the first driver past 100? It’s not out of the question.

Evolution of the record

Click, scroll and drag to zoom and move the graph above.

NB. Only includes drivers who set more than one pole position.

80 comments on “From Farina to Hamilton: The stats of F1’s pole position record-holders”