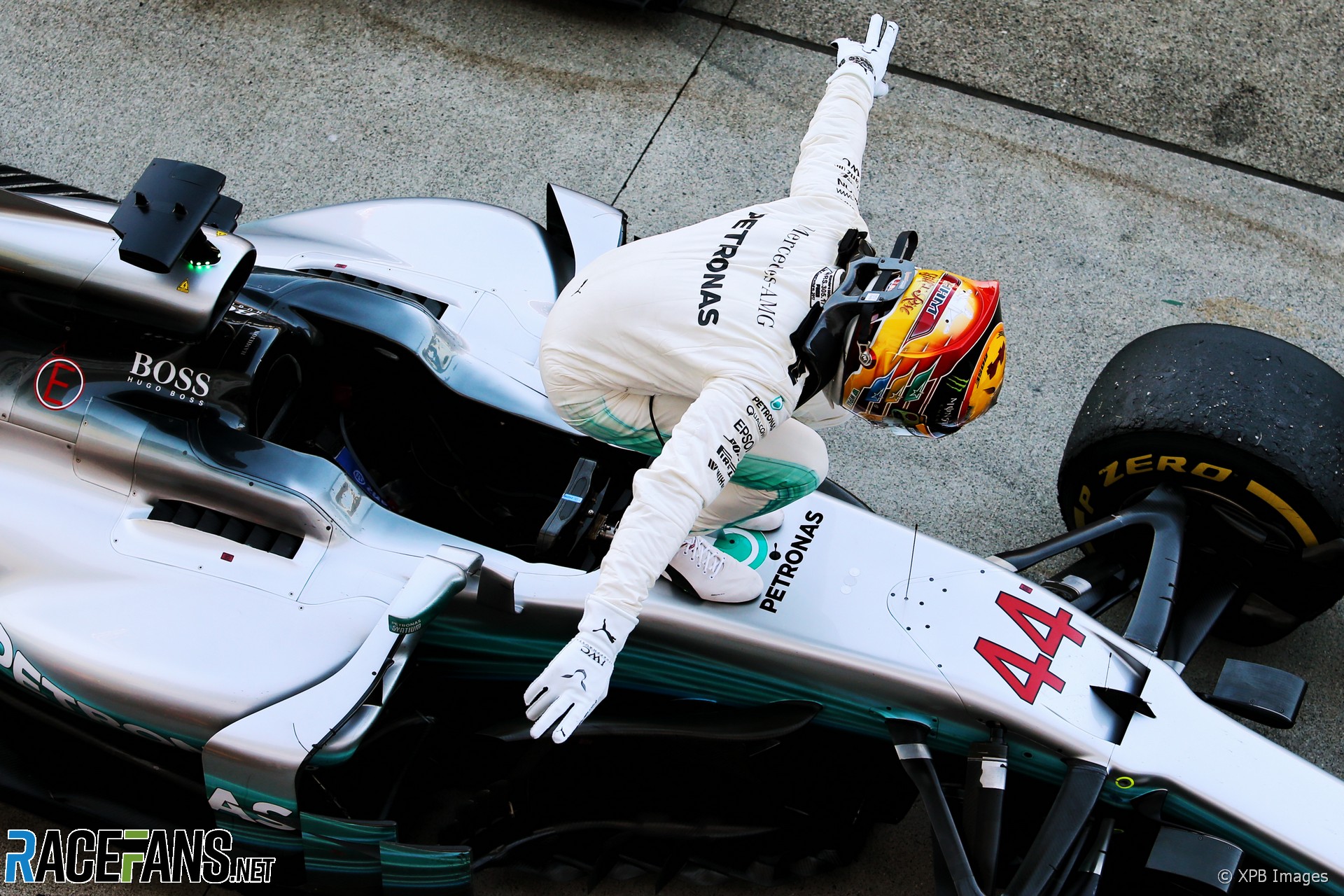 “We can never be fully confident of having solved the problems we’ve got,” said Ferrari’s chief technical officer on Friday when asked about the twin failures which had struck his cars down one week earlier in Malaysia.

He was right to be cautious. For on the grid in Japan Ferrari endured a repeat of their Malaysia nightmare. But while in Sepang it was Kimi Raikkonen whose car was sidelined before the race even started, this time it was their championship contender.

And so instead of a highly anticipated duel between Sebastian Vettel and Lewis Hamilton, the Japanese Grand Prix was the race in which the championship contest fizzled out.

For all the sophistication of the modern Formula One turbo-hybrid power systems, it was a component as a spark plug which caused Ferrari’s grief on the grid. Amid the confusion as the team’s mechanics scrambled to replace it Vettel failed to make it to the podium ceremony on time, earning a reprimand, but this was the least of his problems by far.

Although much of the ban on radio communications was rescinded last year, the restrictions on communications during the formation lap remains. So it was clear something was still amiss at Ferrari when Vettel told them, “I know you’re not allowed to talk to me but if there’s anything for safety or reliability let me know.” Obviously the concern was more the latter than the former.

Vettel was given the inevitable list of switch changes. But as soon as the race began it was clear they hadn’t worked. Although he held second position through the Esses, Max Verstappen pounced on him at the hairpin and was through into second behind Hamilton.

Ferrari had a few laps to regroup after the Safety Car appeared. Carlos Sainz Jnr, eager for a good send-off in his final race for Toro Rosso, had stuck his car in the barrier at the first corner.

But when the Safety Car pulled in Vettel quickly fell prey to a string of cars behind him. They were led by Esteban Ocon, the Force India driver having opportunistically split the Red Bulls at the start.

Finally, Vettel succumbed to the inevitable. He conducted the bare minimum of his media obligations before high-tailing it out of Suzuka without waiting to see if Hamilton was going to inflict maximum damage on his fading championship hopes. “It hurts,” he admitted before leaving.

Despite the early Safety Car, and the added complication of a Virtual Safety Car shortly afterwards to recover Marcus Ericsson’s crashed Sauber, Hamilton edged clear of Verstappen. By lap 20 he was five seconds to the good, protected from any undercutting attempts.

By this stage it was clear that despite the considerably hotter track temperatures – 20C up from Saturday – the majority of drivers were going to stick to one-stop strategies. A degradation-troubled Felipe Massa set the ball rolling by pitting on lap 17, setting himself up for a tough second stint.

Further ahead Kimi Raikkonen, having lost time by tangling with Stoffel Vandoorne and then running wide at Spoon, had been picking off the midfielders with DRS. Once he passed Sergio Perez Force India responded by bringing their leading car in.

Ocon had been defenceless against Ricciardo and Valtteri Bottas in the DRS zone, and an early stop gave him a slim hope of staving off Raikkonen. But a slow tyre change cost him around a second in the pits and more still as it meant he emerged behind Fernando Alonso.

Although Ocon picked off Alonso and, soon after, Jolyon Palmer as well, the delays added up. Raikkonen emerged from his pit stop on lap 28 ahead of the Force India.

The pit stops left most of the drivers in the order they ran in to the flag. But Massa had taken on too much with his early stop and came under pressure from the Haas pair. On lap 42 Kevin Magnussen produced the move of the race, forcing his car between the Williams and the turn two apex to claim eighth. Romain Grosjean followed him by into ninth.

Late drama at the front

After ditching his super-softs for softs Hamilton sustained his lead into the second stint. But Lance Stroll’s departure from the race due to a front-right puncture caused a problem for the race leader.

The VSC was deployed again but immediately afterwards Hamilton found it difficult to warm his worn front tyres. His problems were compounded by the fact he was running in traffic. Verstappen was managing heavy front-left tyre degradation but took 1.4 seconds out of Hamilton’s lead as Alonso waited too long to let him by.

But Verstappen knew his chances of being to pass the Mercedes anywhere around narrow, winding Suzuka were slim. And as the final lap began both had to work their way around Massa, who did just as he had in Russia, separating the leading duo on the final lap. While some mist point to the common engine in Massa and Hamilton’s cars as a reason for Massa’s ‘generosity’, it helped him no end in keeping Alonso behind.

Ricciardo took third as Bottas, running on super-softs at the end, ran out of time to pass him due partly to the disruption of the VSC. Raikkonen was more than 20 seconds further back.

Nico Hulkenberg had run sixth for a while after gambling on a long first stint. But he was forced out by an unusual fault which caused his DRS to jam open. The Force Indias moved up in his place, followed by the Haas pair, the Massa and Alonso.

Hamilton has title in sight

Before the summer break the championship fight had ebbed and flowed between Hamilton and Vettel by small degrees: A few points this way or the other each weekend. Suddenly Hamilton has taken 56 points out of Vettel in three races, and the title could be his at the next round.

Unsurprisingly, Hamilton played down any talk of him having ‘one hand on the title’ after his victory. “There’s not really any need for me to change the approach,” he said.

“I’m not really particularly taking crazy risks in order to be in the position I’m in. I think we’re just going to try and continue to do what we’re doing.” The only concern for Hamilton – and glimmer of hope for Vettel – came as the Mercedes driver reported an engine vibration on the slow-down lap.

Fans don’t want to see championships decided by technical failures. Nor does Liberty Media. Anyone wearing Ferrari red will have despaired at today’s events, no doubt recalling 1998 and 2006.

And even Hamilton himself would probably prefer the satisfaction of beating Vettel in a straight fight. But unless fortune turns against him, a fourth world championship is now Hamilton’s to lose.