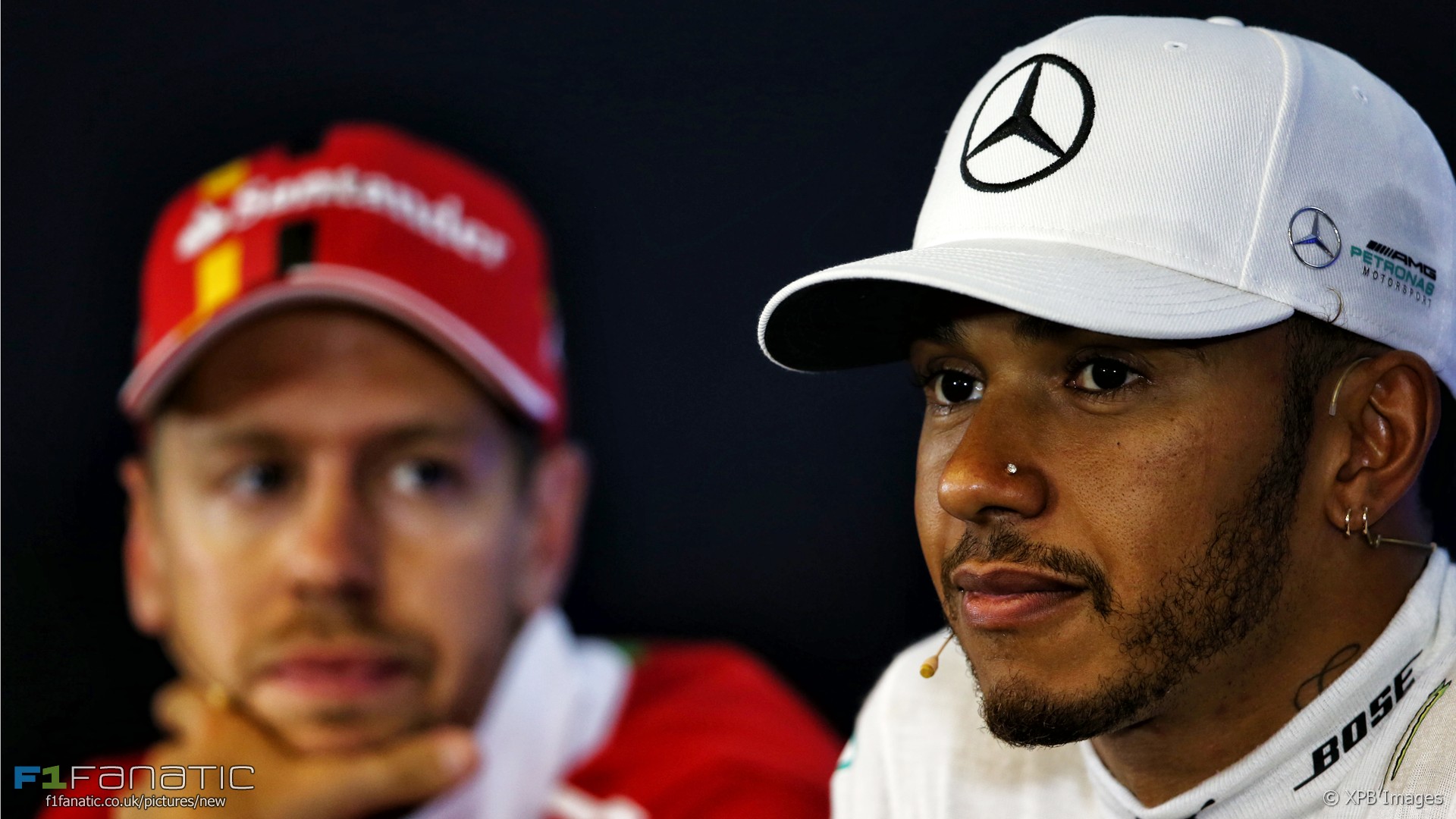 Sebastian Vettel’s championship bid has collapsed in the last three races. Realistically his title hopes are over unless Lewis Hamilton fails to score in two of the remaining four races.

It’s a disappointing development for those who were hoping the fight would got the full 20 rounds. Particularly when the season got off to such a competitive start, with Ferrari finally taking the fight to the long-dominant Mercedes.

It’s an unusual but not unprecedented situation. Championship fights in F1 tend to either go down to the wire or are a case of season-long domination by one driver. But every now and then a championship which begins as a close fight suddenly fizzles out. Such as on these occasions.

Emerson Fittipaldi began the defence of his 1972 title with victories in the season-opening races in Argentina and at home in Brazil. But he faced a renewed threat from Tyrrell’s two-times champion Jackie Stewart and after the first half-dozen races the pair had three wins each.

Then Fittipaldi’s title bid collapsed, largely due to a string of Lotus reliability problems. His gearbox failed at Anderstorp and a constant-velocity joint put him out at Silverstone. During practice at Zandvoort a wheel came off and Fittipaldi crashed heavily, injuring his feet. He dosed up on painkillers for the race but pulled out after two laps. At the Osterreiching he was five laps from victory when a fuel line broke.

Meanwhile Stewart was piling up the points and next time out at Monza he clinched the title. Fittipaldi could have stayed in the hunt had team mate Ronnie Peterson let him by to win, but by then his title hopes were as good as over. Nonetheless a disgruntled Fittipaldi left the team to join McLaren.

Niki Lauda lost the 1976 title to James Hunt after his near-fatal crash at the Nurburgirng Nordschleife and retirement from the final race of the year. But the rivalry between the pair took a beat seat as 1977 began and Lauda found himself up against a trio of other rivals: new Ferrari team mate Carlos Reutemann, Mario Andretti’s improving Lotus and the emerging threat of Jody Scheckter, who sensationally won the season-opening race for newcomers Wolf.

They were among six different winners of the opening eight races. Round nine went to Andretti which left him, Lauda, Scheckter and Reutemann separated by just four points at the head of the table. The title fight was surely going to run until the last race of this longest-ever 17-round calendar.

Then Lauda hit a purple patch: Two wins and three second places over the next five races left him almost un-catchable. Fourth place at Watkins Glen was enough to secure the title. He then let Ferrari know exactly what they thought of the decision to bring Reutemann in by quitting the team with two races to go.

McLaren had dominated the 1984 season with their TAG Porsche-engined MP4-2s, but were thrown a curveball in the off-season when tyre supplied Michelin departed. They joined Ferrari on Goodyear rubber and now had a closer fight on their hands. Alain Prost, who narrowly missed out on the 1984 title to McLaren team mate Niki Lauda, spent the first two-thirds of the season scrapping with Ferrari’s Michele Alboreto.

Victory for Alboreto at the Nurburgring put him five points ahead but Prost drew level by winning the next round at the Osterreichring. Lauda, well out of championship contention due to miserable unreliability, bagged a final win for himself at the next round at Zandvoort. That deprived Prost of three valuable points.

But it didn’t matter, because Alboreto’s season suddenly flatlined. He didn’t score a single point in any of the remaining races, usually because of technical trouble. At Brands Hatch, where Prost took the title, Alboreto coasted into the Ferrari pit with the back of his car ablaze, leaving no one in any doubt how the championship had been lost.

Williams-Honda were so dominant in 1987 that from an early point in the championship it seemed inevitable one of their drivers would be champion. And as Nigel Mansell’s car kept breaking down, the odds increasingly favoured his team mate Nelson Piquet.

Somehow even this unpromising championship fight managed to deliver an anticlimax. During practice at Suzuka, which was holding the Japanese Grand Prix for the first time, Mansell spun into a barrier and injured his back. That put him out of the last two races and handed Piquet the title.

The 1993 championship shouldn’t have been a fight at all. Arguably it only ever looked close thanks to the genius of Ayrton Senna.

Prost had Williams’ dominant FW15C at his disposal and a novice alongside him in the shape of Damon Hill. As Mansell had wrapped up the 1992 title in 11 races many expected Prost would the same just as early if not sooner.

Instead six races into the championship Senna was at the top of the points table in his McLaren-Ford Cosworth. The rain gods had favoured him at Interlagos and Donington Park, the latter witnessing one of his greatest drives, and he added another win in Monaco.

Then summer arrived and dry weather led to a Senna drought. Williams won the next seven races, four of which went to Prost, following which he took an inevitable if somewhat belated fourth championship. The race after that it rained, and Senna won again…

Following the explosive end to the 1994 championship campaign, big things were expected when Hill and Michael Schumacher went up against each other again the next year. Sure enough, the pair won all of the opening five races.

Schumacher began to assert himself at mid-season but Hill’s victory at the Hungaroring kept him in touch. A pair of race-ending collision between the two at Silverstone and Monza meant Hill was still well within range, even if his driving was starting to look a bit desperate.

But within three races it was all over. Schumacher humbled Hill by muscling past him at Estoril, then took a superb win at a damp Nurburgring while the Williams driver crashed out. Another victory at TI Aida sealed Schumacher’s second title.

If ever there was a season of two halves it was this one. Prior to the summer break no one managed to win two races in a row. Sebastian Vettel had a handy championship lead but Kimi Raikkonen, Fernando Alonso, Lewis Hamilton and Nico Rosberg had all won races.

But with new engine regulations set to arrive in 2014 several teams chose to down tools on their current campaign early. Red Bull did not, and Vettel incredibly swept all nine of the remaining races, setting a new consecutive wins record and taking his fourth championship crown.

What it going to take for Vettel to get back into this year’s championship fight? And which title battles in F1 and other series became anticlimaxes?