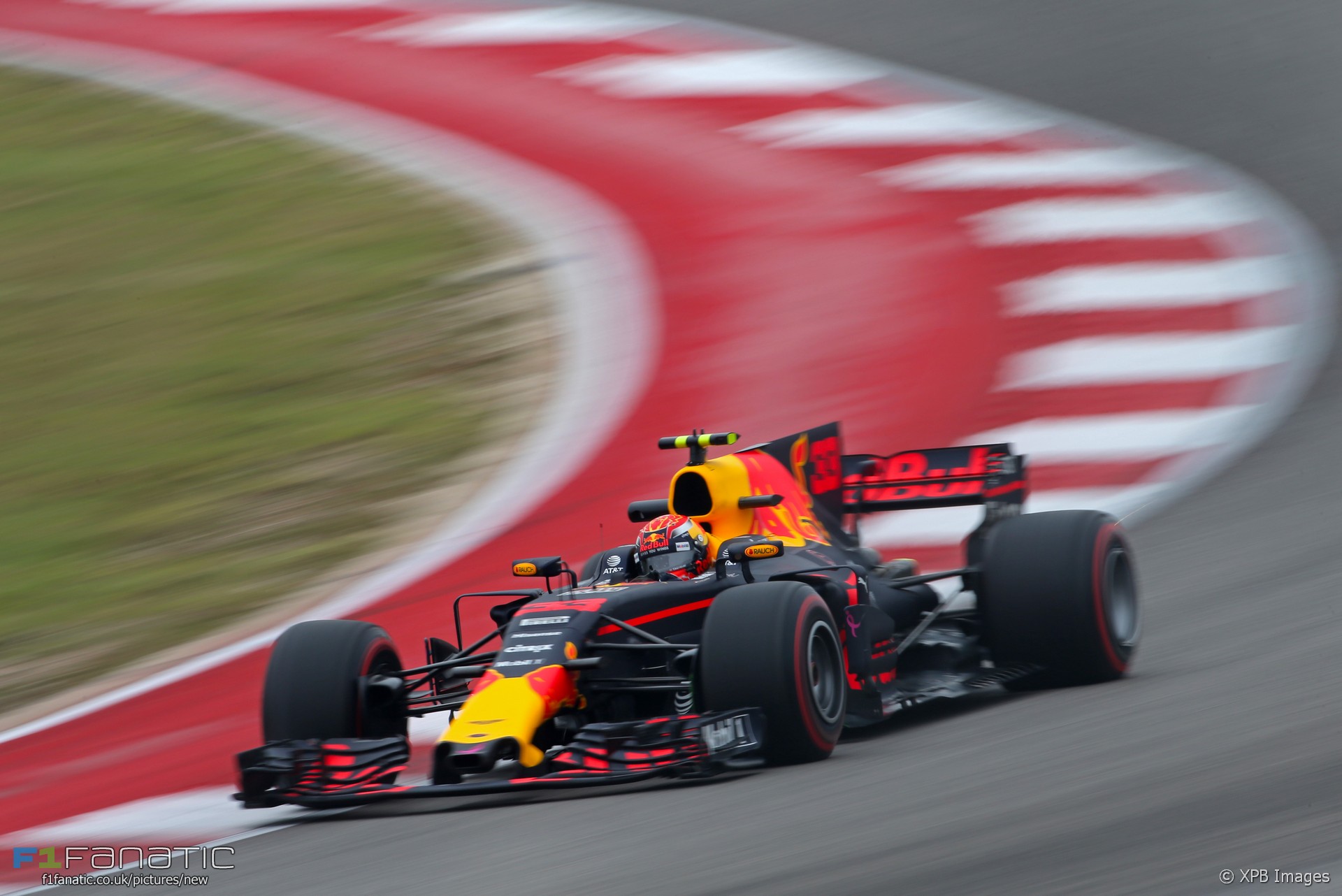 Max Verstappen’s five second-penalty for an overtaking move on the last lap of the United States Grand Prix has proved the most controversial decision from the stewards for several races.

Verstappen’s last-lap pass on Kimi Raikkonen seemed to have earned the Red Bull driver a hard-won trip to the podium after fighting his way forward from 16th on the grid.

However the stewards ruled his turn 17 move was illegal. Verstappen “did leave the track, with all four wheels off the track”, they noted while issuing a five-second time penalty which restored Raikkonen to the podium in his place.

Red Bull reacted to the decision with fury and there has been widespread criticism of the penalty from other racing drivers and motorsport figures on social media. Did the stewards get this call right or wrong?

Verstappen cut a corner, shortened the track and by doing so overtook another car. Surely this should be a black-and-white penalty?

The policing of track limits has been much less strict this year. Drivers have been allowed to run with all four wheels off the track on numerous occasions.

At the Circuit of the Americas drivers repeatedly used the run-off at various points on the track. Probably not many cars were strong enough in turn 17 to use the kerb the way Verstappen did, but if other cars can leave the track elsewhere why shouldn’t he do so there?

Track limits calls like this usually involve drivers cutting across asphalt run-offs through slow corners. It isn’t usually possible for drivers to do the same at quick corners, but a fired-up Verstappen wielding Red Bull’s latest downforce monster found grip at a part of turn 17 few drivers had ventured onto during the weekend.

It was an impressive move and a thrilling culmination to an epic drive. But does that mean the stewards should waive a rule which has been enforced consistently in the past?

This is why I have some sympathy for the stewards. Track design, particularly on relatively new tracks like the Circuit of the Americas, should make it impossible for drivers to gain an advantage in this way.

I think much of the furore surrounding this move has to do with timing. Had it been a few laps earlier Verstappen would have had the opportunity to relinquish the position and have another go at passing Raikkonen. As it all happened in the final seconds of the race, emotions ran high.

It’s an unfortunate decision, but unless we’re going to start letting drivers straight-line chicanes to pass their rivals, it’s one that can’t be avoided until the track limits are enforced by physical obstacles rather than the rule book.

Did the stewards make the right call? Were they consistent with other decisions this year? And what should be done now to ensure track limits are policed fairly?

Cast your vote below and have your say in the comments.

Verstappen's penalty for overtaking Raikkonen with all four wheels off the track was:

217 comments on “Were the stewards right to penalise Verstappen?”