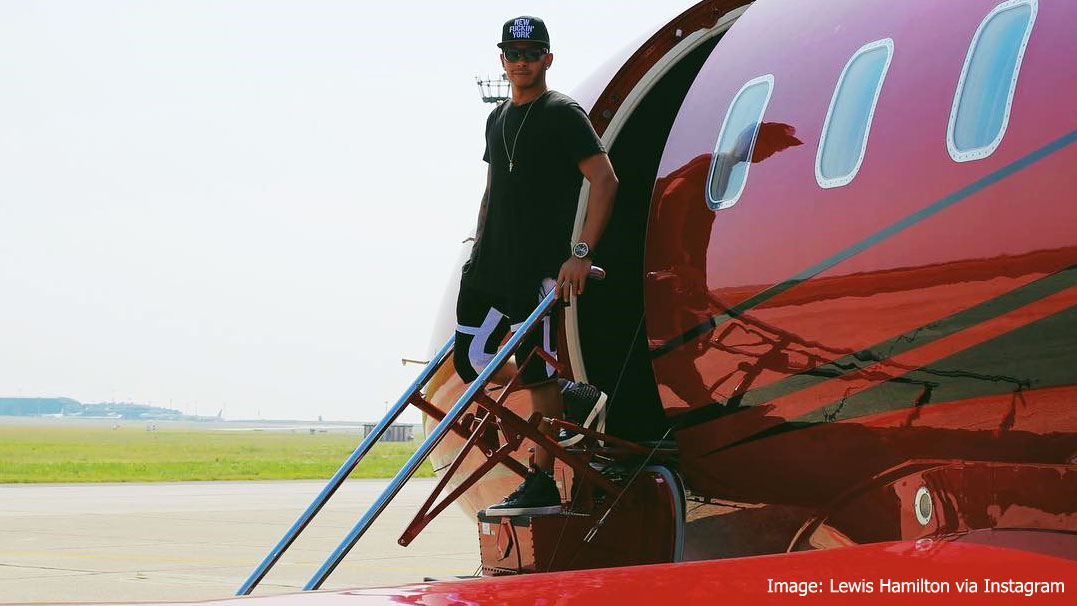 Lewis Hamilton has been accused of avoiding a £3.27 million tax bill for his private jet in a huge leak of information known as the Paradise Papers.

The four-times world champion is among those named in the 13.4 million files from two offshore service companies. The documents reveal how several of the world’s richest people use tax havens to shelter their wealth.

Hamilton allegedly used a series of companies known as Stealth Aviation Limited, Stealth Limited and BRV to avoid paying €3.7 million (£3.27 million) in value added tax (VAT) on his Bombardier CL605 Challenger jet, which he has used since 2013.

This is not the first time his tax arrangements have come into question. Hamilton left the UK early in his Formula One career and has since lived in the tax havens of Switzerland and Monaco.

The 32-year-old was named as the richest sportsperson in the UK according to the Sunday Times Rich List this year, which estimated his wealth as being £131 million.

Hamilton has defended his tax arrangements before, telling the same newspaper “people don’t realise I pay tax here, but I don’t earn all my money here.”

“I race in 19 different countries, so I earn my money in 20 different places and I pay tax in several different places, and I pay a lot here as well. I am contributing to the country and, not only that, I help keep a team of more than 1,000 people employed. I am part of a much bigger picture.”

Hamilton’s team Mercedes has been approached for a comment.