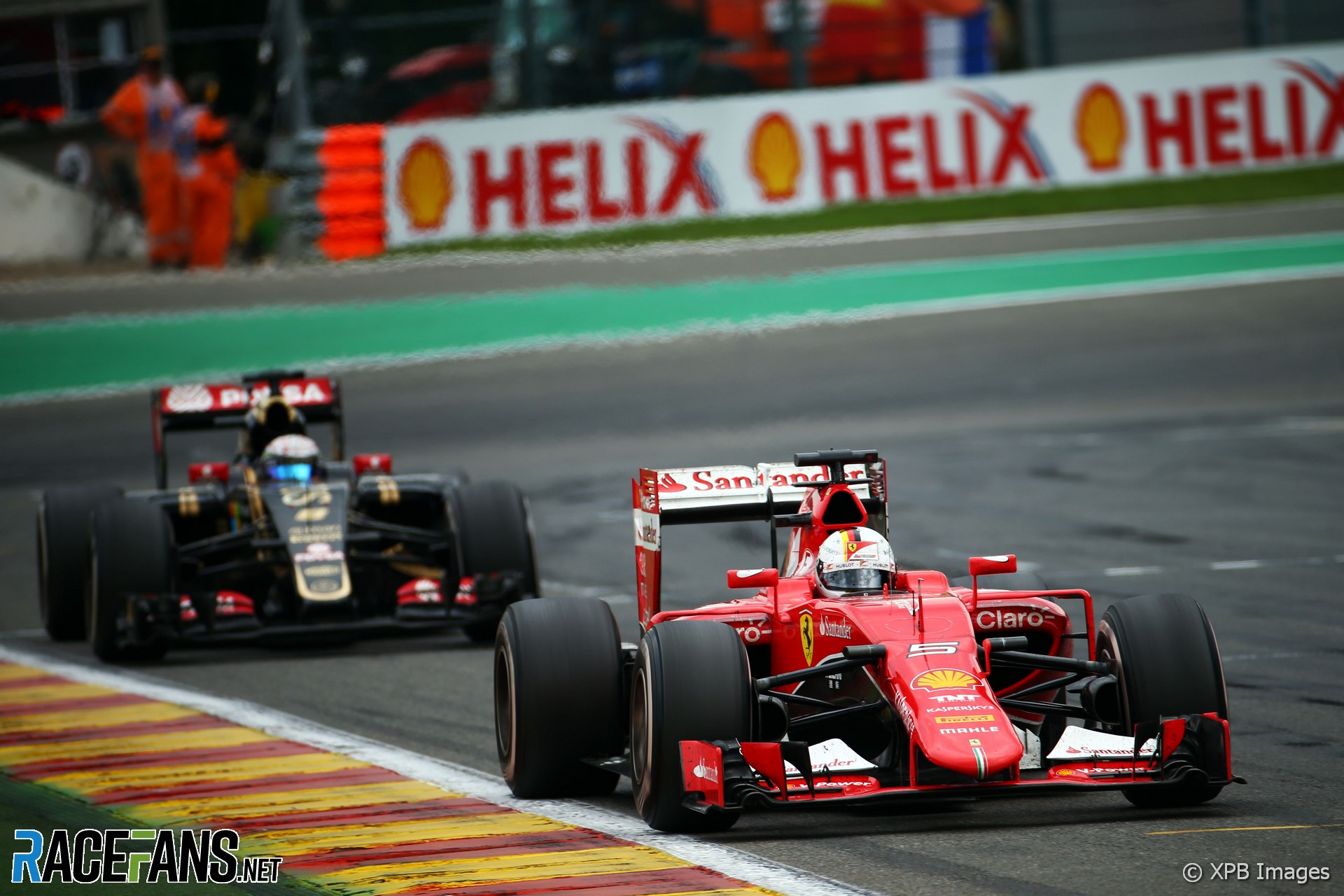 A former F1 team boss has revealed how a secret Mercedes engine performance mode, which it was only allowed to use once, helped his team to a rare podium finish.

Matthew Carter, who was CEO of Lotus during its final season of F1 in 2015, described how Mercedes permitted his team to use the engine setting to beat Sebastian Vettel’s Ferrari during the 2015 Belgian Grand Prix.

Mercedes drivers Lewis Hamilton and Nico Rosberg led the race ahead of Vettel, who was trying to complete the race on a single pit stop. In the closing stages of the race he was being caught by Grosjean’s Lotus-Mercedes.

“[Mercedes] didn’t want Sebastian Vettel particularly to get a podium in Spa,” Carter told Missed Apex, “and they could see that Romain, on newer tyres, was catching.”

“So they gave him a different engine mode to go into.”

The car’s sudden gain in performance can be seen in the lap times from the race. Between laps 25 and 30 Grosjean’s average lap time was 1’55.6. Over the next eight laps it fell to 1’54.8, a gain of eight-tenths of a second. He set his fastest lap of the race on lap 37 which brought him within striking distance:

On lap 39 a radio message to Grosjean was broadcast in which he was told “strat seven, have a go at Vettel”. A lap later he was half a second behind the Ferrari.

Vettel was on the same compound of tyres as Grosjean but had been running them for seven laps longer. On lap 42 Vettel’s right-rear tyre failed, allowing Grosjean through to take Lotus’s only podium finish of the season.

Grosjean told Carter the increase in performance transformed the handling of his car. “Romain came in at the end of that race and said the car had never driven the way it had in the last laps of the race,” said the former Lotus boss.

“It makes sense. The minute your car is going faster your aero is working better, your tyres are better, you don’t have to brake as late. Every part of the car works better because he was in this mode.”

“Mercedes never told us what it was. They told us there was no difference whatsoever. Romain was saying to me ‘no way, that car drove differently’.”

Although Lotus were occasionally allowed to use Mercedes’ well-known qualifying performance mode Carter said they were never allowed to access the mystery race setting again.

“We never saw it again.”