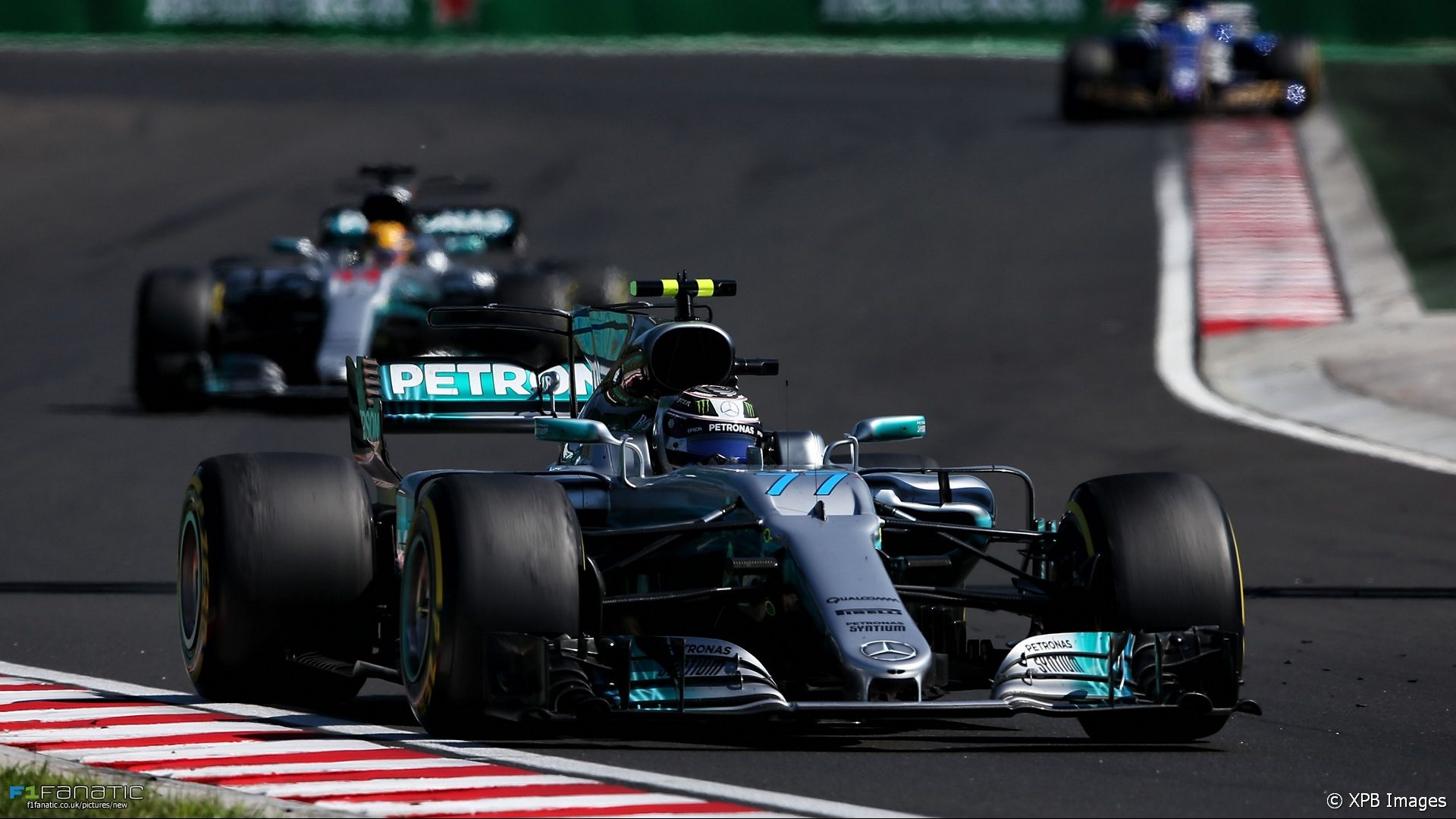 After a strong start to life as a Mercedes driver it got much tougher for Valtteri Bottas in the second half of 2017.

He kept Lewis Hamilton honest over the opening 11 races of the season and was enough of a threat in the championship that even going into the summer break Mercedes weren’t prepared to sacrifice his title hopes.

This was why Hamilton was required to let him through for third place in Hungary, having been waved past his team mate earlier in the race. Out of the ten two-car finishes Mercedes had up to that point, that put Bottas and Hamilton level five-all in terms of which driver had finished ahead.

That all changed once the summer break was over. Hamilton clicked with the capricious W08 and reeled off a hat-trick of wins which put him on course for a fourth world championship title.

Bottas was off his game. Having averaged five-hundredths of a second off Hamilton in qualifying over the opening 11 races, he was five-tenths off over the next four dry qualifying sessions.

By the end of the year it had seemed Bottas had turned a corner. But it’s hard to tell whether this was truly so, or just a case of Hamilton coasting after he’d won the championship, much as he did in 2015.

Given his short-notice arrival at Mercedes, Bottas delivered a strong first year in silver. But his contract extension was announced before his late-season slump began, and he will need to get back to his early-2017 form next year to prove he deserves a long-term future at a front-running team.

Hamilton vs Bottas: The scores