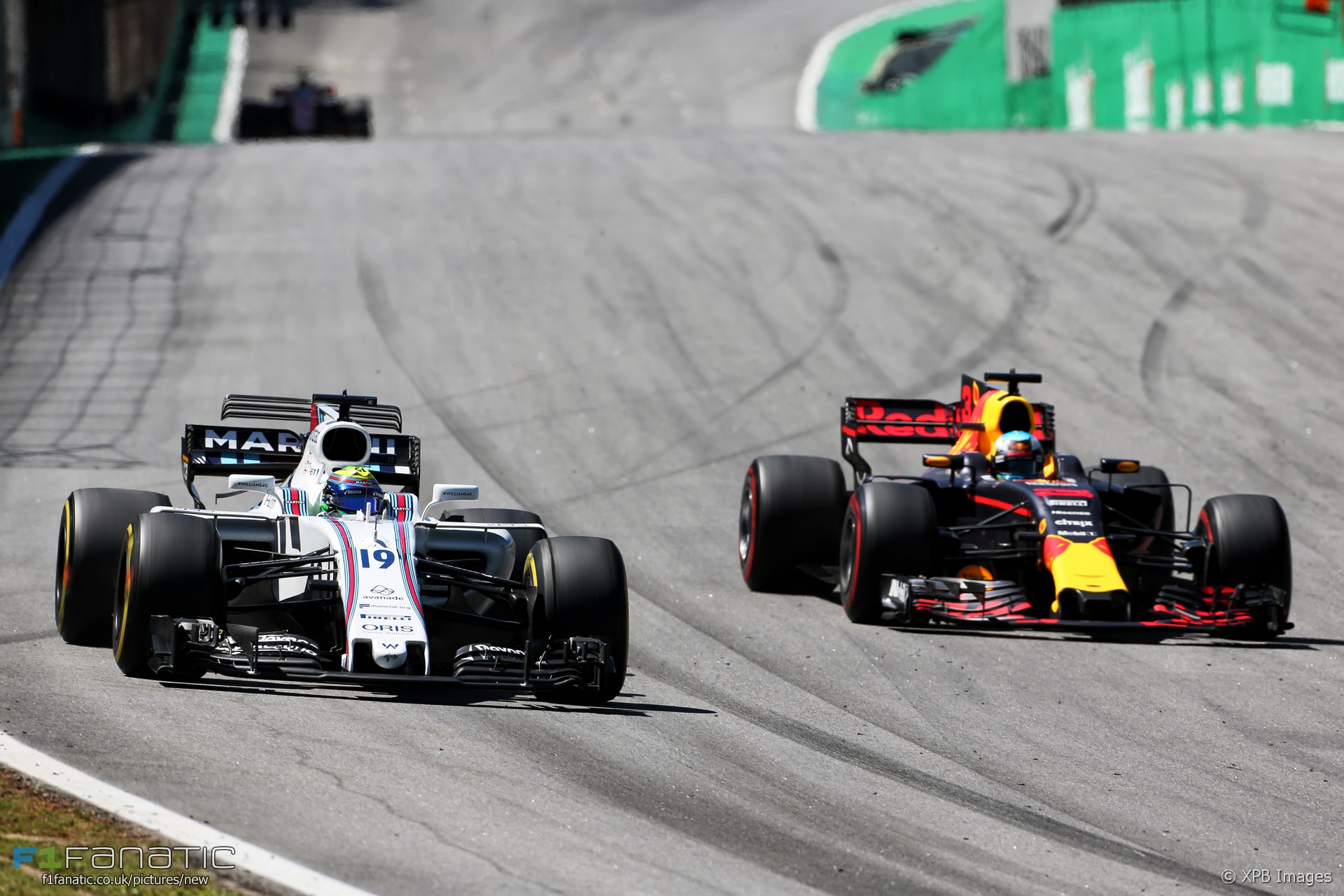 Overtaking moves fell by 47% during races in 2017 according to data published by Pirelli.

Formula One’s official tyre supplier recorded the lowest average number of passes per race since it returned into the sport in 2011.

Overtaking was widely expected to be more difficult in 2017 because of the changes to the technical rules which resulted in cars producing more downforce. Pirelli also created a more durable range of tyres this season, but says its 2018 rubber will be less “conservative”.

The most overtaking moves in a race this season was recording in Azerbaijan, which saw 42 passes. However Pirelli only recorded a single on-track overtake during the Russian Grand Prix. There were 31 passes during the rain-affected Chinese Grand Prix.

Red Bull made the most passes of any team with 65. They were also the least-overtaken team, along with Ferrari, as each was only passed 11 times.

Pirelli defined an overtaking move as “one that takes place during complete flying laps (so not on the opening lap) and is then maintained all the way to the lap’s finish line” and did not include position changes due to major mechanical problems, lapping and un-lapping.