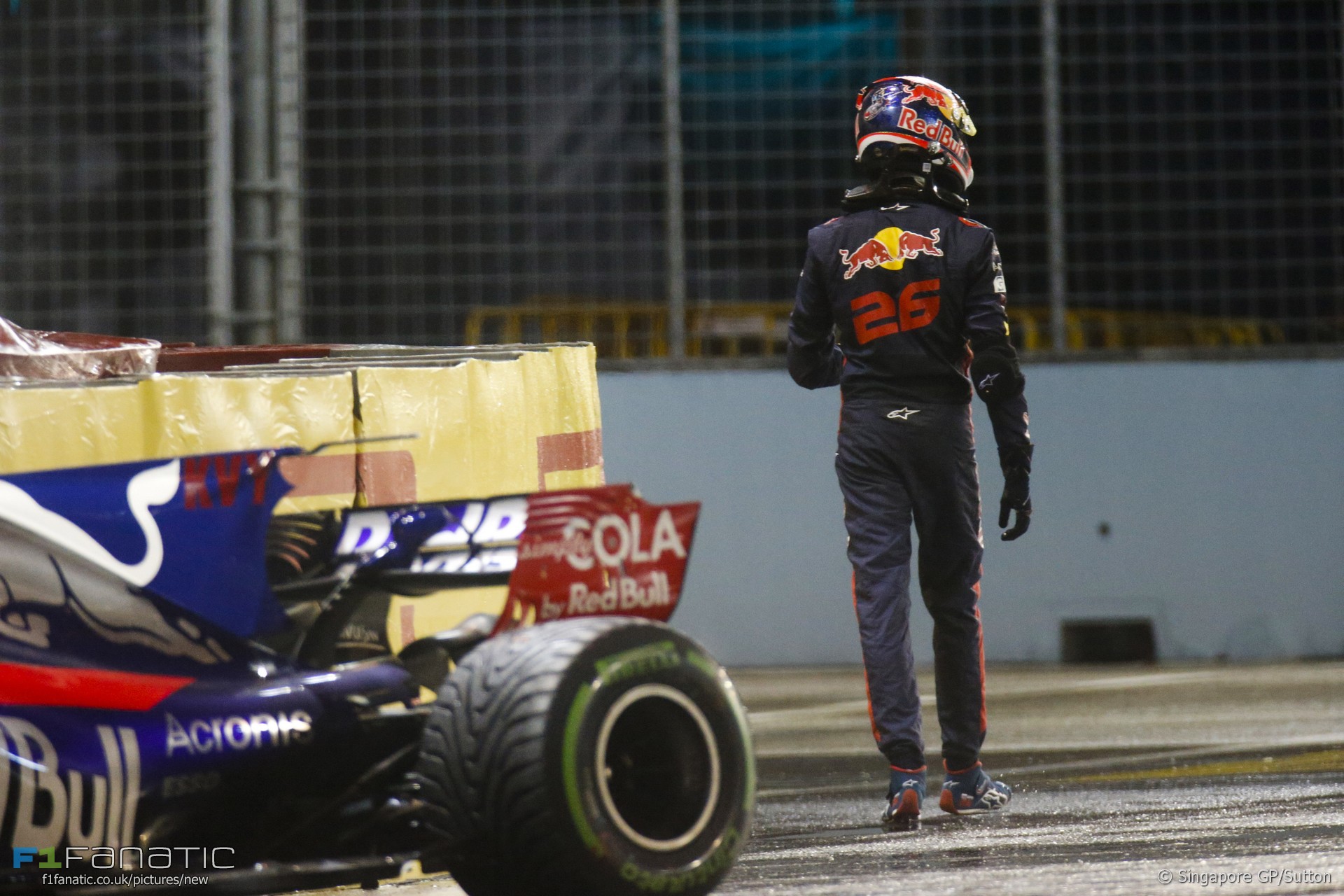 Daniil Kvyat joins Jolyon Palmer, the other driver who lost his seat, at the foot of this year’s driver rankings. Did they really have comparably bad seasons?

After all, Kvyat’s qualifying performances were decent. He was practically on a par with Carlos Sainz Jnr, who edged him 8-6 in qualifying when they were team mates and was quicker by a negligible 0.03 seconds.

But one-lap pace is only one part of the picture. In other respects, Kvyat had another deeply flawed season.

He converted those qualifying performances into points scores far too infrequently. By the time they went their separate ways Sainz had out-scored him 48-4. Only at Monza did Kvyat lead Sainz home on merit, and by that point in the season Toro Rosso had probably already made the decision to drop him.

He did one more race, in Singapore, where he crashed out and Sainz came home fourth. Had it not been for Pierre Gasly’s clashing Super Formula commitment in Austin that would have been it for Kvyat. (As it was, he snagged a final point on his one-off return.)

In mitigation Kvyat can point to the usual Toro Rosso technical problems which stymied him at times. There were also occasions when he got the raw end of life in the midfield. Notably in Monaco where he was hit by Sergio Perez.

However Kvyat cost himself plenty more points by being unable to stay out of trouble. Procedural errors likes the one he made in Canada, which received a substantial penalty, are one thing. But his first-lap crashes in Austria and Britain reflected a failure to learn from the high-profile error which marked the end of his time as a Red Bull driver last year. On both occasions this year he took out Red Bull’s drivers: Max Verstappen in the team’s home race Austria, Sainz at Silverstone.

Small wonder Red Bull decided Kvyat had been given enough chances to prove he could sustain his performance for more than a single lap at a time.

It really seemed at times this year that Kvyat had regained the form he had seemed to lose in 2016, but overall it has been much the same as last year. A reckless couple of races mid-season, including wiping out his teammates was the low and a crash in Singapore sealed his exit.
@Lolzerbob

What’s your verdict on Daniil Kvyat’s 2017 season? Which drivers do you feel he performed better or worse than him? Have your say in the comments.