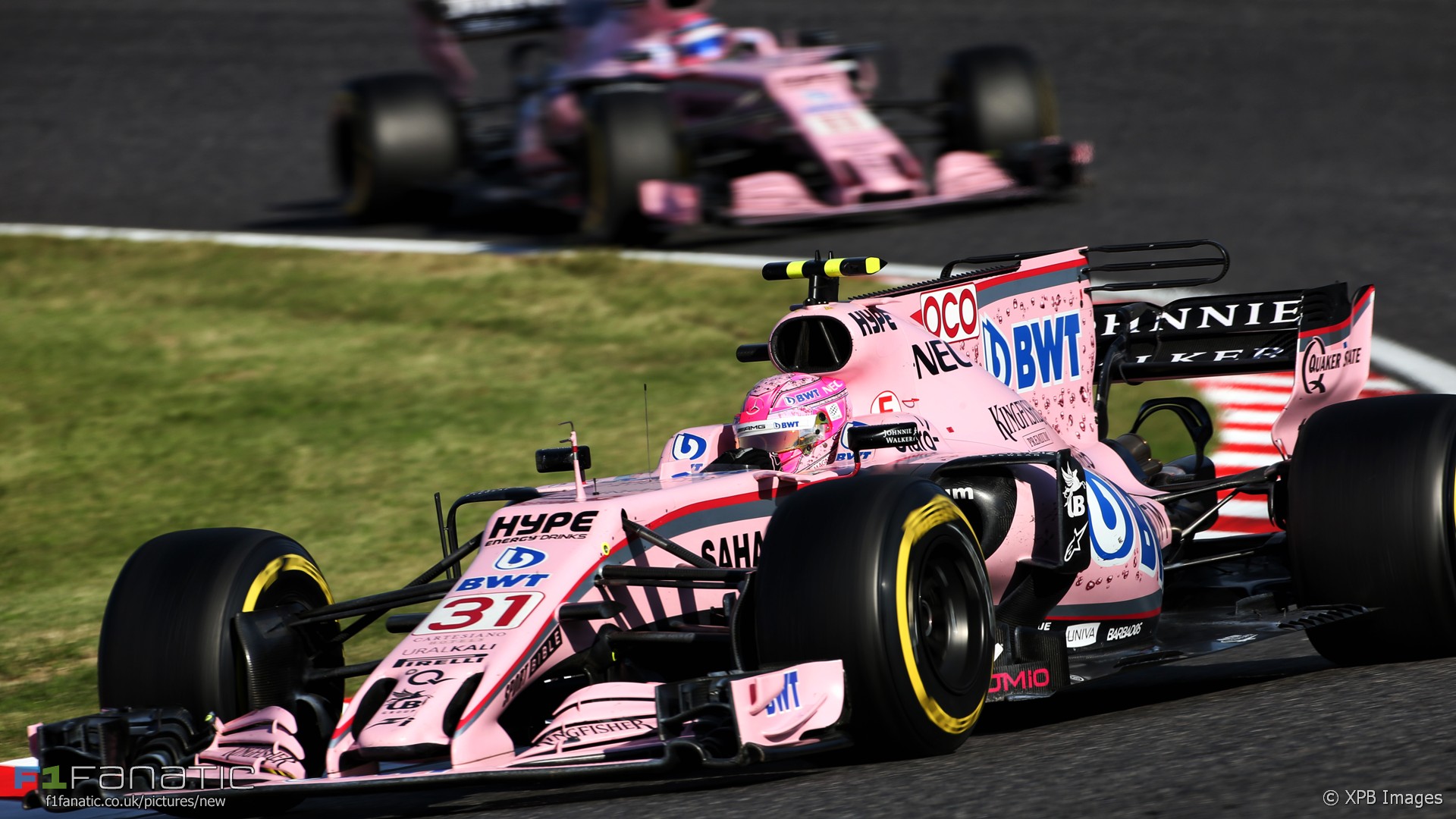 Force India’s second consecutive fourth place in the constructor’s championship underlines the progress the small customer team from Silverstone has made.

Double points finishes in nine of the first 11 races gave the team their best ever start to a season. They went on to score in all but one of the 20 rounds.

After reaching a new high of fourth in 2016, there were many reasons to expect they would face a more challenging season. Midfield ace Nico Hulkenberg had left for Renault, to be replaced by inexperienced Esteban Ocon. A shake-up in the aerodynamic rules played into the hands of wealthier teams. And co-owner Vijay Mallya’s legal problems continued to mount.

But the team produced another great all-rounder of a chassis which, allied to a class-leading power unit, gave their drivers plenty to work with. Sergio Perez continued to demonstrate he deserves another shot in a race-winning car, even if he and Ocon clashed more than once too often.

Thanks to new sponsorship from BWT the pink-hued cars were easy to spot as they frequently worked their way to the head of the midfield. They consistently proved to be ‘best of the rest’ behind the top three teams of Mercedes, Ferrari and Red Bull by finishing in that position eight times, honours split evenly between their drivers. At mid-season they were even within touching distance of Red Bull in third but those on-track squabbles meant though their final points tally was impressive it might have been even higher.

Ocon’s improving pace brought him into conflict with Perez. The team equivocated over imposing team orders in Canada, reluctant to force the issue with Perez, and after that the pair fought each other as if the drivers’ title was at stake whenever they crossed paths on track. Run-ins at Baku, the Hungaroring and Spa – the latter prompting Ocon to accuse Perez of “trying to kill me” – eventually forced the team to forbid them from racing each other.

Perez admitted to being surprised as to Ocon’s pace. “I did not think he would have such results in his first year,” he said. “Even with a difficult car, Esteban still manages to go fast. That’s one of his strengths and I have to learn from that.” Nonetheless Perez ended the season 13 points ahead of his team mate.

Luckily for the team they were never seriously threatened by Williams in the constructors’ table. Perez has matured into a regular points-scorer and Ocon’s reputation for consistency predates his arrival in F1: This is a driver who won the GP3 title by finishing second in nine consecutive races.

Some of the questions which Force India faced going into this season will apply again next year. While F1’s new owners want it to be possible for independent teams like this to be more competitive, it will be a few years before the rules can be revised to help level the playing field.

By then Force India could have a new name. Mallya, who is currently fighting extradition back to his homeland, seems bent on taking the ‘India’ out of Force India. But he would be wise to avoid making deeper changes at what is arguably F1’s best value-for-money outfit.