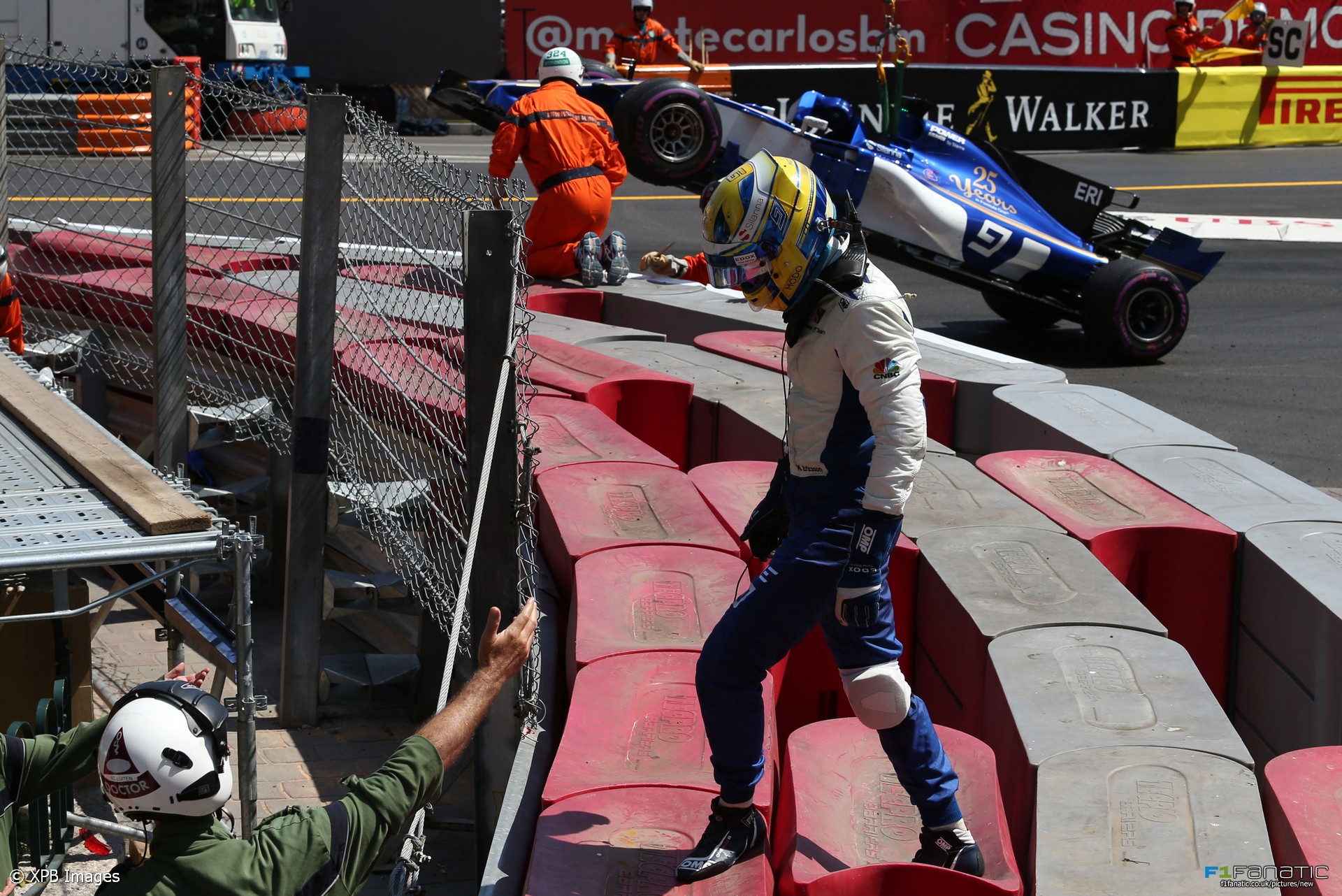 The 2017 season was a miserable one for the Sauber drivers. Lumbered with a year-old Ferrari engine, Marcus Ericsson and Pascal Wehrlein were seldom in the hunt for points.

For the second year in a row Ericsson ended the year with a zero next to his name. Yet again he, rather than his points-scoring team mate, is the one who has been retained in the team’s driver line-up.

Of course this is more a case of financial expedience than a vote of confidence in Ericsson’s ability and potential. But with better luck he might have collected points on a couple of occasions.

In Azerbaijan, with ten laps to go he was running tenth ahead of Wehrlein. But Ericsson was being slowed by floor damage and with Stoffel Vandoorne’s McLaren drawing closer the team decided to protect a rare points finish by telling Ericsson to let Wehrlein through.

In Mexico he ran eight before his pit stop but lost a place to Vandoorne, who was able to pit later during a Virtual Safety Car period. That would have cost him a points finish even if he hadn’t later suffered a power unit problem.

Ericsson fared better against Wehrlein than many probably expected. The qualifying score line would have been more one-sided had it not been for Wehrlein’s late-season handling problems, but even so Ericsson showed clear progress in terms of one-lap pace over the season. He also tended to get off the line better than his team mate. Ericsson blamed a weight disparity between the pair which meant he couldn’t position the ballast in his car as effectively as his team mate.

But Wehrlein usually had the beating of his team mate in the races. Among the few occasions Ericsson led him home was Brazil, when Wehrlein had tried another of Sauber’s ambitious pit stop strategies which didn’t work out. In Austria Wehrlein started from the pits and still beat his team mate.

A touch of over-driving compromised Ericsson’s season too. He crashed out in Japan and collided with Kevin Magnussen at Austin.

It was a close decision whether to rank him ahead of Lance Stroll, who fared much less well against a better-rated team mate. However Stroll made fewer serious errors than Ericsson – it wasn’t the Williams driver who binned his car during a Safety Car period in Monaco.

Finished ahead of Wehrlein far more than many would have expected, but unfortunately this seems to have lowered Wehrlein’s stock, rather than raised Ericsson’s. It’s difficult to judge either Sauber as they’ve languished at the back, but Ericsson certainly hasn’t been terrible and has compared well to his team-mate.
@Ben-n

What’s your verdict on Marcus Ericsson’s 2017 season? Which drivers do you feel he performed better or worse than him? Have your say in the comments.