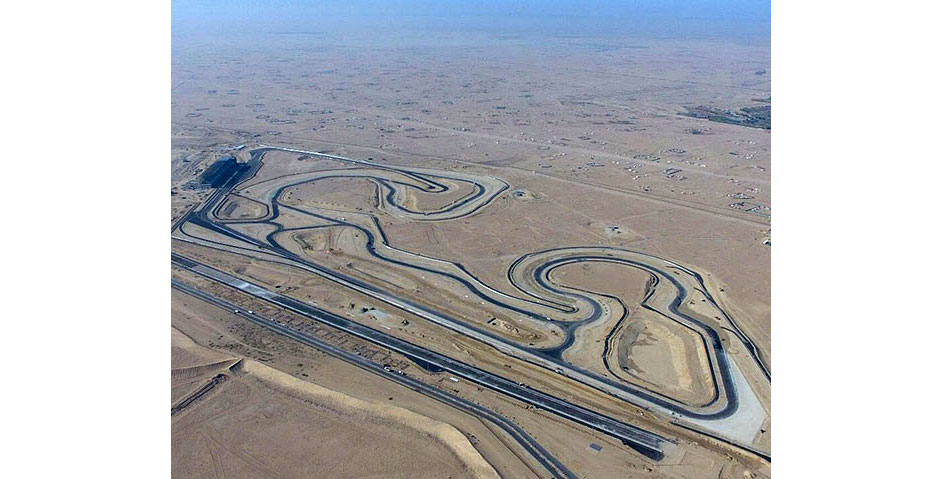 New photographs of the Formula One-specification Kuwait Motor Town circuit show the progress being made on the development.

The FIA grade one specification track is designed by Hermann Tilke. It is being built by KCC Engineering and Contracting Company at a reported cost of £120 million ($162m). It does not have a contract in place to hold a round of the world championship, but grade one status would allow F1 cars to race at the venue.

The anti-clockwise circuit measures 5.609 kilometres and features 20 corners. The pit lane exit joins the track after the fast turn one kink which leads onto the longest straight. Notable features include the four-part sequence of corners from turns 12 to 15, which recalls Tilke’s celebrated design for turn eight at Istanbul Park.

The track is being built 40 kilometres south of Kuwait City, the capital of the Middle Eastern country which has a population of four million.

The full development is also designed to accommodate motorbike racing including Moto GP. It will also include karting, motocross, rallycross, supercross and all-terrain vehicle circuits.

Formula One Management is intent on expanding the roster of grands prix beyond the record 21 on the 2018 F1 calendar. There are little more than a dozen grade one facilities ready to hold new races at short notice although one of these, Paul Ricard, has been added to the next year’s schedule.