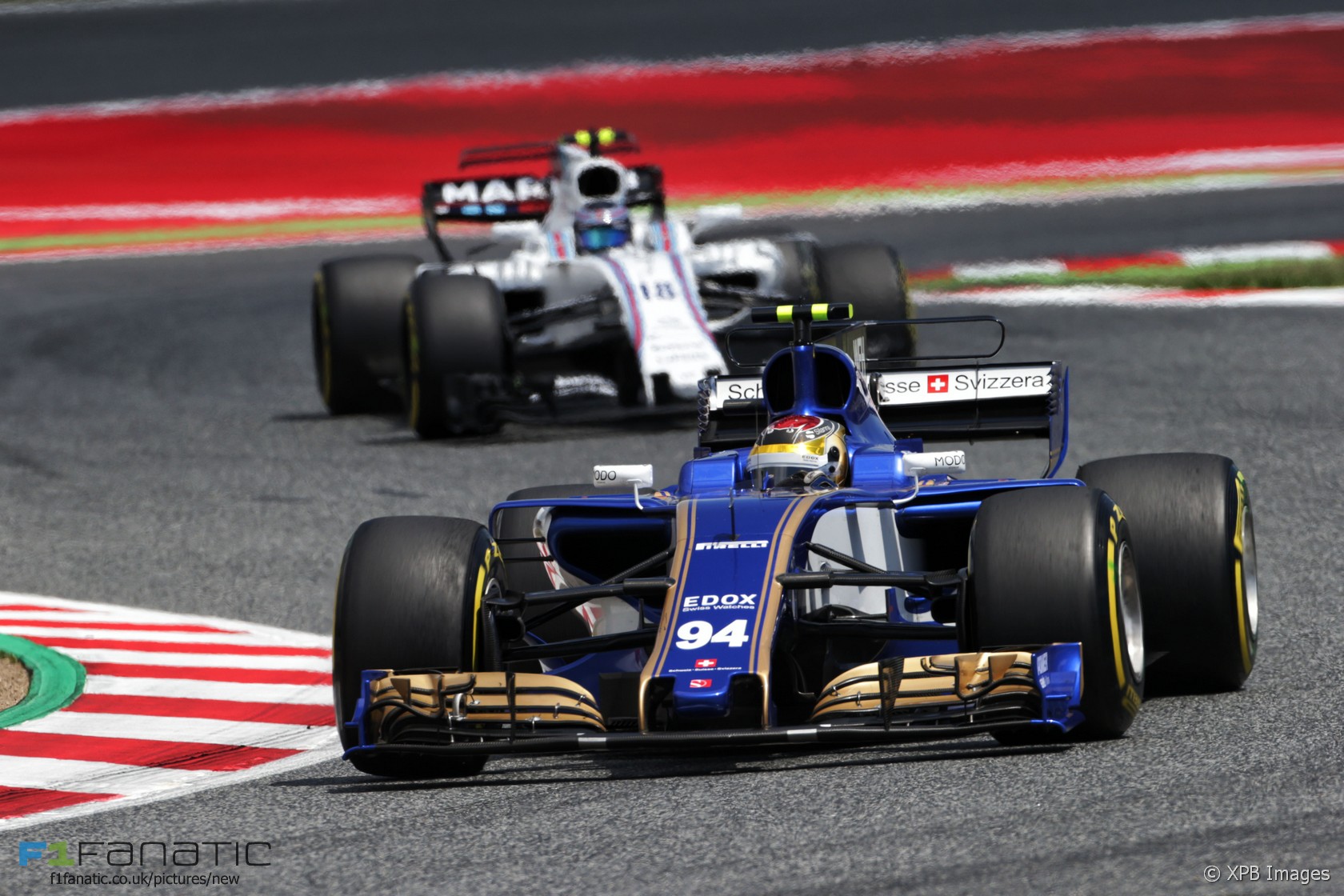 The off-season did not go well for Pascal Wehrlein. The Mercedes junior driver wasn’t considered start to the season was badly disrupted by his crash at the Race of Champions which left him with an injured neck.

He missed the first test for Sauber’s new C36 and although he was able to join in later, he stood down after Friday practice in Australia as he was still in pain. He spent the first two races on the sidelines.

This was a double blow as the early races were Sauber’s best chances to score points with its reliable but underpowered 2016-specification engine. The other teams made rapid progress while Sauber increasingly adopted radical pit stop strategies in the hope of getting among the points-scorers.

When Wehrlein returned in Bahrain he immediately dispelled any injury doubts with his performance. He qualified half a second faster than Marcus Ericsson, though this proved the high watermark for his season.

At round five in Spain, where engine power mattered less and Sauber was able to stretch its tyre stints, Wehrlein capitalised brilliantly with eighth place. The only mark against him was a five-second time penalty for cutting the pit lane entry which cost him seventh.

Attempts to repeat these aggressive strategies largely failed to pay off, as in Britain and Brazil. Although he was usually a safer pair of hands than Ericsson, Wehrlein’s crash in Canada cost him the opportunity to run Sauber’s new aerodynamic package that weekend.

Wehrlein was emphatically faster than Ericsson in Austria, where he finished ahead after starting from the pits, and Malaysia. If there was one area of his game where Ericsson had him consistently beaten it was starts: Wehrlein’s getaways tended to be more conservative, losing him more positions.

When team principal Monisha Kaltenborn was abruptly ejected from the team Wehrlein didn’t hesitate to express his gratitude for the support she had given him during his period of injury. Meanwhile the team was swift to reject claims Wehrlein’s team mate was receiving preferential treatment due to his connection to the team’s owners.

Nonetheless at the end of the season it was Wehrlein he lost his place while his point-less team mate was retained. No doubt Wehrlein could have beaten Ericsson more conclusively, but even so this was a tough verdict on a season where he was clearly the better of the two drivers.

Had a couple of good races, with the points scoring race in Spain as a standout. I expected him to outperform Ericsson significantly but that was not to be – probably without a seat next year in F1, but do believe we have not seen the last of Wehrlein as he is definitely talented.
@Zjeer

What’s your verdict on Pascal Wehrlein’s 2017 season? Which drivers do you feel he performed better or worse than him? Have your say in the comments.