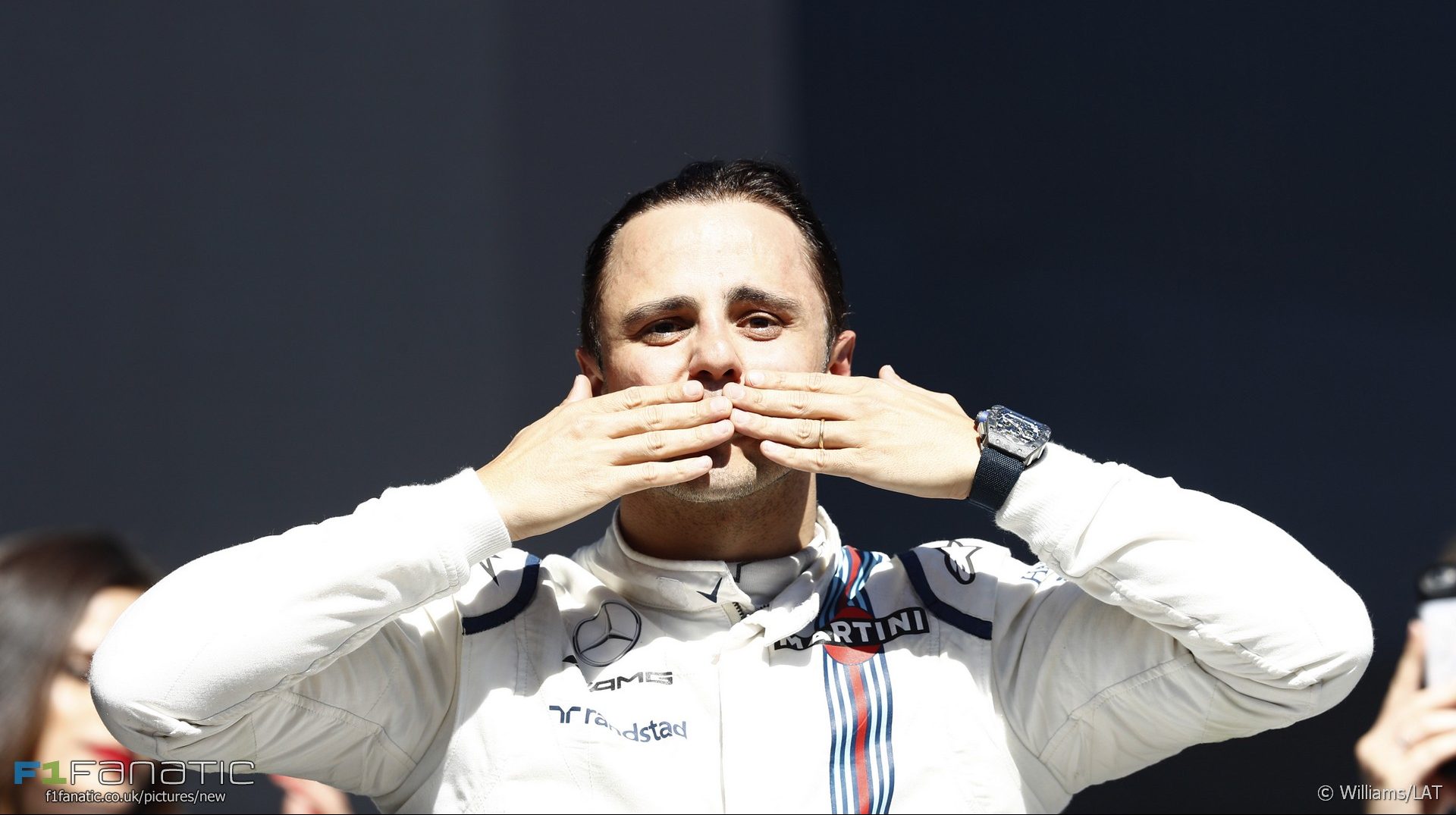 Abandoning his plans to retire and coming back for one last season initially looked like being a smart move for Felipe Massa.

In Australia he was the first driver home who wasn’t in a Mercedes, Ferrari or Red Bull. That was as good as he could hope for in a Williams with a customer Mercedes engine.

At the next race in China he struggled to make his tyres work in the damp conditions, but in Bahrain he was again ‘best of the rest’. Massa and Williams had hit the ground running.

From there on the season started to get away from him. There were occasional collisions with other rivals, such as in Canada where he was eliminated by an out-of-control Carlos Sainz Jnr. And in Azerbaijan a cruelly-timed suspension failure ended his best chance yet to end his nine-year win-less streak. What a story that could have been.

Having been a regular in Q3 during the first half of the year, Massa’s form dipped around mid-season. Missing Hungary due to illness didn’t help. However his increasingly frequent Q2 eliminations brought an upside: they allowed him to start on fresh tyres more often, which helped him continue to pick up low points finishes.

Some of the usual Massa weaknesses were still in evidence. His contact with Max Verstappen at Monza and the Force Indias in Malaysia was unnecessary and he was fortunate not to incur worse damage in both clashes. He continued to look sub-par in wet conditions. One of Lance Stroll’s few qualifying victories came in the rain at Monza, and Massa was all over the place with his tyre choices in Singapore.

With the end of his career in sight Massa suddenly upped his game, starting all of the final five races in the top 10 and finishing most of them there too. These included a stand-out drive to seventh in Brazil, picking off Fernando Alonso then resisting race-long pressure from a quicker car.

Solid drives like this were the best Massa had to offer in his final full season. The FW40 looked capable of more and the fact Williams have dropped him indicates they are convinced they can do better event if they aren’t sure who to replace him with.

In the last races of 2016, Massa acted as a retired driver: his performances were so low that we were afraid about his level in 2017.

But Massa came back strong, performed as a team leader and ultimately helped Williams finish fifth. In mid-year Stroll started to catch him in race pace, but his announcement of “actual” retirement gave him the boost to perform his last great race in Brazil. Good luck wherever you go, Felipe.
@Diezcilindros

What’s your verdict on Felipe Massa’s 2017 season? Which drivers do you feel he performed better or worse than him? Have your say in the comments.