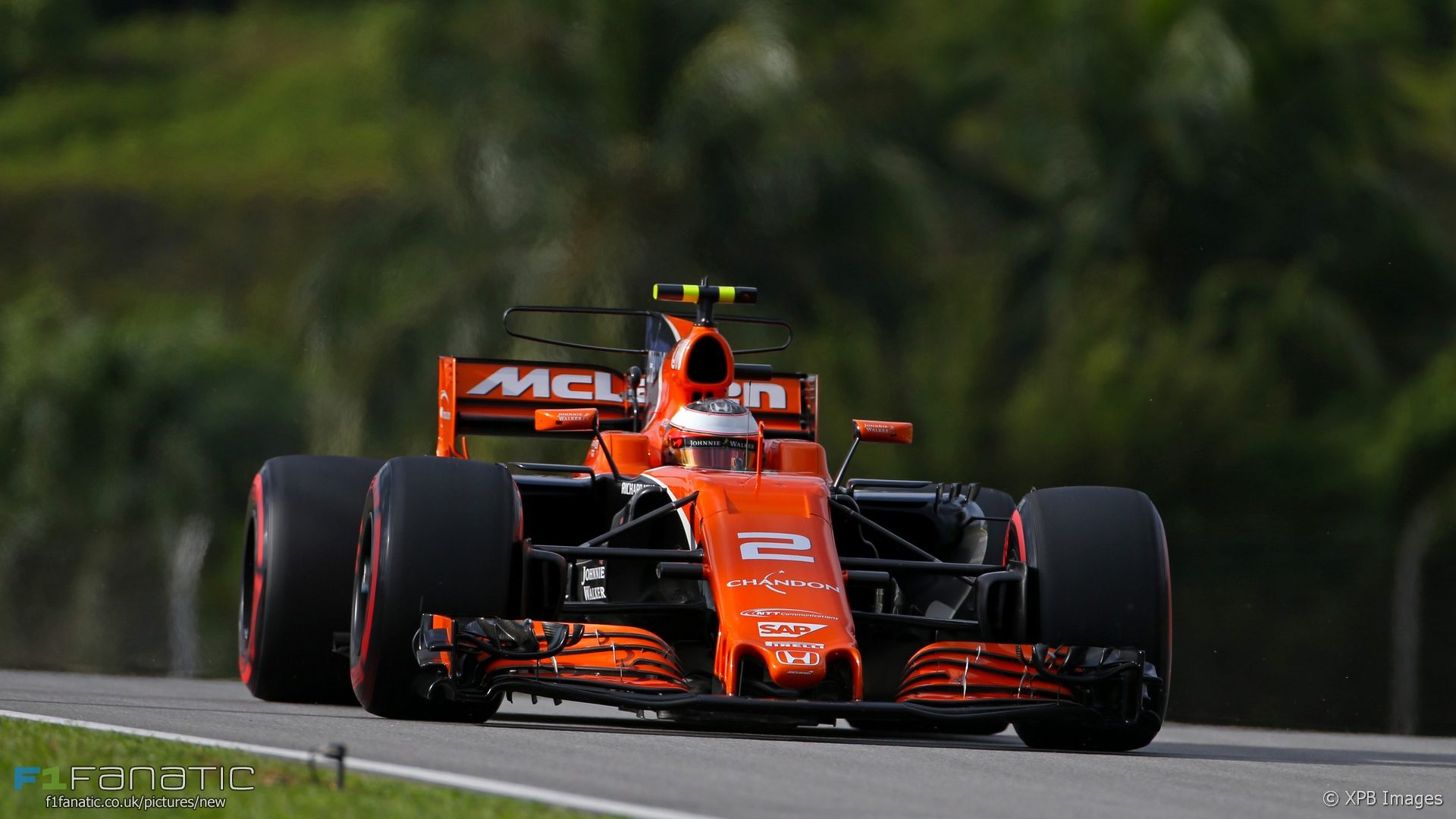 Rare were the occasions when Stoffel Vandoorne had an opportunity to show what he could do in his first full season of Formula One. The poor performance and reliability of his McLaren’s Honda engine saw to that.

Making matters worse, he was up against one of the best in the business. It’s hard to shine when you’re taking on Fernando Alonso every weekend.

By that measure, Vandoorne’s qualifying record is not is poor as the scoreline makes it look. An average deficit of just over two tenths of a second per lap to a two-times world champion who’s in his 15th season is very respectable. What’s more, Vandoorne’s one-lap pace visibly improved over the season – exactly what you’d expect from a driver at this stage in their career.

The McLaren-Honda MCL32 was far from a great machine in which to hone his skills. Too often Vandoorne’s efforts were wrecked by power unit problems. He failed even to start in Bahrain and posted a string of retirements elsewhere.

Occasionally Vandoorne added to the mountain of problems the team faced. He had a ragged weekend in Spain which ended after a bizarre crash with Felipe Massa. And in Monaco, a rare opportunity for the team to grab some points, he binned his car twice.

But the signs of progress were there as the year went. At Singapore, following the first-lap crash which wrecked his team mate’s race, he salvaged a vital seventh for McLaren. Even more impressively he repeated the result at the next round in Malaysia, a track much more punishing of the McLaren’s weaknesses. The highlight was his opportunistic overtaking move as he left the pits, pouncing on the Williams pair as they squabbled for position.

It was a quietly impressive season he should be satisfied with. But it’s a standard he will have to build on in 2018, particularly as much better results should be on offer for McLaren then.

Decent enough rookie season from a very good driver. Kept Alonso honest. Still reckon he has a good enough level to be a future world champion. But needs a better functioning car: expect him to get close to Alonso next season.
@Hahostolze

What’s your verdict on Stoffel Vandoorne’s 2017 season? Which drivers do you feel he performed better or worse than him? Have your say in the comments.