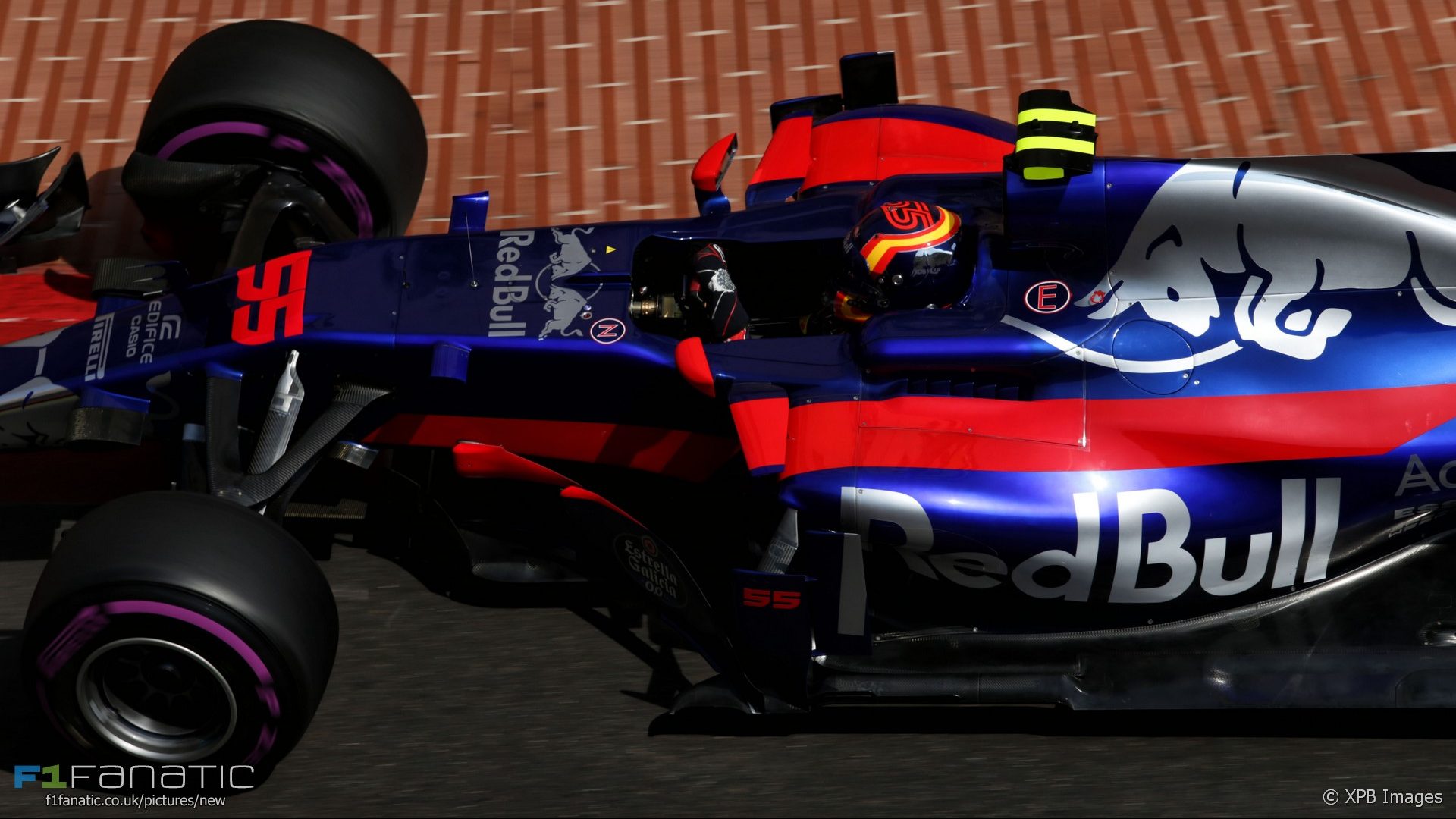 There remains question marks over his qualifying pace too, as long-time team mate Daniil Kvyat was too close for comfort before he was dropped by the team.

Sainz’s highs included some awesome tyres gambles. Starting on slicks at a damp Shanghai looked like madness, particularly when he skated off at the start. But he persevered, profited when the rest had to pit and despite spinning came away with a fine seventh.

He did it again in Singapore. This time he preferred intermediates while most of his rivals started on wets before switching to the more lightly-grooved rubber. After tip-toeing past wet-shod rivals on the the still-damp parts of the track, Sainz saved himself a pit stop and rose to fourth where he finished. No Toro Rosso driver has done better than that since Sebastian Vettel’s Italian Grand Prix win nine years ago.

It wasn’t just in mixed conditions that Sainz impressed. On a dry track in Monaco he took one of his three ‘best of the rest’ finishes (no other Toro Rosso driver had any), quick enough in the early stages of the race to out-run a recovering Hamilton. He then withstood pressure from the eventual world champion.

Contrasting sharply with this were a trio of race-ending errors. He wiped out Lance Stroll in Bahrain, then did the same to the other Williams driver in Canada. In Japan, his last appearance for Toro Rosso, he crashed out on the first lap. Nonetheless up until that point he had almost single-handedly brought them within striking distance of fifth in the championship.

Having narrowly out-qualified Kvyat at Toro Rosso, Sainz found Nico Hulkenberg a much tougher proposition after his mid-season change of teams. He was always going to find it difficult against a driver who’s been at the team all season, of course.

Next year, without the impetus to over-extend himself in the hope of attracting attention from outside Toro Rosso, we will hopefully see a Sainz who is every bit as fast but a touch more restrained.

Made some mistakes in the beginning but was consistently fast enough to warrant an escape out of Toro Rosso making him the first to go from Toro Rosso to anything else but Red Bull. He’s already up on Hulkenberg his level, if you ask me, promising good things.
@FlatSix

What’s your verdict on Carlos Sainz Jnr’s 2017 season? Which drivers do you feel he performed better or worse than him? Have your say in the comments.