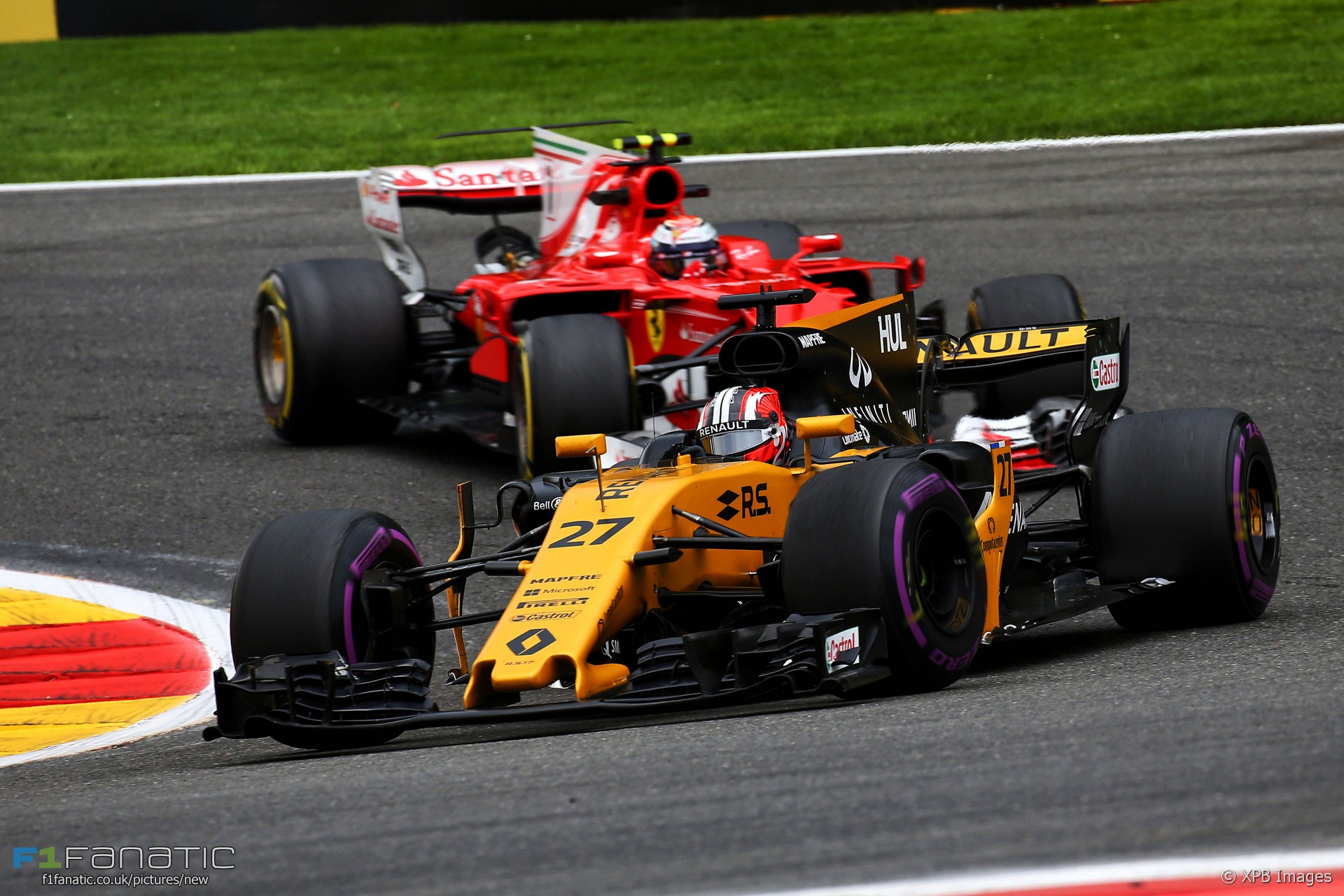 Assessing how well Nico Hulkenberg drove in his first year at Renault is tricky for several reasons: The car was unreliable, its performance from track to track varied quite a lot and he had a poor team mate for most of the season.

Setting all that aside the overall impression is that Hulkenberg raised his game this year. This may have been less down to his change of teams and more to do with the fact Pirelli moved away from producing high-degradation tyres, something Hulkenberg seems to have been particularly sensitive to earlier in his career.

Whatever the cause, Hulkenberg assumed the role of Renault team leader from the off. The car’s race pace was not a match for its one-lap performance earlier in the year, and it took a few races for them to reverse the trend of finishing lower than they had started. Hulkenberg’s strong sixth place in Spain signified that progress was being made.

Hulkenberg made light work of Jolyon Palmer, occasionally aided by getting his hands on new Renault hardware sooner than his team mate. Even when Palmer was replaced by the much more competitive Carlos Sainz Jnr, Hulkenberg retained an enviable qualifying record.

Armed with a major aerodynamic upgrade at Silverstone, Hulkenberg netted the team’s best qualifying position of fifth. He took sixth in the race, running close enough to the leaders to benefit from Vettel’s late puncture. He was sixth again at Spa, where for the second time he had only drivers from the ‘big six’ teams ahead of him.

Technical failures potentially denied Hulkenberg several more points finishes. The most galling failure came in Singapore, where he had been in the hunt for that elusive podium until his car let him down. However he blew his other shot at the top three in Azerbaijan with a clumsy hit against the wall.

However car trouble was the chief reason why he went point-less from Belgium until Brazil. In the finale, needing a decent result to lift Renault past Toro Rosso in the constructors’ championship, Hulkenberg delivered. He took the car into Q3 and kept the Force Indias behind for another sixth place.

Hulkenberg has shown once again impressive performance this year and really waiting to see the fight with his new teammate next year in a probably much improved Renault.
@Jeanrien

What’s your verdict on Nico Hulkenberg’s 2017 season? Which drivers do you feel he performed better or worse than him? Have your say in the comments.