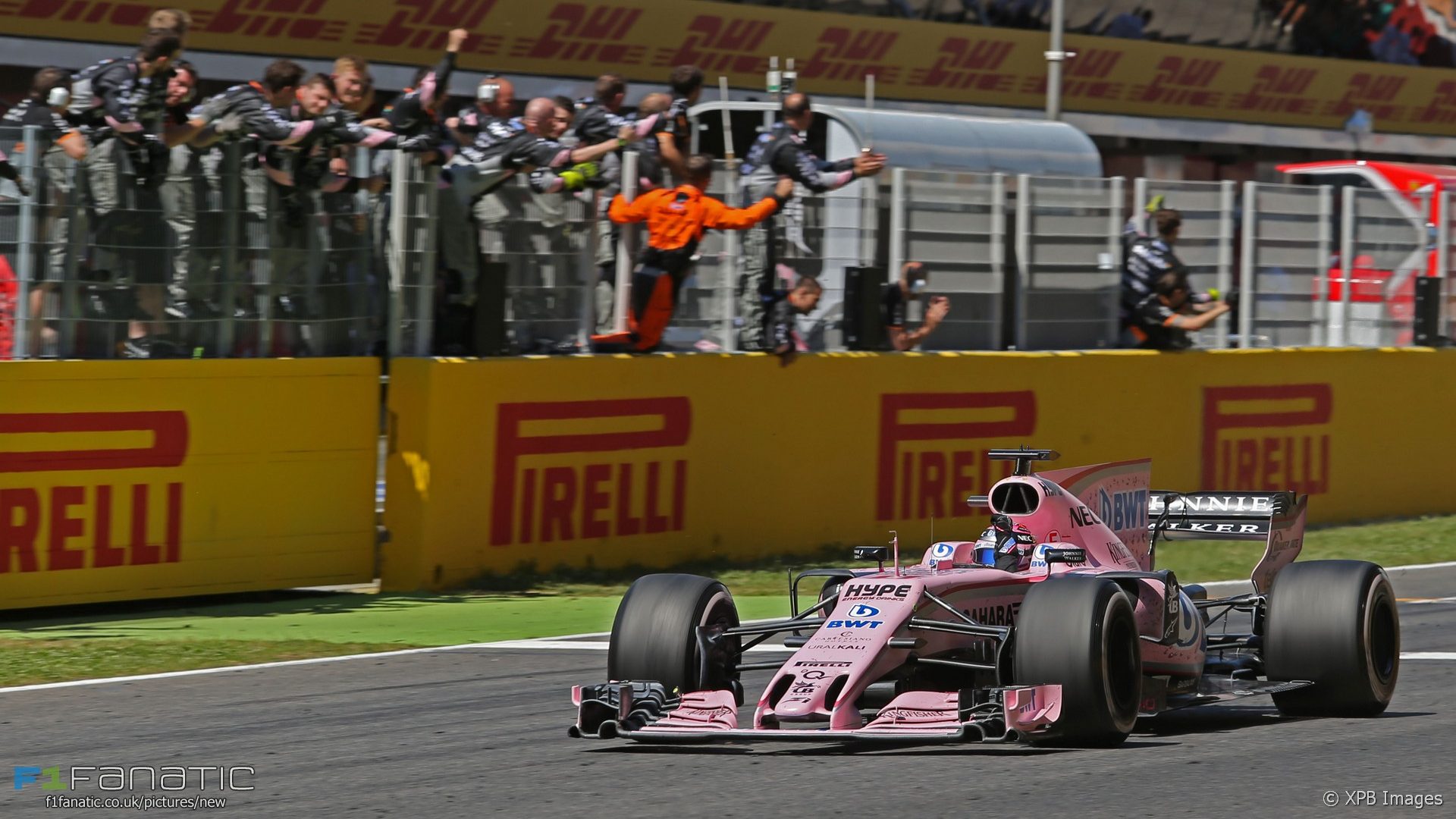 Sergio Perez had his work cut out to keep rising star Esteban Ocon in his place during 2017. He prevailed but it was too close for comfort – hence their consecutive positions in the rankings.

Perhaps Perez could have played this one better. In Canada the team wanted to switch the running order of its drivers and asked Perez to let Ocon by, telling him the positions would be reversed if Ocon failed to gain any ground. Perez wasn’t having any of it.

This sowed the seeds of the discord which followed and ultimately led to the collisions between the pair at Baku, Hungaroring and Spa. Of course Perez does not solely carry the responsibility for these: he had as much chance to avoid them as his team mate.

Eventually it led Force India to forbid their drivers from racing each other. Perez therefore had to sit behind his team mate in several of the later races.

This was a classic case of two drivers with similar strengths in the same cars finding each other on a collision course. Perez was every bit as consistent as his team mate, right down to the detail of his non-score in Monaco, where he collided with Daniil Kvyat. Those clashes with Ocon cost him points finished in Azerbaijan and Belgium too but at every other race he finished in the top ten.

Early in the season, before Ocon had got into his stride, Perez bagged plenty of points in a car which wasn’t as competitive as it became later in the year. His recovery drive to seventh from 18th on the grid in Bahrain was particularly special. In Spain he was quick enough that it didn’t matter he lost time in the pits, and earned a season-best fourth for the team.

After a strong fifth in difficult conditions in Singapore, Perez produced one of the grittiest drives of the year in Malaysia. Despite being so unwell he was on a drip before the race began, he rose from ninth on the grid to finish sixth.

For the third year running Perez faced disappointment at home. As well as running behind Ocon the Virtual Safety Car cost him a place to Lance Stroll. But Ocon’s retirement in Brazil meant Perez ended the year as the top driver in ‘class B’. He can expect a tougher time from his team mate next year, though.

He did outscore his team mate, but was clearly rattled by him, and had quite a few silly moments throughout the year. Since Spain he was outscored 68-66. Still did well though, and continues to be one of the ‘best of the rest’. Season will mostly be remembered for his battle with his team and team mate.
@Hugh11

What’s your verdict on Sergio Perez’s 2017 season? Which drivers do you feel he performed better or worse than him? Have your say in the comments.