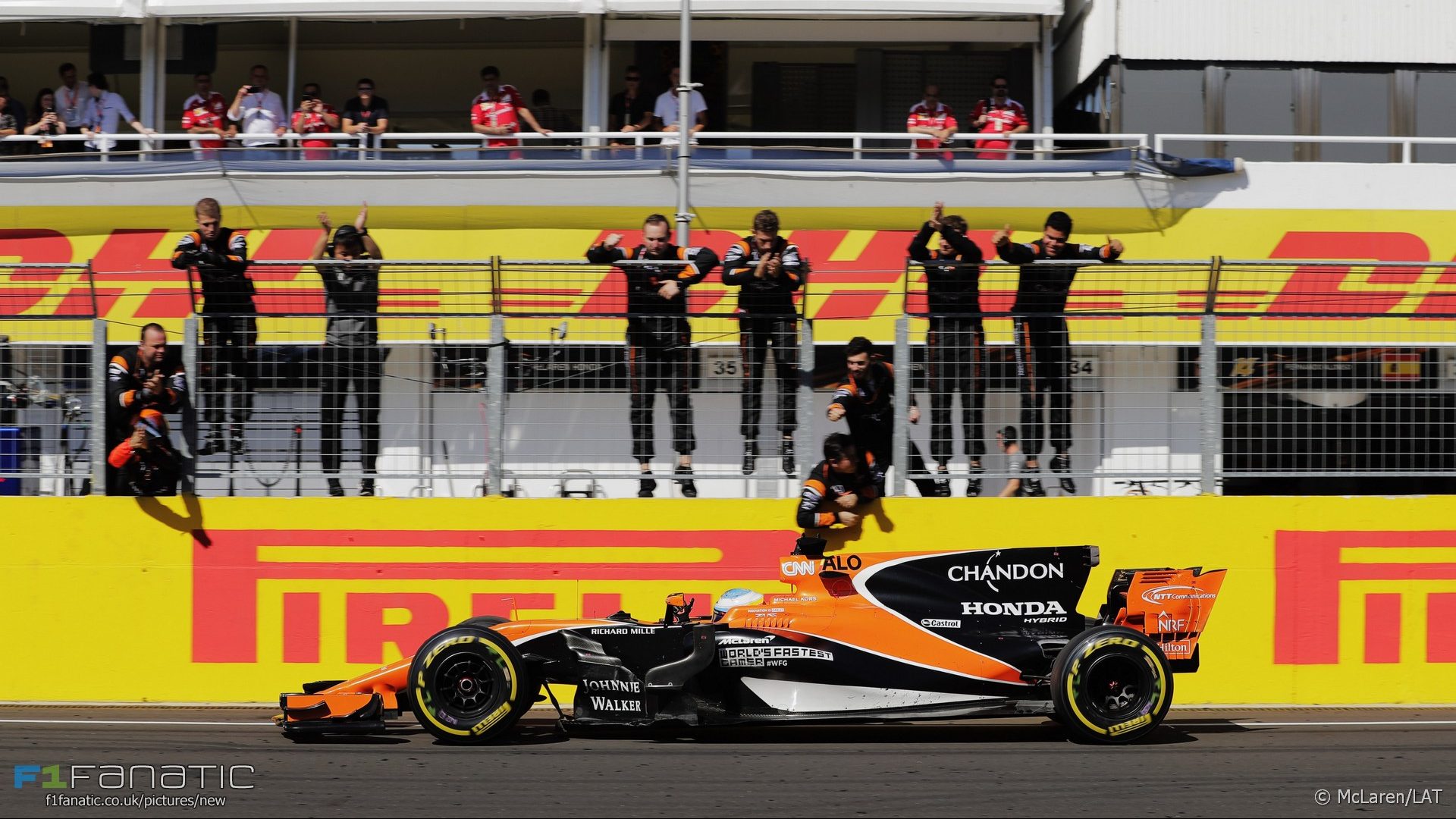 Perhaps Fernando Alonso could have driven an even better campaign than the three remaining drivers ahead of him on this list.

But his McLaren-Honda let him down so often it was seldom possible to tell. So much so that he even took the unprecedented step, in the modern era, of missing a round of the world championship to drive in the Indianapolis 500.

Alonso isn’t one to merely let his driving speak for itself. As well as talking up his own contributions he even took periodic swipes at other rivals in more competitive cars. This included Valtteri Bottas, who before the season began landed in the Mercedes seat Alonso coveted but could not have because of his ‘history’.

But in between regular stoppages to have yet another Honda power unit component exchanged for another, Alonso drove beautifully in 2017. Despite a horrendous slog through pre-season testing he was running in the points at the very first race before the inevitable breakdown occurred.

When the opportunity presented itself he almost always delivered. At home, on a track where engine performance was less critical, he qualified an excellent seventh. He emerged from the chaos of Baku with the team’s first points of the year in spite of his car’s vulnerability on the track’s long straights. In a damp Q1 at Silverstone he risked slicks and headed the times sheet.

Three tracks offered McLaren their best chances of success in 2017. Although he was absent in Monaco, he was ‘best of the rest’ in Hungary after passing Carlos Sainz Jnr (the only such result for McLaren all year) and qualified strongly in Singapore before being taken out at the start.

On other occasions it was simply a case of taking the best result available. Power unit grid penalties sent him to the back of the grid at Suzuka, but from there he nearly made it into the points.

He was seldom troubled by rookie team mate Stoffel Vandoorne, except in Malaysia. After that Alonso reasserted himself over the final races, scoring in all of the last three.

His attempts to resist Sebastian Vettel and Lewis Hamilton’s far quicker cars in Mexico were only every going to fail, but he put up a tough fight against both. In Abu Dhabi, despite his straight-line speed deficit, he was one of few drivers to complete an on-track pass.

Alonso relished F1’s return to more durable tyres and higher downforce cars in 2017. He gave every indication that he is ready to deliver with a more competitive car next year.

Alonso has a remarkable way of coming out of poor situations with a better reputation than he started with and his second McLaren spell has been no different. The Honda engine somehow got worse between 2016 and 2017 and it was a usually surprise to see Alonso cross the finish line, let alone in the points. He’s almost always been faster than Vandoorne, dragged the McLaren to heights it has not deserved and it would have been interesting to see where he ended up in Singapore had he not been wiped out. 2018 with Renault engines opens the door for Alonso to at least be battling the Red Bull’s, so we should see more of him.
@Ben-n

What’s your verdict on Fernando Alonso’s 2017 season? Which drivers do you feel he performed better or worse than him? Have your say in the comments.