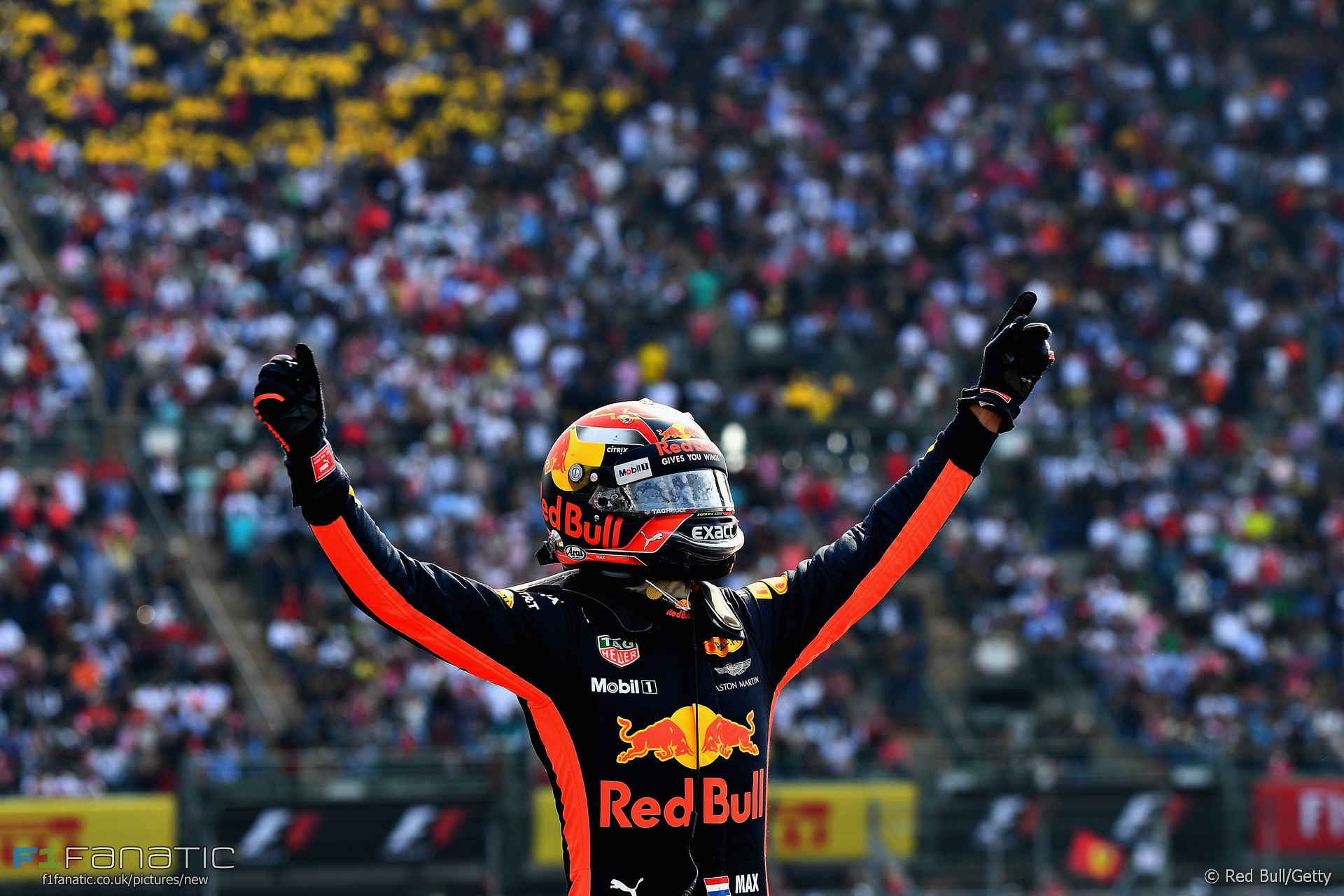 Max Verstappen is arguably the most spectacular driver in Formula One today. So it was especially unfortunate that he completed the fewest racing laps of any full-season driver.

The 20-year-old superstar’s critics would have you believe this is because he is reckless. But he shouldn’t be blamed for any of the seven occasions he failed to finish in 2017.

Four of these were caused by technical failures, which had a habit of striking when he’d worked his way up into competitive positions. Such as when he was holding second in Canada, or leading Daniel Ricciardo in Azerbaijan where his team mate went on to win. His other three retirements were first-lap incidents, in none of which was he a guilty party.

In what was usually the third-quickest car, Verstappen finished at least fifth every time he saw the chequered flag, with a single exception. This was Monza, where a tangle with Felipe Massa while recovering from a power unit penalty in qualifying spoiled his day. It was a rare exception to a season where he usually blended aggression and speed with the flair of a seasoned veteran.

Round two in China was a superb example and one of his best drives of the year. From 16th on the grid (power unit problem again) he made rapid progress, passing Kimi Raikkonen in style and putting one over his team mate too. A slight mistake while Sebastian Vettel was homing in on him was the only slip-up on his way to an excellent third.

Astonishingly, that was his last visit to the podium until round 15 in Malaysia, where he won. The intervening races included all of those seven retirements and a handful of points scores. No wonder he began hinting about life outside Red Bull.

This period also included his most significant error of the year, when he knocked Ricciardo out of the race in Hungary. Ricciardo’s fuming reaction “sore loser” on the radio said a lot. He had manoeuvred his way ahead of Verstappen at the start, putting himself in a great position to beat his team mate. At this point in the year Verstappen was 2-1 up on race finishes over Ricciardo, having followed his team mate home in Monaco after a strategic error dropped him behind. Perhaps that rare ill-judged lock-up was borne from desperation not to let Ricciardo draw level.

It took until the second half of the year for the team to really find its way with the RB13. Once they did, Verstappen delivered with that breakthrough win, a battling second in Japan and another win in Mexico where he upstaged the title contenders with a magnificent move to take the lead at the start.

Then there was the matter of Austin, where he carved his way through the field to take fourth place. This had been third on the road before his (correct and consistent) penalty for cutting a corner to pass Raikkonen.

These typically small errors are not a great price to pay for a driver of Verstappen’s extraordinary speed and flair for racing. And he’s still getting better.

If it wasn’t for his awful luck the most of the year, I’d say he would have the same amount of points as Ricciardo, maybe even more, since Malaysia his form has been brilliant, and if reliability holds he may be a threat next year.
@Arobbo

What’s your verdict on Max Verstappen’s 2017 season? Which drivers do you feel he performed better or worse than him? Have your say in the comments.