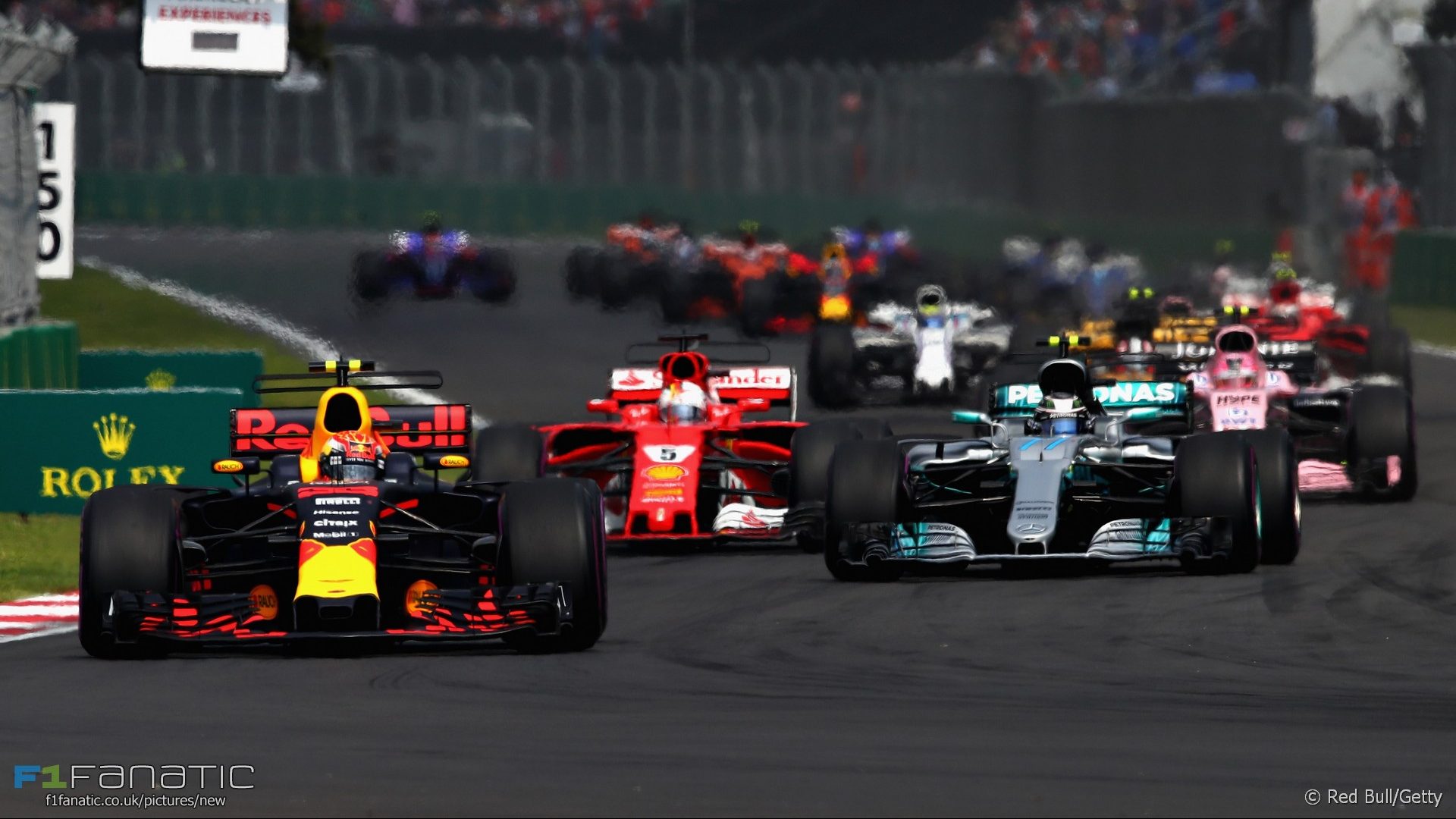 Who went all year without collecting a penalty? Which driver tended to finish one place lower than he started?

Here’s 20 season-defining stats on the drivers who did the most races this year: He won the most races, so it’s no surprise Lewis Hamilton also led the most laps. Fittingly, he was in front for 44% of the entire 2017 season. He also scored points in every championship round, something only Michael Schumacher has done. Valtteri Bottas was the best qualifier of 2017 on average: He only started lower than sixth place due to penalties and averaged third place on Saturdays. He even started six of the first seven races from that position. On average Daniel Ricciardo finished more than four places higher than he started this year which was by far the best record of any driver who did the full season. Although he was out-scored by Ricciardo over the season, Max Verstappen spent more than twice as many laps ahead of his team mate as he did behind him. No one had a bigger points margin over their team mate at the end of the year than Sebastian Vettel: He beat Kimi Raikkonen by 112 points. For the second year in a row, Sergio Perez was the highest driver in the championship not driving for one of the ‘big three’ teams (Mercedes, Ferrari and Red Bull). He also finished in that position four times, the most of any driver, an achievement he shared with his team mate. Esteban Ocon won the fair play award (though perhaps his team mate would have something to say about that): He was the only driver to go all year without picking up a penalty of any kind. The only driver to reach the podium in a car other than a Mercedes, Ferrari or a Red Bull was Lance Stroll in Azerbaijan. Alonso led 27 laps in the Indianapolis 500 which was the first time he’d led a race for more than a thousand days. In contrast the highest place he held during an F1 race was fifth. With a whopping 218 places of grid penalties, Stoffel Vandoorne was the most penalised driver of 2017. Carlos Sainz Jnr had the most retirements due to crashes with four: He hit Lance Stroll in Bahrain, Felipe Massa in Canada, was taken out by Daniil Kvyat in Britain and spun out in Japan. Before he was dropped, Daniil Kvyat ran Carlos Sainz Jnr close in qualifying. Kvyat averaged just 0.034 seconds slower than his team mate, the closest fight between any two team mates all year. Haas finished ‘best of the rest’ – with only Mercedes, Ferraris or Red Bulls in front of them – just once all year, courtesy of Romain Grosjean in Austria. Haas was the only team in which just one of its full-season drivers failed to reach Q3. That was Kevin Magnussen, who missed the top ten every time while Romain Grosjean got there on five occasions. Only two drivers who entered every race had an average finishing position which was worse than their starting position. Nico Hulkenberg had the worst record: On average he finished every race one place lower than he started. The worst record against a team mate in qualifying in 2017 belonged to Jolyon Palmer. He was 0.838 seconds slower than Nico Hulkenberg on average over the 16 races they were paired at Renault. No one had more Q1 departures than Marcus Ericsson. He dropped out in the first round of qualifying in 18 of the 20 races. Melbourne (above) was one of his few Q2 appearances. Pascal Wehrlein was the only driver who completed most of the season and scored points despite his team mate failing to do so.

Have you got a killer stat on any of this year’s drivers? What’s your favourite factoid on the 2017 season? Share them in the comments.