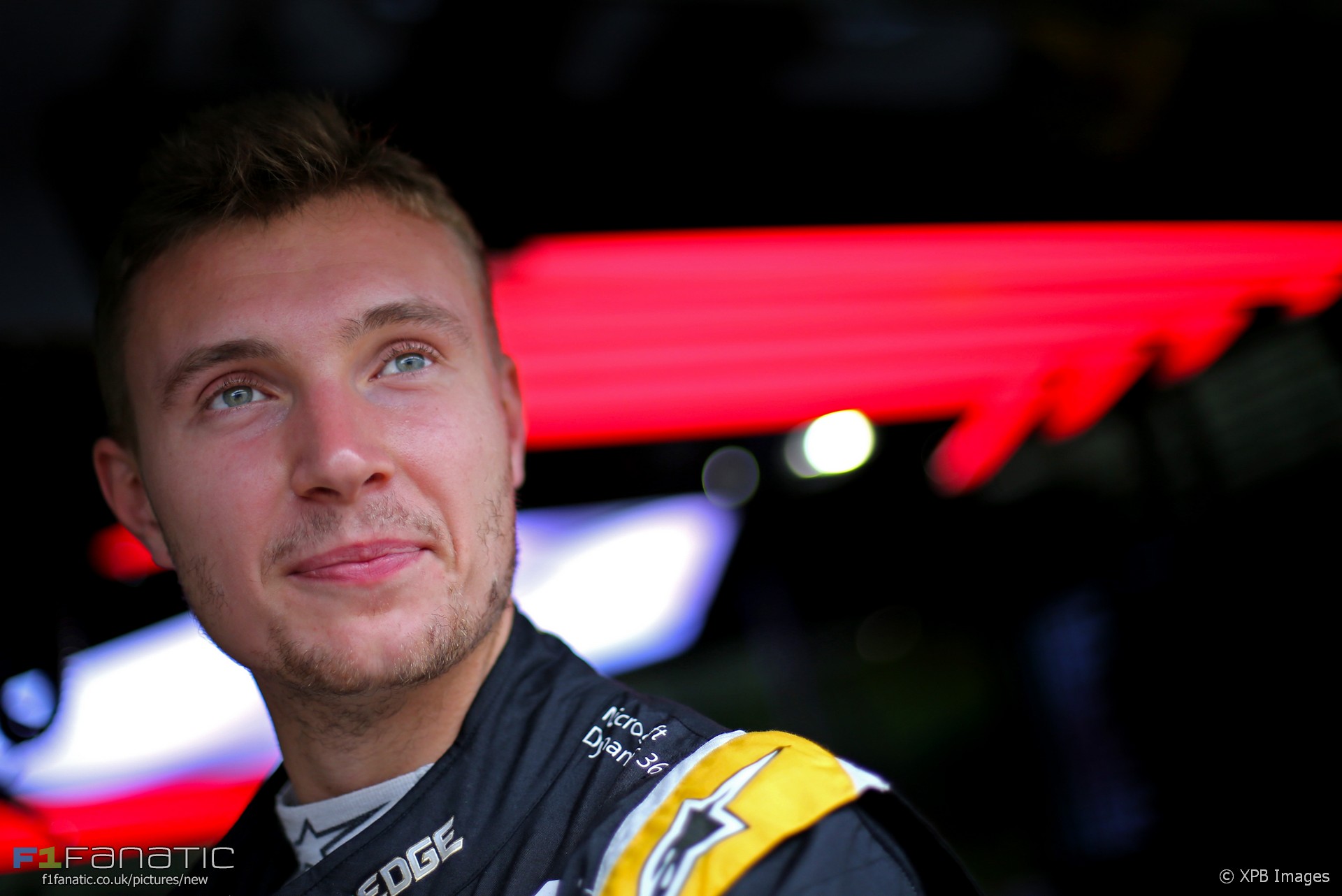 Sergey Sirotkin emerged as a surprise contender for the final place on the 2018 grid and was chosen by Williams to partner Lance Stroll this year.

His presence on the grid means Russia will continue to have a home driver for its grand prix. But how did Sirotkin get to F1, and how much promise has he shown? Here’s a quick introduction to Russia’s latest F1 driver.

Sirotkin’s name hit the headlines five years ago when Sauber announced he was going to race for them in 2014. Had the deal come off Sirotkin would have become the youngest F1 driver to date, at 18 years old.

His connection to Sauber came as the team arranged a deal with a group of Russian companies including the National Institute of Aviation Technologies, run by his father Oleg Sirotkin. However the team eventually selected Adrian Sutil and Esteban Gutierrez as its race drivers for the new season, leaving Sirotkin to do test work.

He was one of the first drivers to run at Sochi

Sauber got maximum PR value from their tie-up with Sirotkin, giving him his first run in an F1 car at Sochi while the track was being readied for the first Russian Grand Prix. He made his F1 debut in the first practice session that weekend.

After leaving Sauber, Sirotkin landed at Renault who nominated him as their reserve driver last year. As well as a handful of practice session outings he was tested alongside Robert Kubica as the team weighed its options for 2018. The eventually decided to hire Carlos Sainz Jnr from Toro Rosso.

Williams is the third team Sirotkin has driven for and following another side-by-side test alongside Kubica at Yas Marina, Sirotkin finally landed an F1 race seat.

He knows the competition

Sirotkin may have taken longer to come through the junior categories than planned but it’s given him the opportunity to size up many of the rivals he’ll be up against in 2018. Two years in the now-defunct Formula Renault 3.5 championship saw him go up against the likes of Sainz, Kevin Magnussen (both champions in the category), Stoffel Vandoorne and Esteban Ocon.

He then moved into GP2 (now Formula Two) where he went up against Pierre Gasly and fellow newcomer Charles Leclerc.

One of the high points of Sirotkin’s spell in Formula Renault 3.5 came at his home track in 2014. He participated in the first race at Moscow Raceway in 2012 as a last-minute sign-up for the BVM Target team, and came home last. Two years later, now with the more competitive Fortec squad, Sirotkin won from pole at home.

After a difficult second season in GP2 – he finished third for the second year running – Sirotkin spent much of last year on the sidelines. He did four practice outings for Renault but various problems limited him to no more than 10 laps in all bar one of them.

However he did make his debut at Le Mans. SMP Racing, Sirotkin’s sponsors, put together an all-Russian LMP2 entry for him, Mikhail Aleshin and Victor Shaytar. A technical problem cost them around an hour and they finished 16th in class.

Sirotkin’s most recent championship success came in the Formula Abarth European series in 2011. However with better luck he might have been a double champion that year.

Racing in the Italian series for the same cars Sirotkin was on course to win the season-opening race at Mugello. But as he accelerated out of the final corner his engine let go and team mate Patric Niederhauser beat him to the line. Niederhauser went on to take the title, but had Sirotkin’s engine not let him down it would have been his.

Are you rooting for Sirotkin this year? Here’s how you can show your support for him and all the other drivers on the grid on F1 Fanatic:

28 comments on “Russia’s new F1 driver: Seven things you should know about Sirotkin”