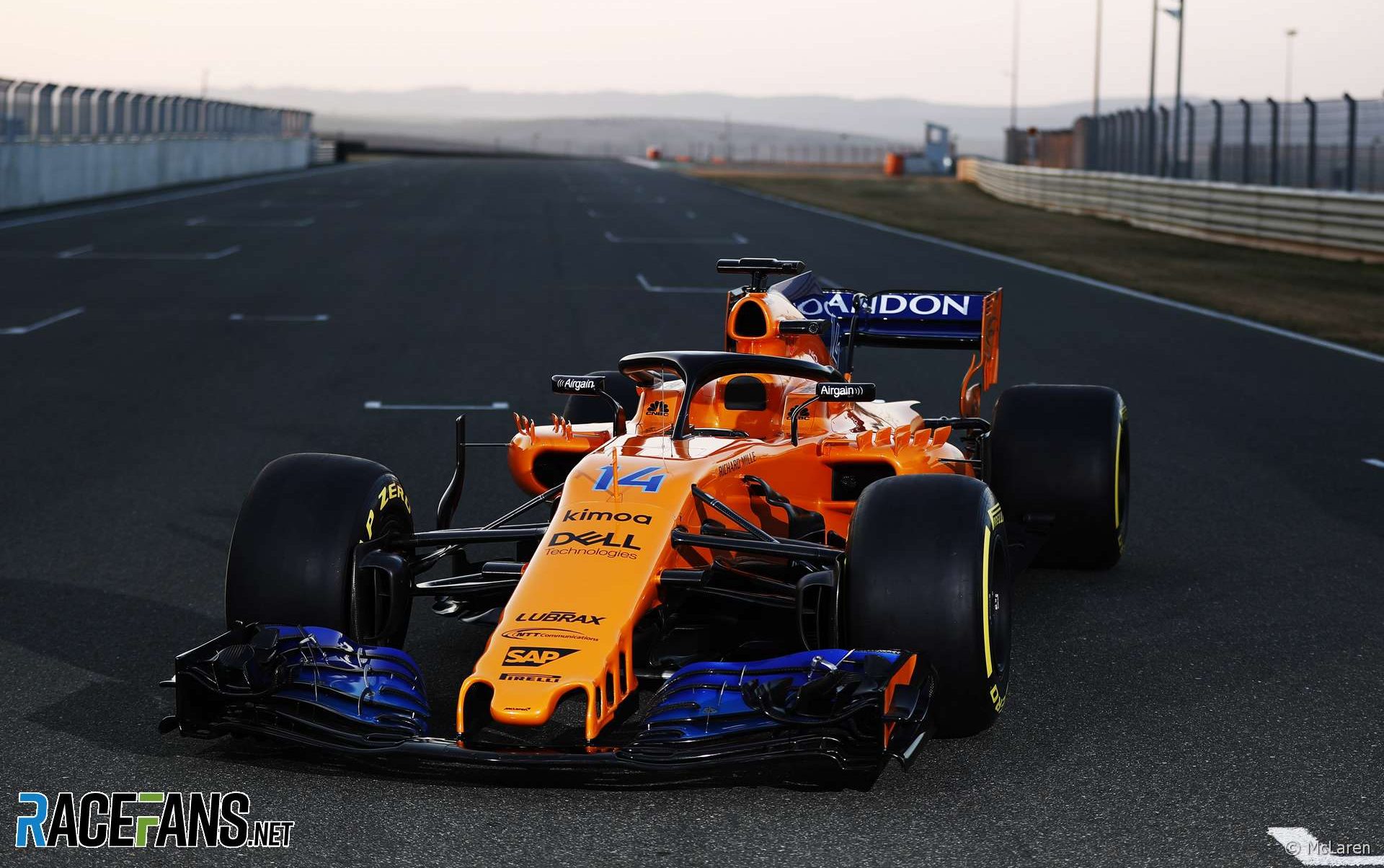 McLaren has revealed its new car for the 2018 F1 season.

The team has switched from Honda to Renault power and racing director Eric Boullier praised the work that had been done to accommodate the change.

“The design, engineering and aerodynamic departments have done an incredible job delivering a new car with a new power unit in an extremely short timeframe,” he said. “We never took the easy route or looked to shortcut a process or a solution; and the result is a car that is neat and well-resolved.”

Fernando Alonso said he feels “incredibly excited but also apprehensive” about the new car. “I know just how important this car is to the team, and I just hope that it delivers in the way we all want it to.”

Alonso is entering his fourth year with the team since returning to them in 2015. In that time they have endured three disappointing seasons with Honda power, leading to the switch to Renault.

“If we’re able to develop the key strengths of last year’s chassis and marry it to an improved Renault power unit, then I think we’ll be able to take a step forwards,” said Alonso. “The car certainly looks very neat and well thought-out, and I think the new colour looks really great; really eye-catching.”

For the second year in a row the car sports a much-changed livery. The team has reverted to elements of its heritage McLaren colouring featuring a shade of orange called ‘papaya spark’.

“It demonstrates that we are listening to our fans, building deeper engagement with them and the Formula 1 community as a whole,” he said.

Brighten up the dark areas of McLaren’s launch pictures of the MCL33:

This article will be updated